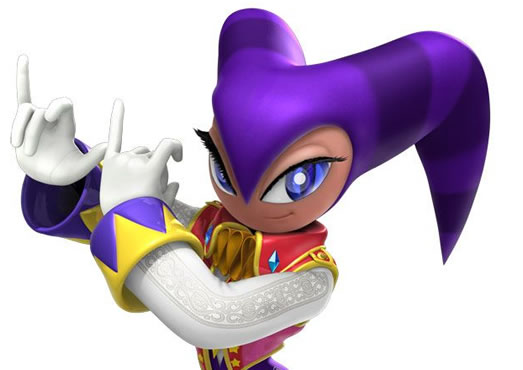 IGN has a new interview with NiGHTS Journey of Dreams Producer, Takashi Iizuka:

IGN: Give us some examples for how you’ll use the Wii remote to control the NiGHTS in the game.

Takashi: …Our ultimate goal is to create an experience that blends the “fun” flying sensation of NiGHTS with the player’s interactivity with the controller. Initially, we envisioned using the Wii remote as sort of a “magic wand”, where NiGHTS could be directed simply by movements of the controller. But with any new input device, we were finding some limitations using just the remote. That is why we are also designing the game to be played using the remote with the Nunchuk for a more “traditional” control configuration…

IGN: Will there be cooperative and online modes? Please explain how they work.

Takashi: Currently, we are investigating a number of features that will utilize the Wii network capability. But, at this time we have not decided on any specific functionality yet. Ultimately, we would like to have multiplayer functionality as well as a way to tap into the Nintendo network where players could share their game experience on a world-wide level.

Can’t wait for more screens and/or videos of this in action!