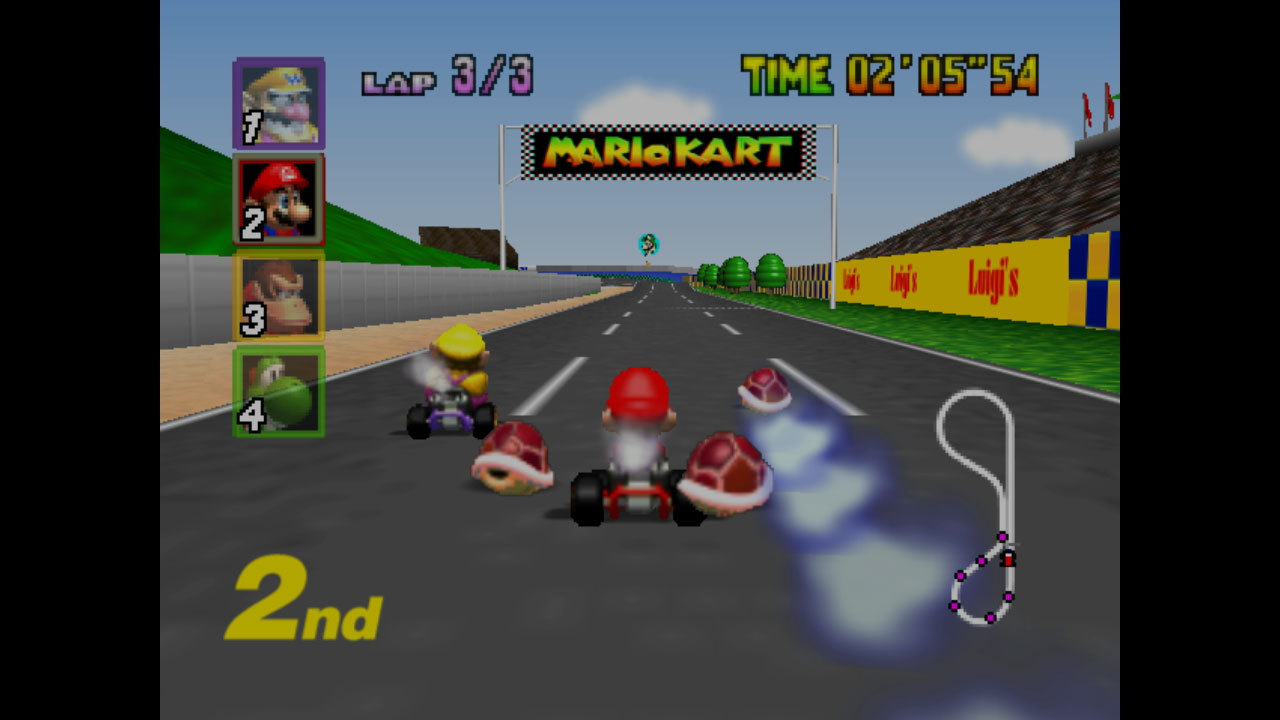 Put the pedal to the metal in this worthy Nintendo 64 successor to the Super NES classic, Super Mario Kart. (Graphic: Business Wire)