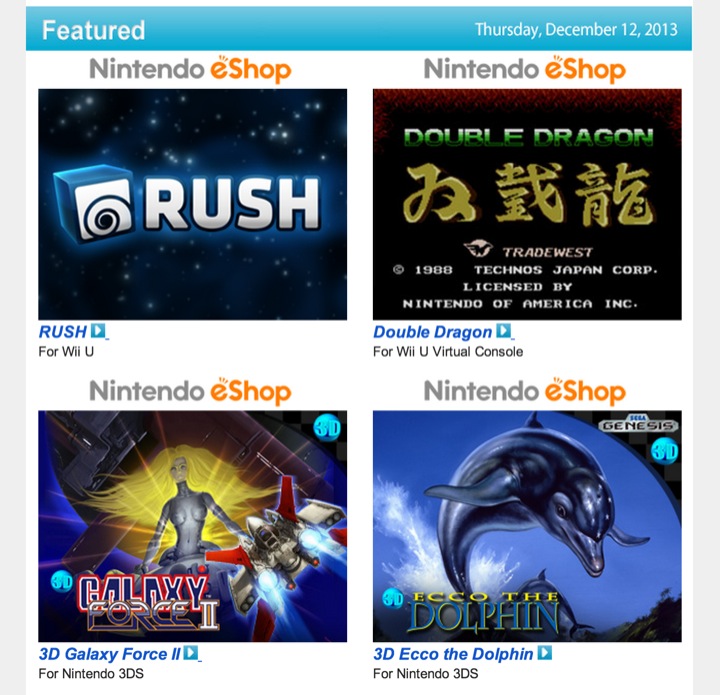 I was hoping for Super Mario Bros. 3 on the Virtual Console but we have a decent selection to choose from this week.  Rush is now available for download on the Wii U.  Double Dragon is also available for not only the Wii U Virtual Console, but also the 3DS Virtual Console.  SEGA also has two more 3D Classics making their debut today: 3D Galaxy Force II and 3D Ecco the Dolphin.

Which games are you picking up?  I may have to pick up Double Dragon myself.

RUSH
For Wii U