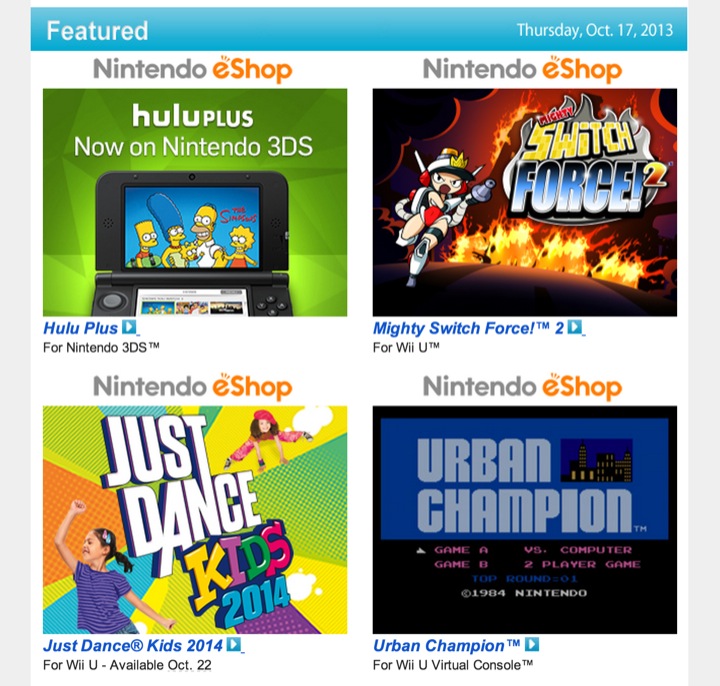 Another week, and another group of eShop games and sales.  The featured item for this week is the availability of Hulu Plus on the Nintendo 3DS.  I’m not sure how many people will use it but it’s nice to know it’s there if you need it.  Mighty Switch Force! 2 makes its way on to the Wii U eShop along with Just Dance 2014 (Oct. 22) and Deus Ex: Human Revolution – Director’s Cut (Oct. 22).

What games are you excited about this week?

Hulu Plus
For Nintendo 3DS™

Mighty Switch Force!™ 2
For Wii U™