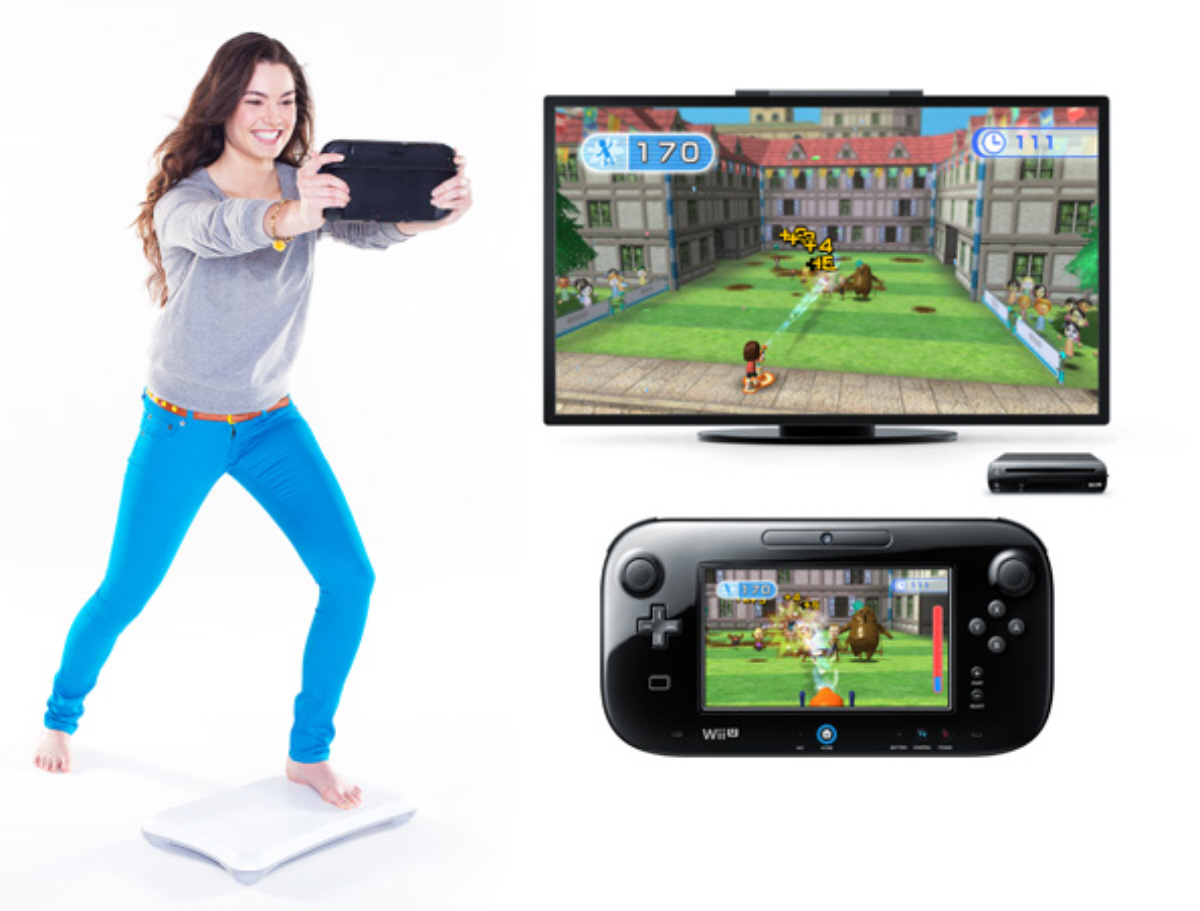 Nintendo has announced they will be offering the ability to download Wii Fit U for free.  Between Nov. 1, 2013, and Jan. 31, 2014, consumers will be able to download the full version of Wii Fit U and use it for free for one month. The free month trial starts the day the game is downloaded and will give access to all 77 activities. All that is needed to take advantage of this offer is a balance board and a wireless internet connection.

[expand title=”Click here for the full press release”] REDMOND, Wash.–(BUSINESS WIRE)– Nintendo is offering Wii U owners a chance to download a full version of Wii Fit U for free. Starting Nov. 1, Wii U owners can download a complete version of the game and get a head start on their New Year’s fitness goals by trying out all the activities found in the game for a full month – at no cost. All users need is a Wii Balance Board and a Wii U system with a broadband Internet connection. Consumers can keep their trial copies of Wii Fit U at no additional cost by simply purchasing and syncing a Fit Meter to the game. Nintendo announced the special offer along with a number of items related to active gaming during a Nintendo Direct video. To view the Nintendo Direct in its entirety, visit http://www.nintendo.com/nintendo-direct.

“Wii Fit U is all about ‘fun fitness’ for everyone in the family,” said Reggie Fils-Aime, Nintendo of America’s president and COO. “With this special offer, Nintendo is making it easier than ever for families to get active and stay active, making now the perfect time to upgrade to Wii U. This is another example of the kind of value and variety that only Nintendo can offer.”

The full Wii Fit U software will be downloadable from the Nintendo eShop between Nov. 1, 2013, and Jan. 31, 2014, and will work for a month from the day it is first played. During the trial period, users can stay active with 77 different activities, including 19 new training activities, many of which take advantage of the Wii U GamePad controller. Users who want to continue using Wii Fit U beyond the trial period can purchase a Fit Meter accessory and sync it to their Wii Fit U software at any time. This will allow them to continue playing Wii Fit U forever. The Fit Meter will be available Nov. 1 in black/silver at a suggested retail price of $19.99.

The Fit Meter accessory is much more than a pedometer – it’s an activity meter that tracks a wide range of everyday activity. It records not only the number of steps a user has taken, but it also takes into account the intensity of those steps – for example, was the user running or walking? The Fit Meter also measures altitude, so wearers get credit for climbing stairs or walking uphill. All of these data points combined provide users with an accurate overview of their day’s activity, including a detailed calculation of the number of calories they burned. This data can then be transferred wirelessly to Wii Fit U via the Wii U GamePad with just a touch of a button. The Fit Meter transforms users’ everyday lives into workouts, encouraging them to get active and stay active.

Wii Fit U features all of the strength training, yoga and fun fitness games that have made the Wii Fit series so popular. Plus, there are new games that combine the Wii Balance Board and Wii U GamePad, including new dance routines such as hip-hop and salsa that work out various parts of the body through simple dance moves. The game also gives players more ways to create their own custom workout routines. Users can also create or join a Miiverse Gym Community to share tips and support with other Wii Fit U users who have similar goals. Or people can create closed communities made up exclusively of their friends. The communities will help people stay motivated by giving them a venue to discuss their fitness progress with others.

For those who choose not to participate in this special offer, Wii Fit U launches both as a packaged game on Dec. 13, 2013, and as a full game download in the Nintendo eShop on Feb. 1, 2014.

Some other announcements today included:

The five beloved sports from the original Wii Sports – bowling, tennis, baseball, boxing and golf – are making a dramatic and competitive return on Wii U. The games are being released individually as downloads in the Nintendo eShop featuring HD graphics, enhanced controls via Wii MotionPlus technology, as well as a much-requested online multiplayer versus mode, so users with broadband Internet access can face off against competitors online. And that’s where the “Club” part of Wii Sports Club comes into play. Players will be registered to state or regional clubs and will be able to chat with one another via Miiverse during matches. People will be able to play casually against members of their own club, or take on members of rival clubs to increase their club rankings.

Tennis and Bowling will be the first two sports available in the Nintendo eShop on Nov. 7, with Boxing, Baseball and Golf scheduled to launch in the months ahead. Wii U owners who download Wii Sports Club will get a trial pass that will let them play any available games for a 24-hour period from when the Wii Sports Club game is started. Once the trial period ends, players can purchase a Day Pass for $1.99 in the Nintendo eShop to play all available sports for a 24-hour period, or can buy permanent access to individual sports for $9.99 each.

Wii Street U Powered by Google

An update to Wii Street U Powered by Google is now available that incorporates the Wii Balance Board. People can walk the streets of familiar or exotic locales simply by taking steps on the Wii Balance Board, as the TV displays a streetscape from Google Maps. The Wii Street U Powered by Google application is currently available as a free download in the Nintendo eShop until Oct. 31.

Remember that Wii U features parental controls that let adults manage the content their children can access. For more information about this and other features, visit http://www.nintendo.com/wiiu.
[/expand]