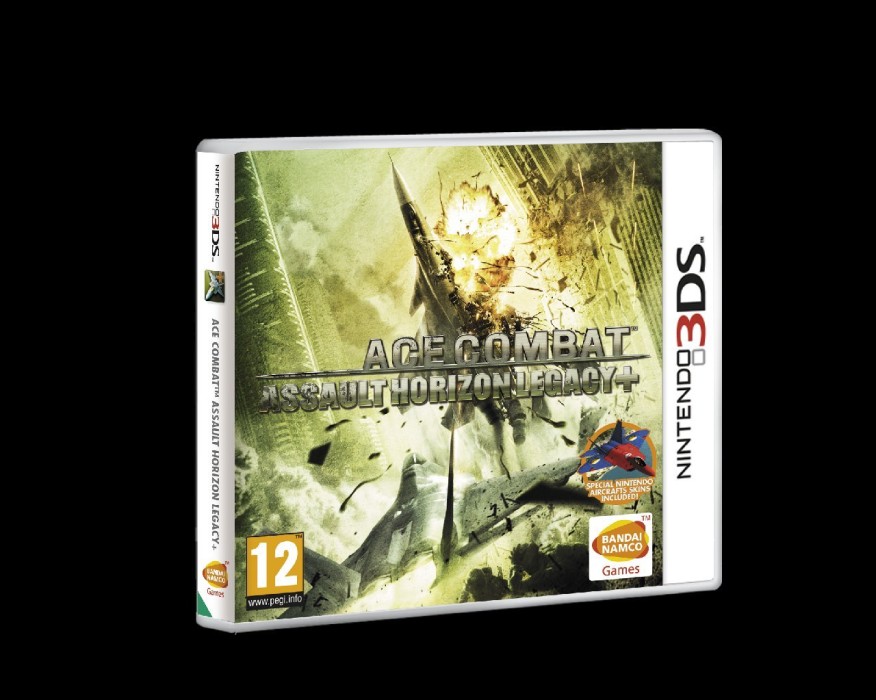 It’s been four years since the original version of Ace Combat Assault Horizon Legacy released on the Nintendo 3DS. And while that particular title was very well received, Access Games has decided to re-master the 2011 flight-combat simulator but this time on the New Nintendo 3DS system. With added features not seen in the original version, along with additional buttons on the handheld system itself, Ace Combat Assault Horizon Legacy Plus aims to provide a more definitive experience to the video game when compared to its predecessor. Does this title deliver what it aims to hit?

Find out in my review.

Soaring through the sky and shooting down enemies with machine gun fire and locked missiles, felt decent in Ace Combat Assault Horizon Legacy Plus. I noticed my aircraft felt a bit heavy when it came to making sharp turns and quick maneuvers during intense dog-fights but having the option to upgrade or switch aircrafts before each mission, proved to be a decent solution to a minor dilemma. But what I cannot disregard is the fact that the video game doesn’t quite utilize the New Nintendo 3DS to its full potential. For instance, the New Nintendo 3DS system includes two new trigger buttons, ZL and ZR, 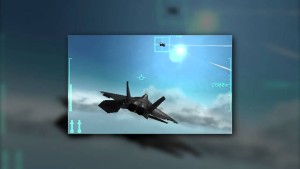 but only uses them to re-emulate the same actions as the L and R buttons; which are to break and boost your aircraft. Instead of using the ZL and ZR buttons as speed alternatives, they could have been implemented as sharper turn options for pilots, allowing them to fly vertically instead of only being allowed to glide to the left or the right.

If there is one universal truth when it comes to re-mastered video games, it is that developers try to re-invent the wheel to some extent or include new features or missions to the existing title in hope of extending gameplay or replay value. While that seems to work in some cases, re-inventing the wheel or adding new missions to this particular title seems to be a missile shot in the wrong direction and unfortunately causes the video game to fall flat mid-way through.

Ace Combat Assault Horizon Legacy Plus is a beefy video game that includes 23 missions and over six hours of gameplay. While that sounds impressive the action packed mentality of the video game flat-lined after the first hour of playing. This unfortunately caused the experience to feel repetitive and eventually boring due to the over saturation of escort missions and typical “destroy the enemy aircraft” objectives. Although this titles main focus seems to revolve around air-based combat, switching vehicles and aircrafts like in past installments would have remedied the video games staleness and would have kept the experience fresh and interesting. I found the lack of vehicle diversity a-bit disappointing and can’t seem to understand why the inclusion of tanks and helicopters were left out of this installment of Ace Combat. Tanks and helicopters can blow stuff up too.

This iteration of Ace Combat can be played on a variety of Nintendo 3DS and 2DS systems. However, utilizing the New Nintendo 3DS platform seems to be the targeted selling point for this title. With that said Amiibo support is included in the latest installment of the Ace Combat series due to the systems NFC functionality, but only seems to provide a mediocre experience in regards to supporting Amiibo. For example, the video game manages to grant access to several plane skins but does nothing to enhance the overall gameplay; making Amiibo support more of an aesthetic preference, rather than a necessity. It would have been nice to fight along-side Mario, Bowser, Zelda or Link during an intense dog-fight but instead causes the implementation of Amiibo support to be an unnecessary add-on and is truly in the eye of the beholder.

Ace Combat Assault Horizon Legacy Plus is an adequate flight-combat simulator for the Nintendo 3DS but doesn’t manage to provide a definitive gaming experience for those who own the New Nintendo 3DS. Flight and combat are things to be expected in this title, but occurrences seem to drag and feel a-bit repetitive after the first hour of gameplay, causing the purchase of this title to fall more in the hands of aircraft enthusiast rather than the curious and intrigued. Those who are Amiibo purest will gain a little more out of the experience due to the video games Amiibo supported functionality but should not expect too much in regards to extending gameplay, only because Amiibo grants plane skins; not nostalgic co-pilots.