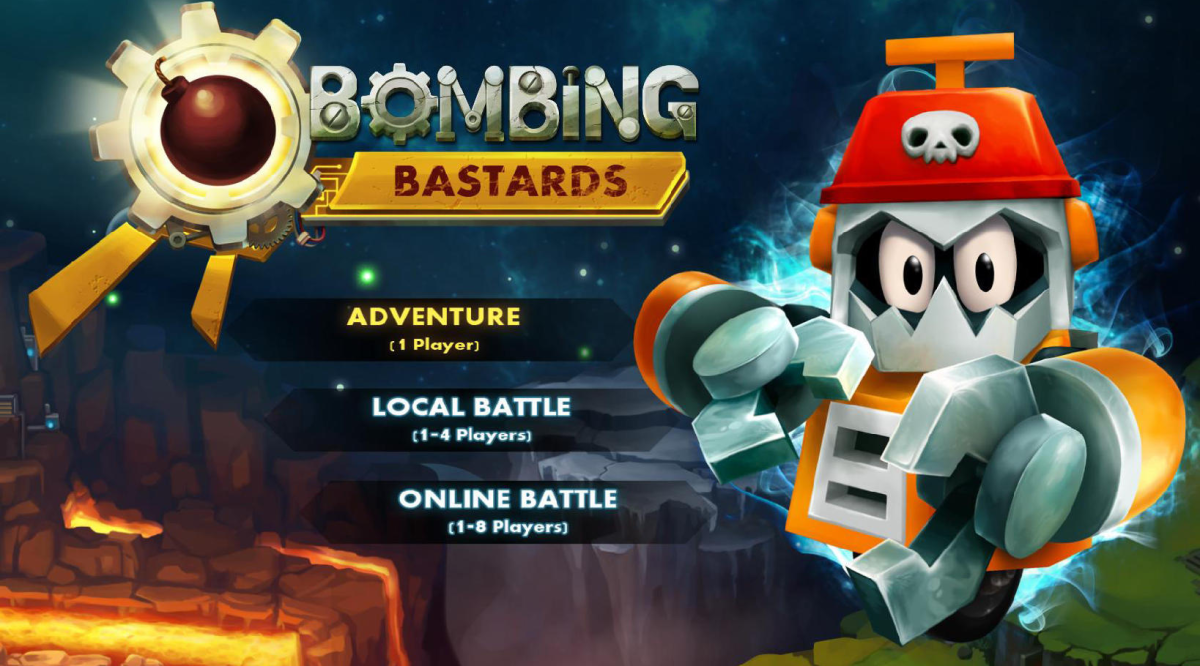 Bombing Bastards is Sanuk Games attempt to fill the void that is left from the long missing Bomberman franchise.  The game makes a good attempt at recreating the success of Bomberman but doesn’t quite reach the same level of quality.  Many of the design elements in Bombing Bastards show that Sanuk Games was trying but in many areas of the game it seems like a little more effort could have been applied.

While playing Bombing Bastards the areas of the game that stood out the most were the graphics and the level design.  The stages and characters in Bombing Bastards are all detailed and very colorful.  The theme of the stages and enemies within change from planet to planet keeping things from getting too boring or monotonous.  Each stage or levels is randomly generated every time a stage is started or restarted, which will happen a lot (more on that later).  This will prevent players from memorizing stages and flying through the many stages available.  Different elements are added into the stages, such as teleporters, as well which change things up and add to the difficulty of the various stages. 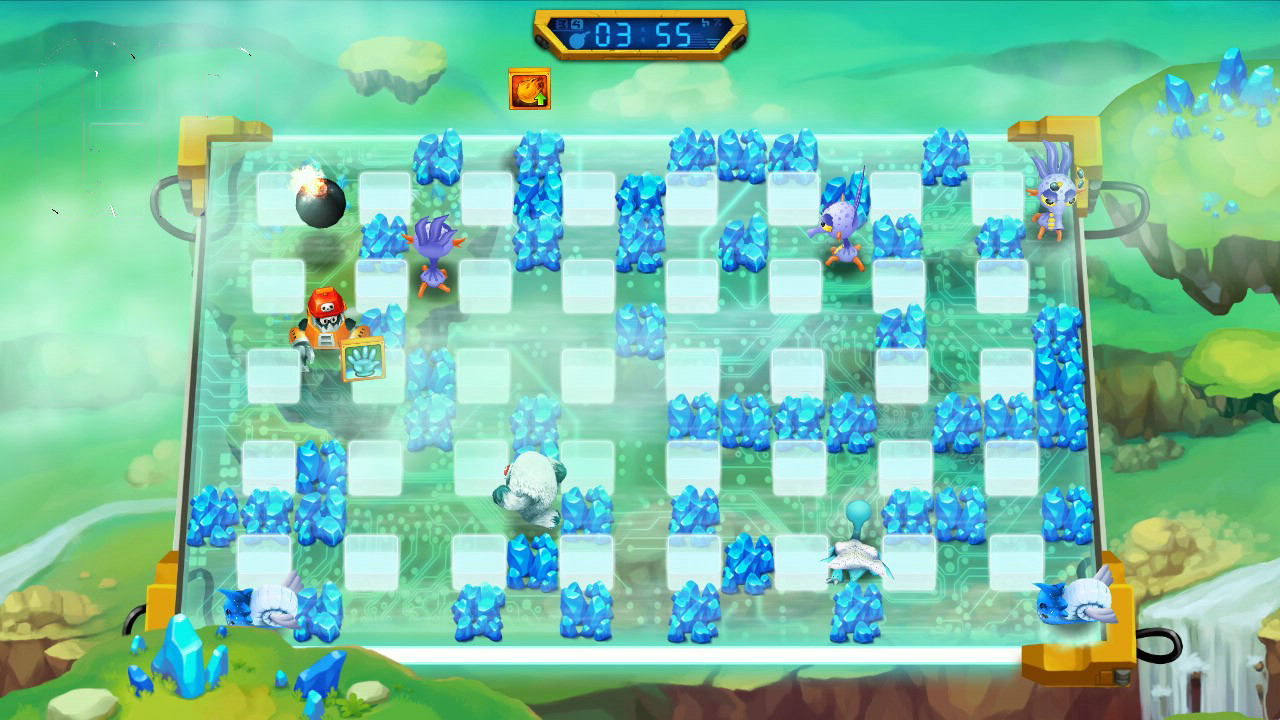 One thing that I feel was a little off in Bombing Bastards was the difficulty.  The AI enemies in this game are unrelenting and very difficult to defeat early on in the game.  While in the initial stages certain enemies will avoid bombs, it is not long before stages are reached that most enemies will avoid bombs. This makes it very hard to corner and blow up foes.  Boss battles are even more difficult with death occurring more often than not during the first boss encounter in the game.  I am not one to complain about difficult games and even enjoy the challenge but the game difficulty really zapped the fun right out of the game in this case for me.

The music and sound effects in the game are not bad but could have showed more effort.  The music is made up of remixed public domain tracks, which consist of classical music that will be very familiar to many people.  So an original soundtrack could have improved the game experience quite a bit.  The narrative is a good addition to the game but can become a little repetitive.  I enjoyed some of the cheesy one liners in the narrative but these remarks may not be for everyone and may be a little too cliché for some. 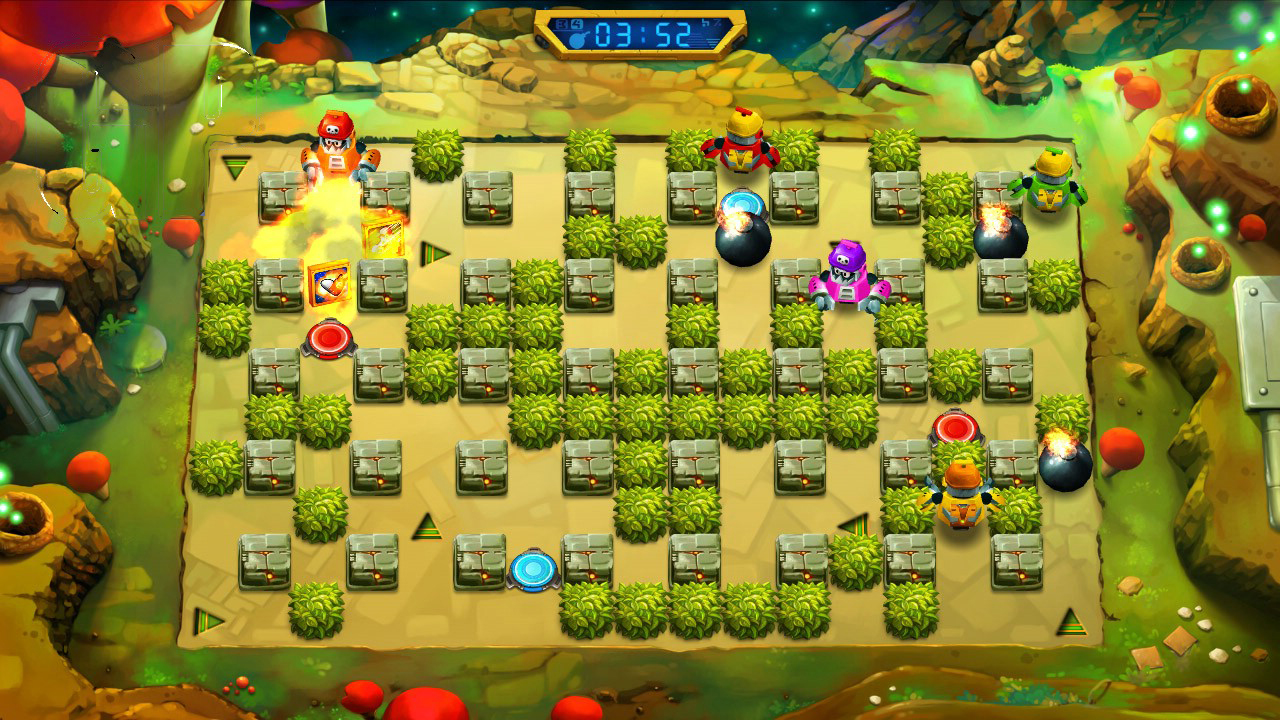 Multiplayer is available but there is no online multiplayer and is limited to five players locally.  The multiplayer experience is not as fun as the single player and can take some time to get any good.  While the addition of the multiplayer was a good decision overall, it needs much more work to make it a worthwhile aspect of the game.

Bombing Bastards is not bad but players should definitely stick to the single player levels.  While the game did not keep me coming back for more due to its extremely difficult AI, others may find this an adequate substitute for Bomberman.  Also, for $6.99 on the eShop it is not too expensive and could be worth a look if you were a fan of Bomberman.