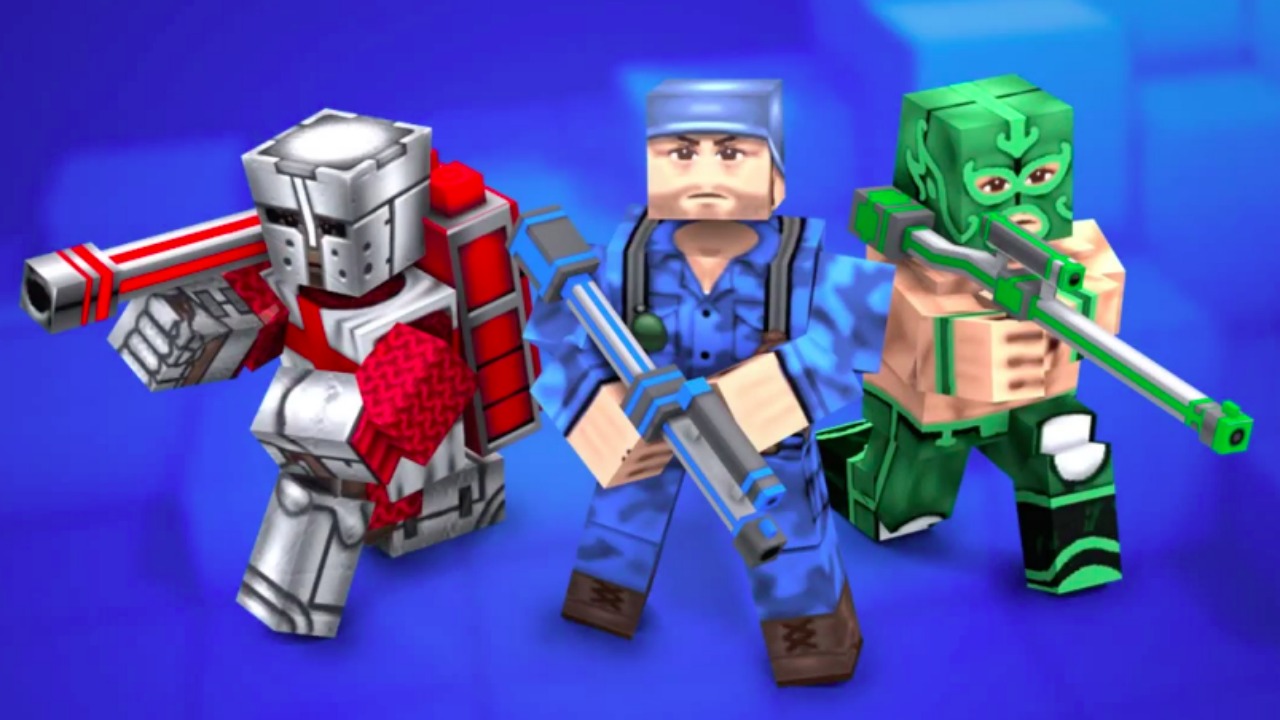 The original Cubemen never released on a Nintendo platform so the franchise makes its debut on Nintendo systems with the Wii U release, Cubemen 2.  Cubemen 2 is a tower defense game with a smattering of real-time strategy.  Players will wage blocky battle against one another in attempts to protect their base from waves of tiny pixelated warriors.  Cubemen 2 has a ton of content and players could potentially spend hours wading through the variety of content available.  While I am not the biggest fan of the tower defense genre of games, Cubemen 2 is one of the best tower defense games I have played.

The first thing that players may want to tackle when initially booting up Cubemen 2 is the tutorial.  While this isn’t required to jump right into the gameplay, it may be a good starting point because there is much more to Cubemen 2 than face value.  In fact, there is so many intricacies included in Cubemen 2 that I will not be covering all of them within this review but rather focusing on what the Cubemen 2 for Wii U is in a broad sense, what worked, and what didn’t. With that being said, players can jump right into the game and still manage to figure out the controls and what the goal of the game is but to truly master everything Cubemen 2 has to offer, a quick jaunt through the tutorial is recommended.  Once I got used to the game controls the initial levels were easy to complete but the levels do increase in difficulty and will take some strategy, which I didn’t have in this game, to overcome. 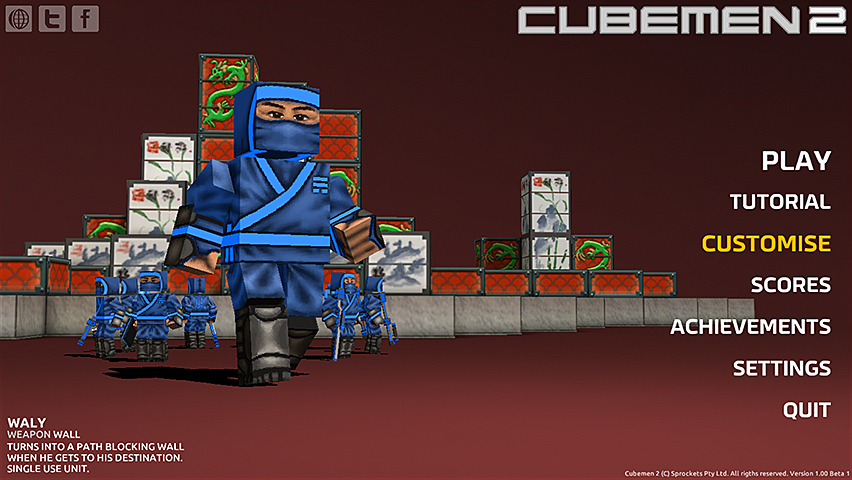 One of the things that stood out to me was the extent of customization that was included in Cubemen 2.  The game could have been released as is with just the base game and not much else but many aspects of the game are customizable.  The level textures and unit skins can be changed allowing players to change up the look of the game and these options can be adjusted not only on the title screen but also priors to playing any level.  There are also a multitude of game settings that can be adjusted which include everything from controls and music/sound effects volume to what music is playing in each game mode.  There are also a variety of options that can be set, such as time limit, difficulty level, and number of players, before starting a level in the 7 different game modes available.

The game modes are comprised of single player only and multiplayer or single player modes.  Single player modes are defense and rescue.  For defense mode players are tasked with simply defending their base and in rescue mode players will need to protect ‘civilian’ characters trying to make their way to the base.  The other 5 game modes, which can be played as single or multiple players, are skirmish, capture the flag, territory, king of the hill and defector.  In skirmish, players try to end up in the number one spot by sending out troops to battle against the other players on the map and reach their bases while defending their own base from attack.  Capture the flag is just that, players send out the flag stealer to take the opponent’s flag while defending a flag of their own.   Territory is an interesting mode where players try to cover as much of the map in their own team’s color by sending out troops around the map but territory can be lost is an opponent’s wandering troops walk over claimed areas.  King of the Hill is pretty self-explanatory as well and players can win this by occupying ‘the hill’ for the longest.  Last but not least is defector where players are given a limited number of units and killing a unit causes them to defect to their team.  The object in defector is to have the most units by the time the game is over.

At times in Cubemen 2 the gameplay can get quite frantic.  Sometimes the amount of units marching around the screen can get quite overwhelming.  This isn’t a bad thing but Cubemen 2 can get quite difficult.  The game is controlled using the GamePad touchscreen so I wouldn’t count on using the TV much while playing unless there are other people in the room that want to watch.  The game controls quite well using the touchscreen but I found that the camera controls, while easy to master, are hard to use while playing because of the amount of action occurring on the screen during some matches.

As I mentioned before there is a ton of content for Cubemen 2 and it doesn’t lie so much in the maps that are included in the game, which there are already plenty of, but rather in user generated content.  Cubemen 2 comes with a rather extensive level designer which allows players to create their own Cubemen levels.  These user-generated levels can be kept private or published for the entire world to play!  There are many user-generated levels available to play but unfortunately they can not all be browsed or displayed at once and are separated into a handful of levels categorized by recent, popular and random.  The only saved grace here is that if the levels are reloaded the random selections are populated with new levels.  User generated levels can also be searched, which will yield a maximum of 50 selections per search, and is also another way to expand the number of levels to choose from. 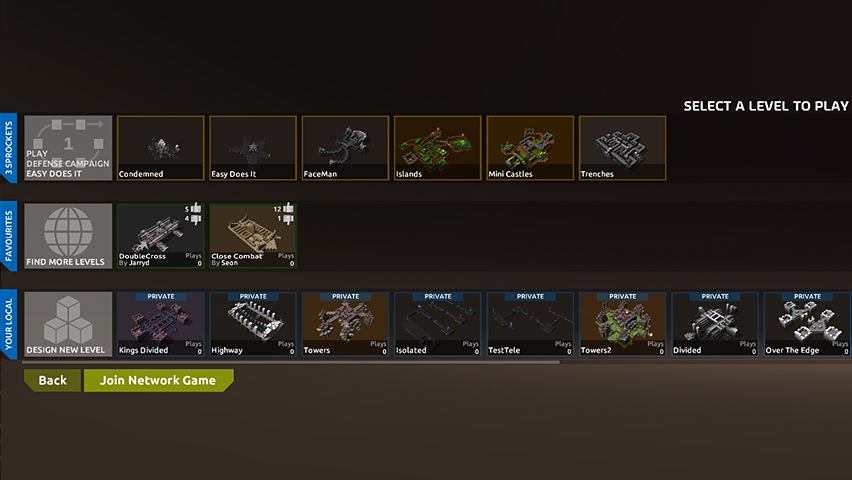 Online play is also available which is a great addition to the game.  Sadly most of the time there are no online games to join so unless there is a friend that has the game and an online match can be coordinated.  Playing multiplayer online could be a lot of fun but without having anybody else online playing Cubemen 2, this is a feature that is essentially useless.

Other than the lack of online games and my ability to adequately control the camera while defending my base, Cubemen 2 is a solid tower defense title.  There is a lot of depth to the gameplay and it will require a lot of strategy from those who choose to tackle one of the many available levels.  While Cubemen 2 isn’t really my cup of tea, it is definitely worth every cent and players could potentially spend hours duking it out on the battlefield.