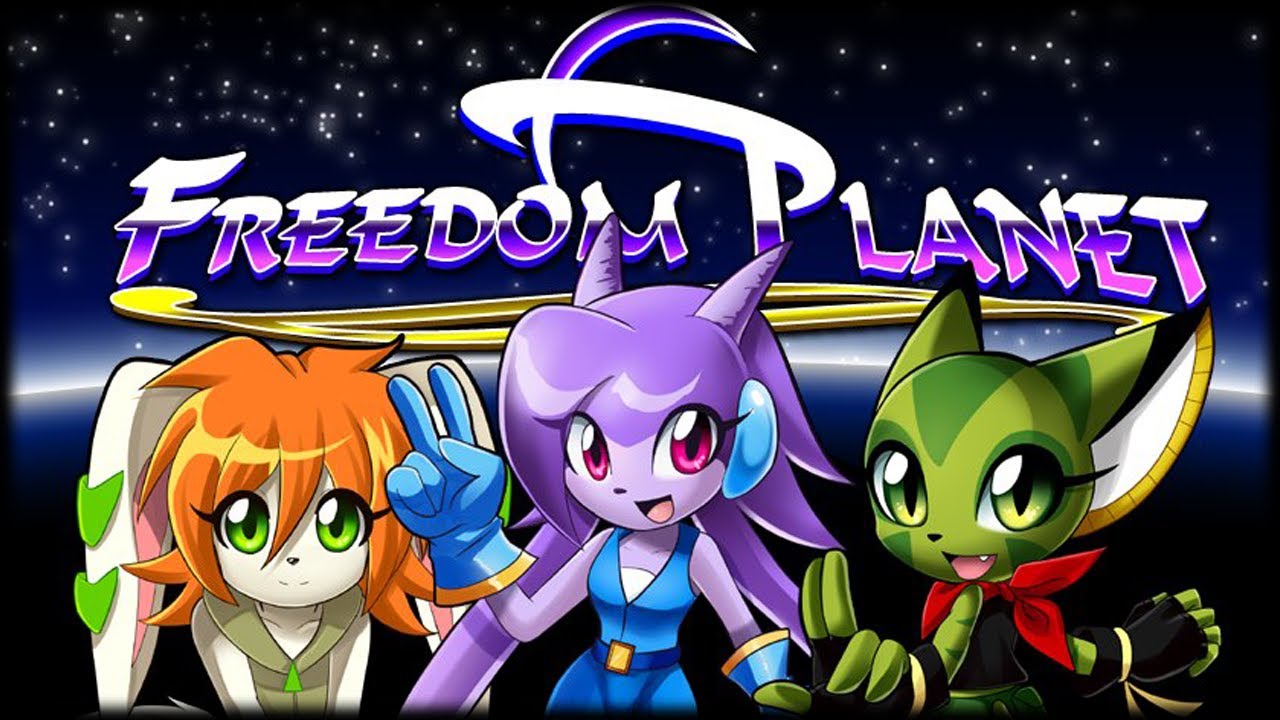 Freedom Planet Review    The game’s story is told primarily through cut-scenes between levels. While it was a valiant attempt, the story is by far the weakest element of Freedom Planet. Much of the voice-acting reminds me of the early Playstation One-era, complete with many overdramatic deliveries. The developers are definitely trying to do some world building. There are times in the story where characters’ relations and backstories are mentioned, but rarely expanded upon; it feels like we are in the middle of a story, rather than at the beginning of one. I’m not expecting Mass Effect here, but with the amount of emphasis put into the story, I would do a disservice to the developers if I did not look at it with some scrutiny. Those not empathizing with the plight of these heroes always has the option of skipping to the next stage, or they can simply choose Classic Mode.

If you’ve watched our Nindie showcase videos, you’ll remember Alex, Trevor, and I remarking that Freedom Planet is more-or-less a Sonic the Hedgehog clone, and that is true…to a point. The most prominent Genesis-eque characteristics of Freedom Planet is the vibrant and colorful sprite work. The gameplay itself emulates a lot of what made the classic Sonic series so popular. Stages are littered with springs, half-pipes and shuttle loops, most of which feel like a tribute to Sonic, rather than a challenge for the player to overcome. These are where the similarities end. Both the sound design and voice acting speak to an era far more modern than what SEGA could deliver in the early 1990s.

You will be able to play as two, and later three, characters: Lilac, Carol, and Milla; each of these characters have their own unique mechanics that drastically change the way players think about making their way through each stage. Iconic moves from SEGA’s mascot are split between Lilac and Carol, with Sonic’s trademark speed attributed to Lilac. While she does have a spin dash of sorts, the move works on both land and air, giving some interesting options for quick maneuvers and attack strategies. With Carol, speed is only a factor when she runs across a gas tank, in which a motorcycle hammer-spaces into existence. Milla sets herself apart from the rest by being not only the slowest character, but the only one whose effectiveness is reliant on players mastering her move set. Characters also have basic move combos, which deliver more damage than normal attacks, and are simple to learn. On the other hand, whiffing with these attacks leaves you wide open, leading to an excellent risk-reward system.

In the ten worlds, Freedom Planet has shown a good deal of world variety, from forest, to bustling city, to bamboo swamp. Some stages stages use that “choose your own path” philosophy so often found in early Sonic sidescrollers, in which players can find their way through high and low pathways. These paths narrow quickly to just having routes dedicated to whichever character is being run at the time. The final levels constrict more so by sending all characters down a single path.

While there are many chances run around at the speed of sound, the stage design also welcomes players to take a more methodical pace, especially near the end of the game. The game also tends to throw extra lives at you, and at the end, you will chew through them just as quick. Most of the difficulty lies in the number of enemies you encounter. During the final worlds, the screen felt cluttered by both the enemies and their projectiles. Since there are no invincibility frames, staying in one place too long can lead to a slaughter.

There are only a few variances in the levels depending on who you choose, with Carol and Milla receiving a couple levels unique to them. These levels are have the strongest design, since the developers aren’t trying to balance difficulty for the entire cast, and I wish we could have seen more focus on these experiences. For many boards, the difficulty can be easy or hard depending on which character you choose. What may be arduous for Lilac, may be a breeze for Carol, but nearly impossible for Milla. While it sounds like an interesting idea on paper, in practice, the game’s difficulty just changes randomly, rather than have any sort of steady climb.

Many issues with level difficulty can also be attributed to the game’s boss fights. Early bosses do well in easing players into the game mechanics, but their difficulty spikes almost immediately in the third world, with a sudden drop in second act act, and immediately returning to a high difficulty. Most of your deaths will come from just learning the patterns of these fights. Even then, a step in your strategy will likely include, “just take the hit.” This difficulty is exacerbated as only some of the bosses have invincibility frames, which interrupts the pacing the game sets.

I’m glad Galaxy Trail did not try for a 1:1 Sonic experience for their title. Freedom Planet is not only enjoyable for fans of the SEGA Genesis era, but platforming fans as well. The sprite work and animations are done well. Though some difficulty balancing is needed, getting a completely different experience from each character keeps the replay-ability high, and makes each character feel much more distinct. Despite its gameplay flaws and story, Freedom Planet is an overall enjoyable experience.