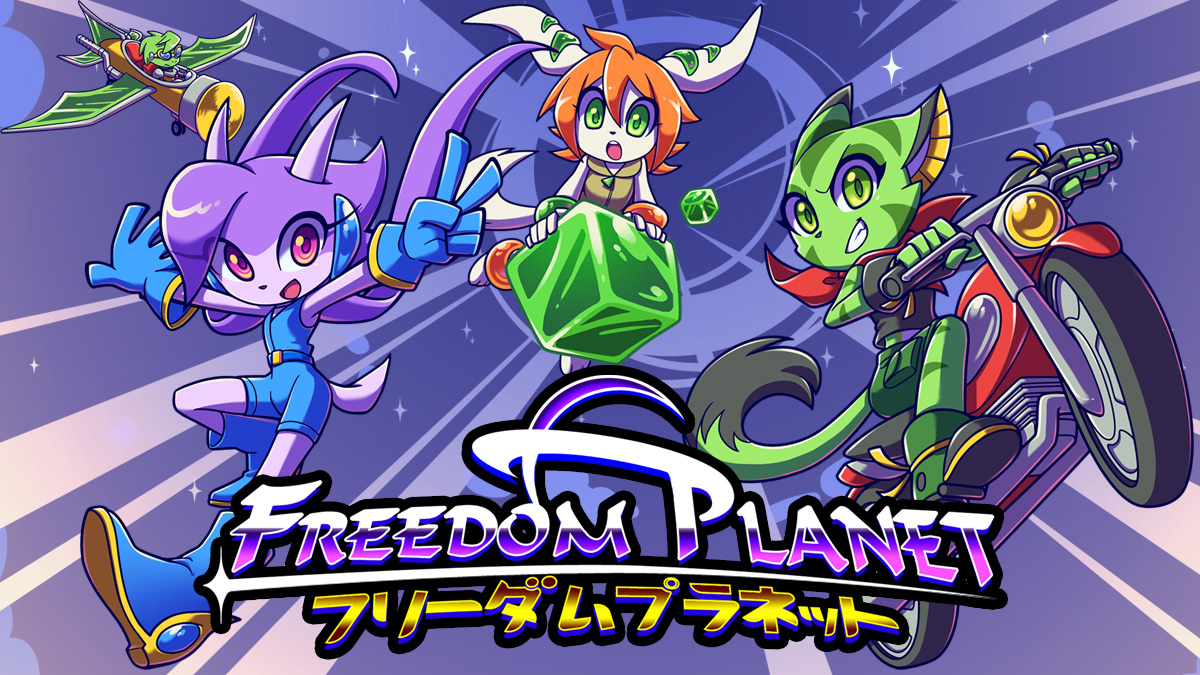 From the moment you first turn on Freedom Planet you’ll be thinking of Sonic the Hedgehog. It looks like Sonic. It sounds like Sonic. If the Switch had digital scent technology, it would smell like Sonic. There’s no point in the introductory scenes of the game where you’d think otherwise…and then a dude gets his head chopped off.

So, not Sonic. But the inspiration is clearly there. As such, how you feel about this game will largely be determined by what you loved and hated about the Genesis-era Sonic the Hedgehog games because Freedom Planet takes steps forward and backward throughout. 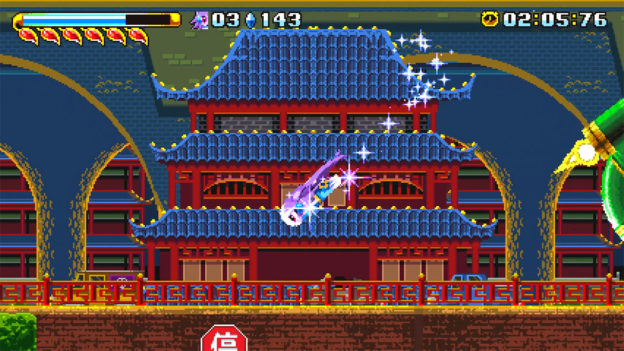 The comparisons are not unwarranted; Freedom Planet was initially developed as a Sonic the Hedgehog fangame, and was released for PC platforms, PS4, and even the Wii U (for which Pure Nintendo wrote a review). It was good enough during development to split from its inspiration and stand on its own, and what it takes with it and what it leaves behind will determine your potential level of enjoyment.

With it come the colors, the speed (most of the time) and the basic flow of the level design. You charge left to right and sometimes back as you race through the levels at speeds that give you little time to take in the scenery…unless you want to. Although Freedom Planet does clock you, it doesn’t penalize you for taking your time. So, you can slow down to find new routes and collect new items. Rings, by the way, are not included here; there are none to collect and none to lose when you hit an enemy. In fact, you’re encouraged to hit enemies here as there are actual attacks to perform. 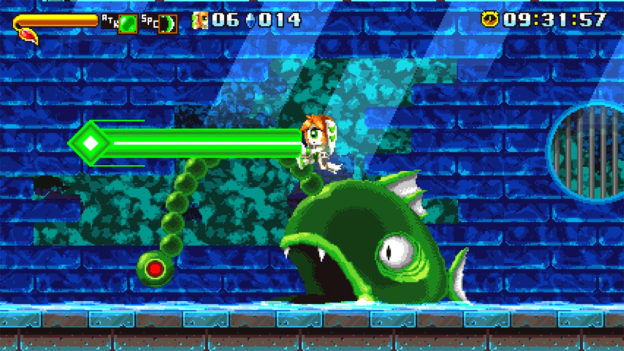 Another nice touch is that you can run up embankments. Although gravity will slow you down, it doesn’t prevent you from running out of a hole like it does in Sonic. And depending upon the character you’ve selected, you can actually jump up hills or drive up them in your motorcycle.

Freedom Planet has three characters, you see: Lilac, Carrol, and Milla (all with voice acting that is far less annoying than every incarnation of an animated Sonic). Each has her own abilities, and how you get through the game’s levels will be determined by which character you choose to play (when you’re given the option, that is). I’ll admit that Carroll was a lot of fun the first time she picked up a gas tank and busted out her motorcycle. Using it to race upside down on the bottom of platforms or jump between walls was thrilling the first few times I did it, but I ultimately chose to stick with Lilac because she just felt more natural with her typically Sonic skillset. 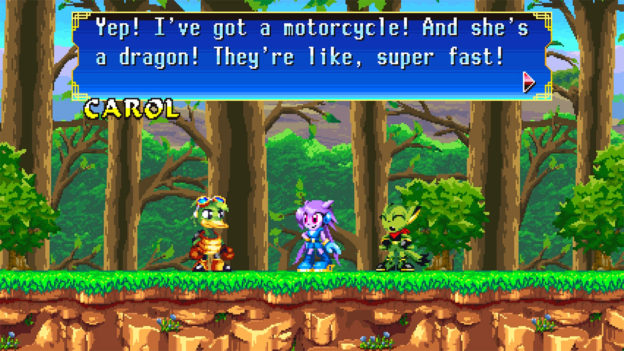 There’s a story that ties the three characters (and the rest of the planet together), but you don’t actually need to bother with it; Freedom Planet allows you to play in either Adventure or Classic mode. The former tells a story between levels, while the latter just throws you right into the action. I played Adventure the first time through and felt the story does a decent job of propelling you through the game. For subsequent playthroughs, however, it’s great that you won’t have to bother with mashing buttons to skip the cutscenes.

For the most part, Freedom Planet is fun, quick and colorful; an almost perfect way to push through a lazy weekend or a trip with your Switch. Unfortunately, it does bring some issues with it. The biggest problem is that the there seems to be no rhyme or reason to the game’s difficulty, especially with the game’s boss battles. One level is exceptionally easy, and the next is annoyingly complex. The difficulty spikes are often unwarranted and disappear as quickly as they came. Switching characters sometimes helps you push through them, but not always.

The level design also has a tendency to get in the way of itself. On multiple occasions, I’d be tearing through a level only to find myself unable to progress. Backtracking sometimes helped, but mostly I’d have to start the entire level over again in order to progress. That doesn’t mean the way out wasn’t there, but that it wasn’t easy to find. I don’t recall that ever being a problem in a Sonic game.