FullBlast has the looks of a classic shoot ’em up, which is certainly welcomed giving the genre’s limited presence on Wii U.  It nails much of the fundamentals, but has a few sizable concerns as well. Some are subjective (music) but there’s others (glitches) holding more weight.  Unless you’re a big genre fan who doesn’t mind a few potential bugs, this game might not be worth your time. 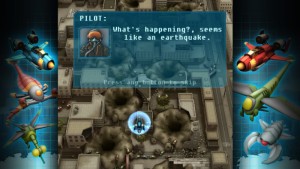 An alien invasion is the standard plot this game adopts, with dialogue between levels carrying on the narrative.  However it’s repetitive, full of coarse language, and so poorly translated, one has to wonder why it wasn’t just cut altogether.  Sometimes less is more.

Less isn’t the case concerning the graphics however.  In fact the visuals show refreshing amounts of detail.  So much in fact, the busy screens can sometimes make it tough to pick out projectiles in the heat of battle.  Large borders on either side of the screen display game stats, but mainly feature interesting enemy artwork.  My main wish would be for a expanded background selection.  Only three environments (albeit good looking ones) for twelve levels isn’t ample variety.  Variety is also wanting as to the music. 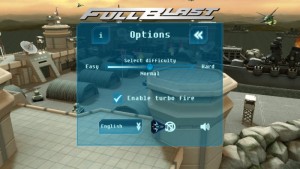 The choice for all heavy metal music was a poor one. These garage band jams don’t mesh well with the sci-fi atmosphere.  I can’t even tell how many tracks there are, as everything tends to sound alike, save the exciting boss tunes.  Sound effects make out better, with the accustomed explosions helping to draw you into the action.

At least the controls have no real issues.  Everything operates very smoothly.  Even with a weak powerup selection, blasting the insect like aliens (and bosses) is fun.  Options for the GamePad, Pro Controller, Wiimote, and Classic Controller, make it easy to find your ideal setup.  There is a design quirk however.  Playing on the Gamepad comes at the expense of a television display.  This either/or setup is unpolished.  Considering the bustling visuals, the common mirrored approach would’ve been preferable.  I’d also prefer having my own screen for two player. 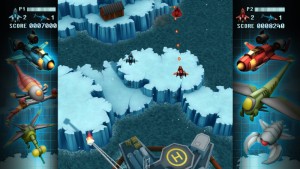 Speaking of which, the game’s definitely best if you have a friend to play with.  Being able to share in the action makes things livelier, and the challenge more manageable.  I do find it odd that player two can’t jump in at will, but thankfully you can select from previously beaten levels.  Grab a retro minded friend who enjoys this genre and you’ll likely be entertained for a bit.

There’s a very small number of achievements, the bulk of which unlock after your first playthrough.  They definitely aren’t fleshed out, but it’s a nice gesture all the same.  Better are the local and online leaderboards, which are strong replay incentives.  Seeing my low scores (even on the easy setting) doesn’t sit well.  I blame the stingy amount of bombs, which frustratingly don’t replenish when you die, and the puzzling decision to only give two tries, instead of three or five. 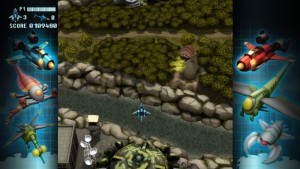 FullBlast has launched at a reasonable price ($5.99), so I was prepared to say that those curious don’t have much to lose for checking it out.  However reported late-game glitches, including a serious one we encountered ourselves, gives me more pause. Given the Wii U’s limited shmup options, I’d normally find it easier to live with some of these concerns, but game breaking bugs are too much.  Until a patch comes, this is a gamble. 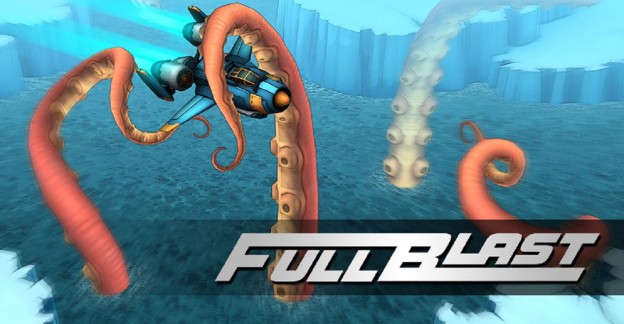 Unless you’re a big genre fan who doesn’t mind a few potential bugs, this game might not be worth your time.