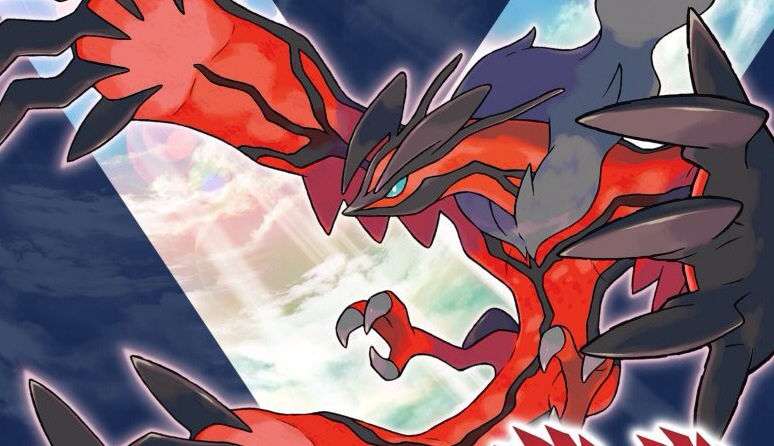 During a Nintendo Direct on January 8th, Satoru Iwata announced the next generation of Pokemon games: X Version and Y Version

Last week, the release was finally upon us. After playing what would probably be my last battle on Pokemon Black 2 and watching the new anime special, Pokemon Origins, I received my review code for Pokemon Y. Everything’s been sort of a blur since then. I’ve clocked a sickening number of hours and am currently exploring the post-game. It’s a blast.

First, let’s get some complaints out of the way. One interesting aspect of the game is that it doesn’t run fully in stereoscopic 3D–it only uses the feature for battles and at other select times. This by itself doesn’t bother me at all. The problem is that when it switches into 3D mode (read: every time you start a battle), there’s a drop in framerate as it adjusts. In a game filled with random encounters, this gets pretty frustrating. My next biggest complaint is about the hub city, Lumiose. It’s a great, well developed city (with an incredibly disproportionate number of cafes). However, navigating it is a nightmare because of the horrendous movements of the camera. It swings wildly from top-down to right behind your character model so you can’t see anything. Since you’ll be spending a fair amount of time in the city, this gets infuriating. 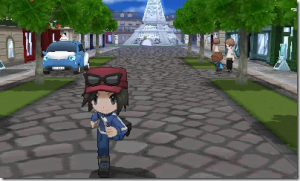 Mechanical issues aside, the game is wonderful. Its gameplay is brilliant. Like the five generations of games before it (totaling around 20 main series games), it’s a standard Pokemon game. The game plays out like you’d expect it to. Wake up, say good-bye to your mom, and set off into the tall grass after receiving a starting Pokemon. Defeat eight gyms, stop an evil organization, catch an uber powerful legendary Pokemon, and then defeat the Pokemon league. Then you’re free to go catch more legendaries and fill out your Pokedex, trade with friends, and breed and train your ultimate team. It’s Game Freak’s tried and true formula that leads to hours and hours and hours of replayability.

The first thing I noticed about the game is that there are a lot of Pokemon. Compared to Pokemon Black and White, which had 150 different Pokemon in the main game, X and Y have 450. Only adding 70 new Pokemon, this means that throughout the game you occasionally encounter new Pokemon sprinkled into an assortment of lots of older favorites. It’s refreshing because it adds a lot of variability to the game. Each time you run into a patch of grass, you’ll encounter something different.

Battles are the core of any Pokemon game. This time around they’re absolutely delightful. I loved seeing the new 3D models of the creatures. So much more personality can be put into a 3D model than a sprite. Entrance animations, idle animations, attack animations, fainting animations. The transition to 3D has really done wonders for the franchise. Despite being, at its core, essentially just another Pokemon game, it feels so new and fresh. 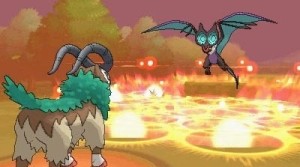 The online features are great, with the implementation of the PSS (Player Search System). It allows you to interact with passersby and other players online and add them to a Friends list. You can trade, battle, chat, and give each other boosts. Personally, I’ve really been loving the Wonder Trade. It’s a blind trade–you pick a Pokemon to trade away, and you get something from another player in return. It’s a surprisingly addictive gamble, and you just have to hope that someone’s feeling generous enough to send around rare Pokemon. 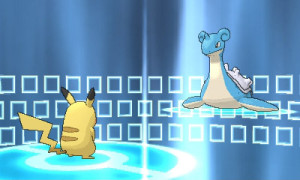 One thing I really like about this generation is that it seems like Game Freak has become increasingly aware about the competitive scene. There were a lot of changes made to game mechanics that will seriously alter competitive gaming. The new fairy type serves as a counter to dragons, and annoying things like weather and entry hazards have been nerfed. Also, EV Training, which has been a frustrating grind in past games, has been turned into a quick, enjoyable mini-game, making it easier to get your Pokemon battle-ready. They’ve also made it easier to both find Pokemon with perfect IVs (better base stats), and to pass on those perfect stats through breeding. Since having perfect IVs and EVs was almost a requirement in competitive battling, these changes make serious competitive play more accessible to more players in less time. 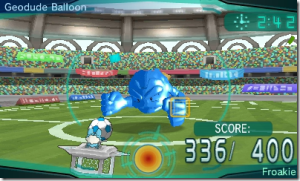 Okay, yeah, the mini-game is kicking soccer balls at a Geodude balloon

This is a landmark game. There were only a few dozen new Pokemon released, and the main gameplay does nothing hugely innovative. But it has transitioned Pokemon to a new world. With the 3D groundwork lain and the significant changes to the game’s mechanics, this generation is going to be a foundation and a springboard for further generations of Pokemon games. And if the last week’s sales figures are anything to go off of, there will be many more generations of Pokemon games.