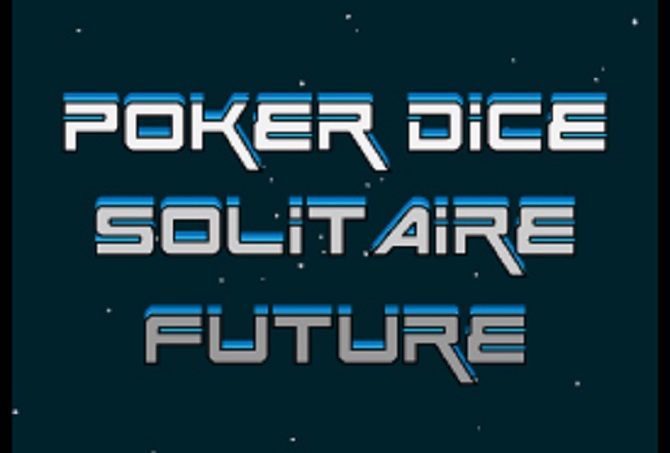 Poker Dice Solitaire Future is the second game to be released on Wii U from indie developer RCMADIAX.  The first title was a small puzzle game called Blok Drop U.  Poker Dice isn’t another puzzle game but rather a Yahtzee type dice game with futuristic styling.  While there is not much to the game it is still quite fun to play and can get quite addictive. 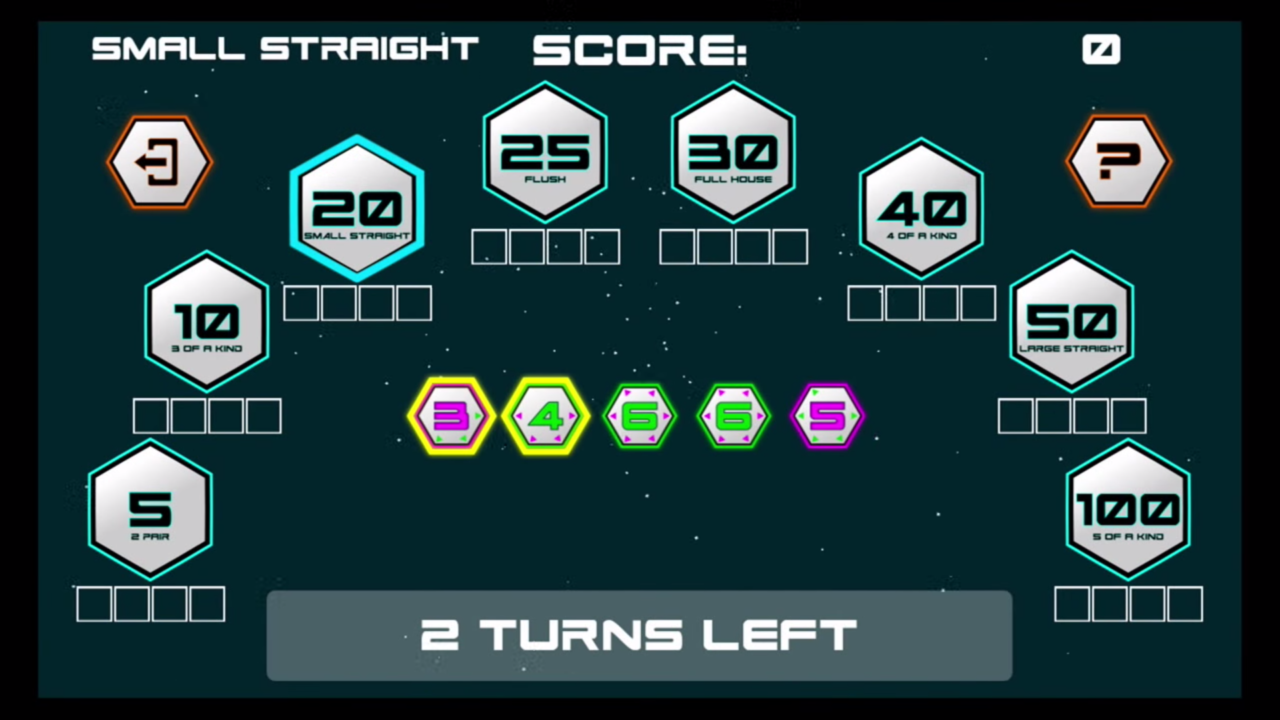 The goal of the game is to collect all of the ‘chips’ by rolling a set of five dice and matching various sets like full house, flush, straights, and matching numbers.  Players have 3 rolls of the dice to match any particular set available to earn a chip.  If the dice don’t yield a match in those 3 rolls, players will lose a chip and have to eliminate a chip from those available.  Bonuses are provided for winning a chip from each set or getting all 4 chips from any one particular set.  There is not much of a challenge to the game itself outside of trying to achieve the very elusive ‘perfect score’.  The Miiverse community for Poker Dice Solitaire Future is full of high score posts from those playing the game.  1350 is a perfect score in Poker Dice Solitaire Future and RCMADIAX has challenged gamers to try and achieve the this score but no one has come forth with the magic number yet. 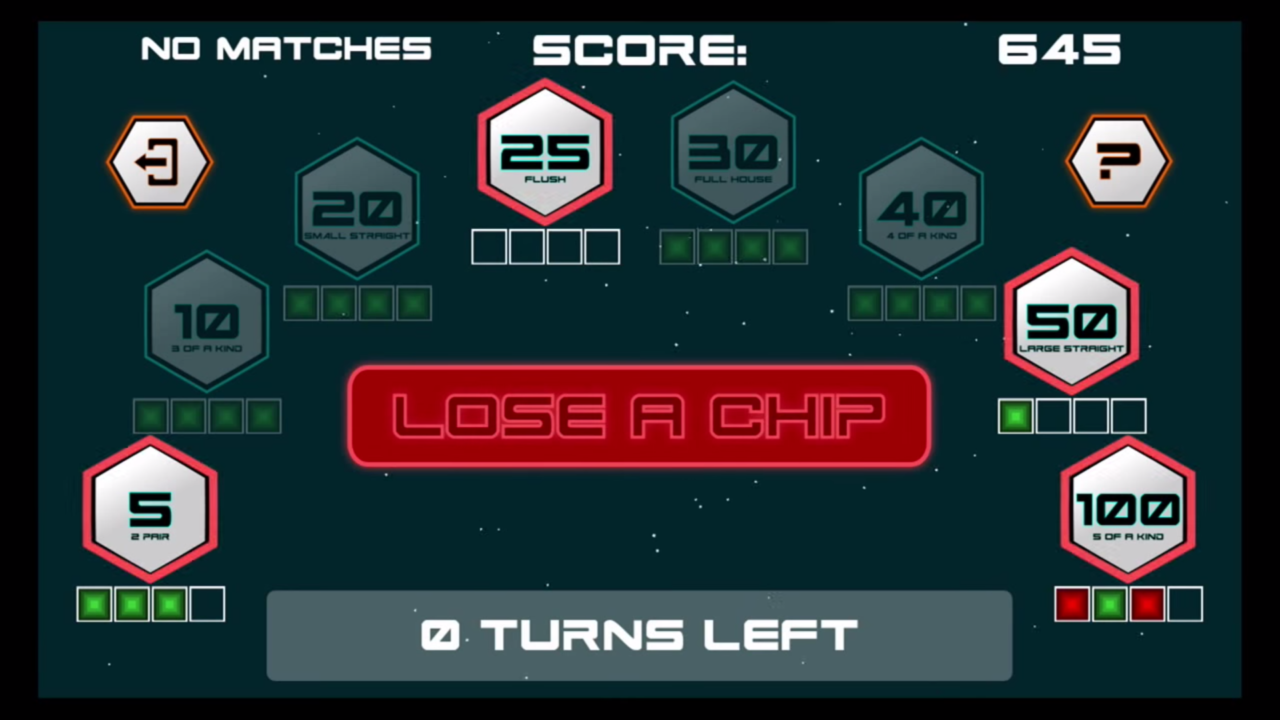 Graphically, Poke Dice is not the most impressive but are adequate for the game and fit it quite nicely.  The graphics do represent the ‘Future’ part of the game’s title which I am sure is what RCMADIAX intended.  The flying white pixels in the background made the screen hard to look at after long periods of play but may not have the same effect on others as it did on me.  The sound design and music were both simple and fit in with the style of game.  A more varied soundtrack would have been nice as the music became a little too repetitive over time. 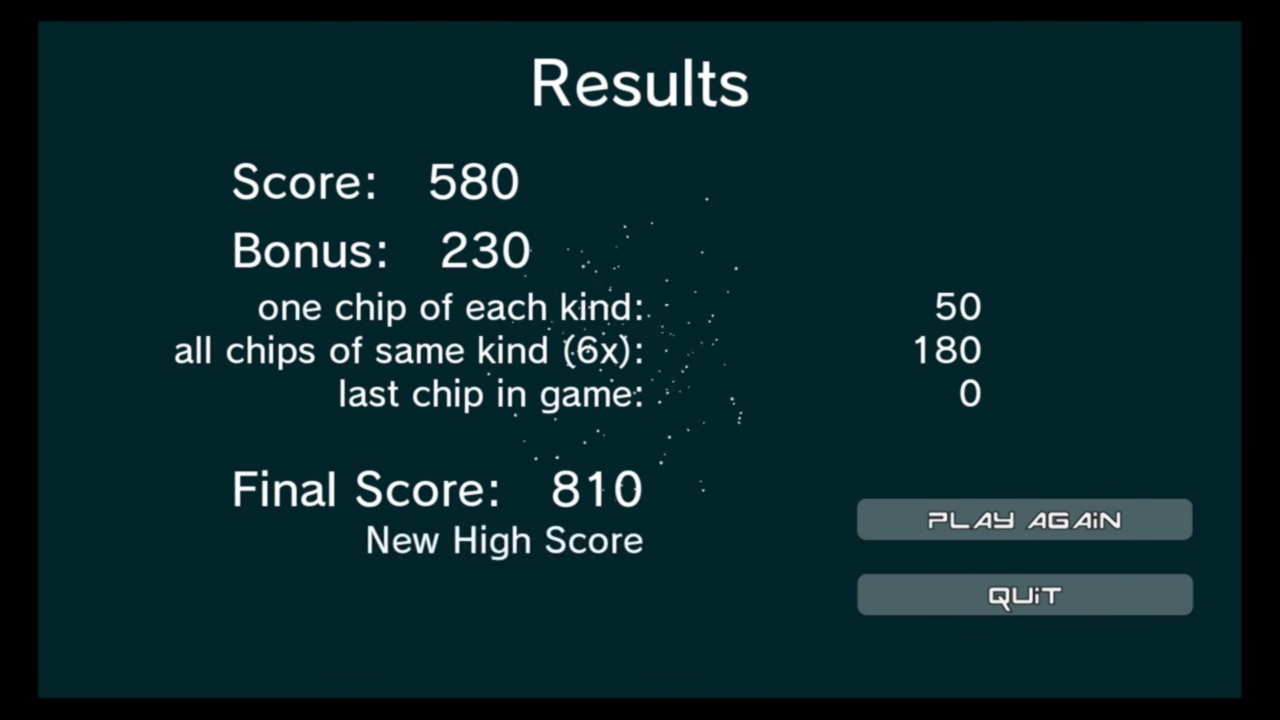 Overall, Poker Dice Solitaire Future is another solid release from RCMADIAX.  There was one occasion that I was able to get the game to glitch and it broke that round of play but after restarting the game it was fixed.  I am not sure how I got the glitch to occur but after several hours of play this only happened once.  For the very low price of $1.99, Poker Dice Solitaire Future is worth a download.  Anyone who enjoys Yahtzee or even some poker fans will enjoy this recent RCMADIAX release.