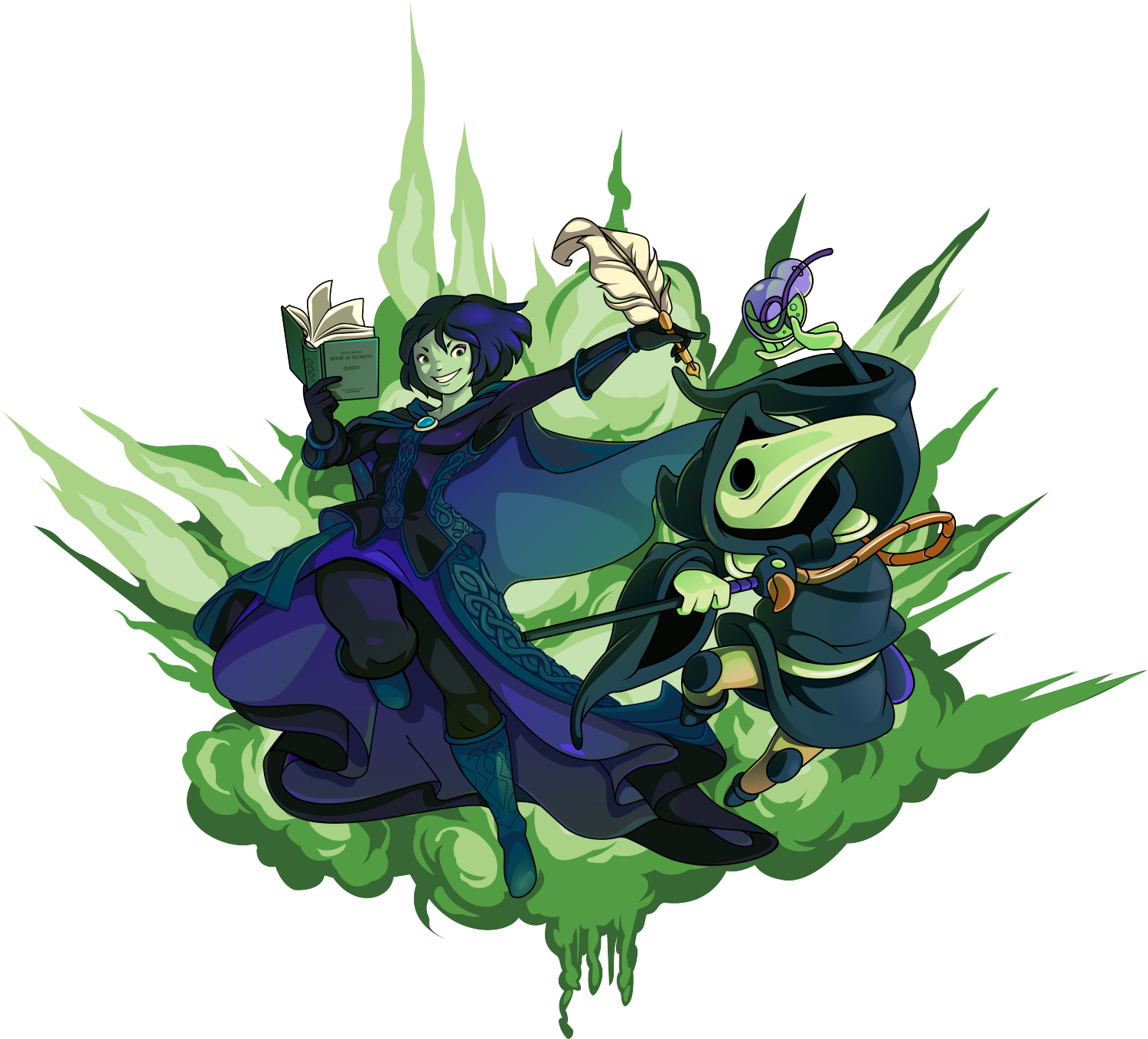 In case you missed out on our review of the spectacular indie game “Shovel Knight”, head on over here. Read it? Know ’bout it? Awesome, moving on!

Recently, the good people over at Yacht Club Games released DLC for Shovel Knight entitled “Plague of Shadows”. This would not be a simple quest for Shovelry and Adventure! But rather a quest for power and the essence of those close by.

Players will be walking in the hood and bird mask of the Plague Knight, as he takes a step behind the scenes in his own quest for a potion of ultimate power! Probably the closest thing to a philosophers stone in this world, but powerful nonetheless. Armed not with a mighty shovel, but rather an array of bombs, its up to you to “borrow” the pure essence of your own order.

Now, if you’ve played Shovel Knight, you’re still not going to be ready for what’s thrown at you. Well, maybe in terms of the enemies, but that’s about it. The mechanics are completely different this time around, almost like you’re learning how to walk for the first time. Plague Knight (PK) specializes in explosives rather than the close quarters combat of a shovel. Figuring out the exact arc of your ordinance will be the first step to mastering this new style, as well as the lack of the pogo-feature from Shovel Knight.

Instead of traversing via pogo, PK uses an explosive launch that while covers a lot of ground, can easily send you into your own demise. Anyone here remember Castlevania? Remember how the Belmont’s would suffer knock-back that was borderline cartoonish? Take that and crank it to 11. PK is flat out allergic to pain, which has sent me falling to my death constantly. Granted you can pick up new armor that tones down knock back damage, you’ll need to adapt quickly as you wont get this upgrade until later on.

When playing Shovel Knight, it’s pretty obvious that there was plenty of influence from other past titles such as Mega Man, Castlevania, Duck Tales and so on. Believe it or not, Plague of Shadows gave me a case of nostalgia for Super Metroid. Now there is no sense of massive exploration as the stellar SNES title, this felt more relevant in your weapons. Back at PK’s lab, you can purchase different upgrades for your bombs which when combined differently, will deliver a new effect much like messing with the weapon set up in Super Metroid. Want a boomerang cluster bomb? How bout orbiting explosives that surround you like a shield? With the right coin and set up, all of that can be yours!

At the end of the day, Yacht Club managed to deliver a new twist on an already familiar game. Playing as PK proves to have it’s own challenges and setting up bombs that tailor to your specific needs feels refreshing! What could be better than this! Oh…..its a free update?….Guess it just got better!