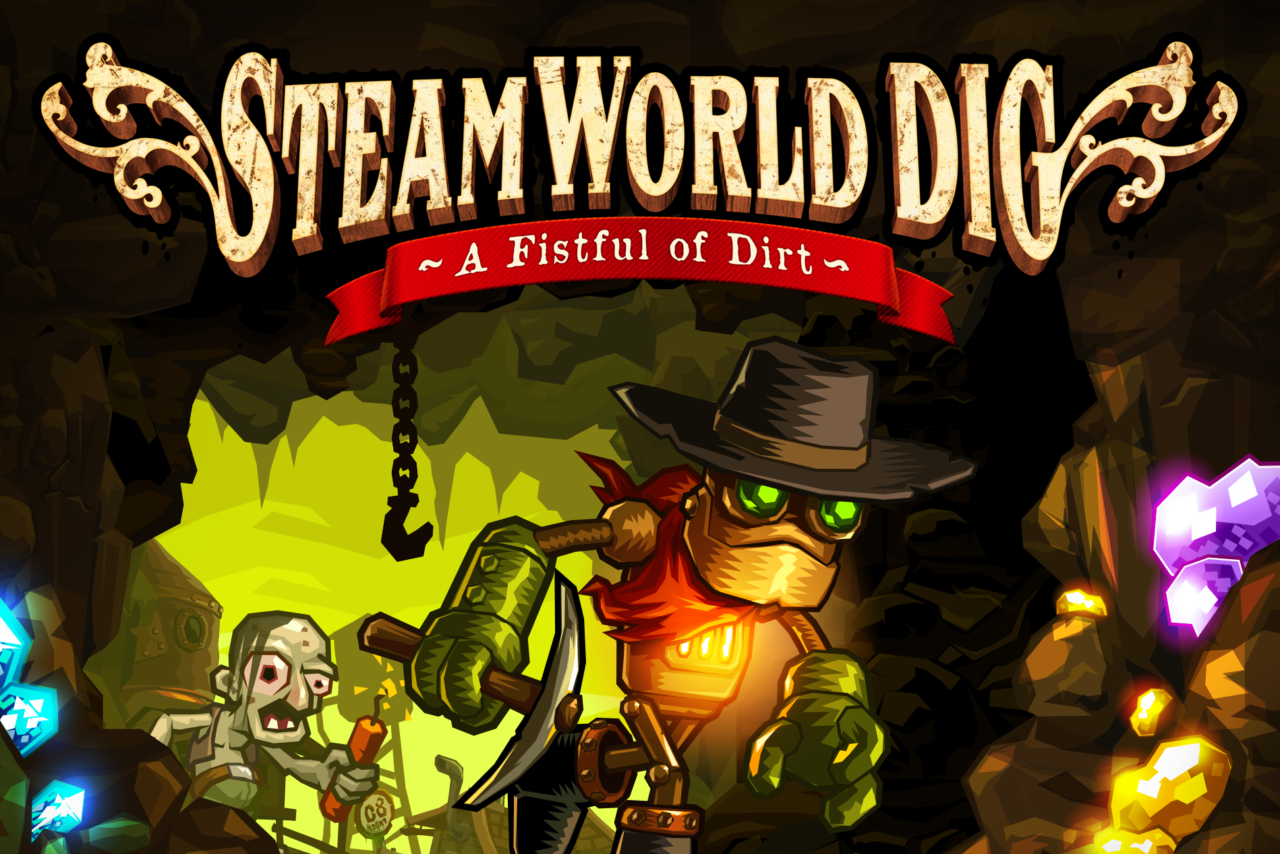 SteamWorld Dig is a gem on the 3DS and when Image & Form announced it would be releasing on Wii U, fans rejoiced.  SteamWorld Dig is just as spectacular on the Wii U and in my opinion is superior to the original 3DS release.  The experience is essentially the same on Wii U.  Players will take control of Rusty to explore the depths of a mine under Tumbleton.

The gameplay is exactly the same and the graphics remain largely the same but this is not a bad thing.  In this case it seems like Image & Form took the ‘if it ain’t broke, don’t fix it’ approach to SteamWorld Dig for Wii U.  Obviously the 3D effects are absent in the Wii U version but are replaced with stunning and crisp graphics.  I even prefer the Wii U version graphically and enjoyed the experience much more on a larger screen.  With a bigger screen I could appreciate more of the design detail in the characters and environment that Image & Form put into SteamWorld than I ever did looking at my minuscule 3DS screen (I seriously need to invest in a XL).

While improvements are few and far between in SteamWorld Dig, Image & Form did add a lot of various customization options for players to fiddle with in the Options menu.  The most impressive of the options by far are the control layout options.  Every action in SteamWorld Dig on Wii U can be changed based on the player’s preference. Mapping the customizable controls is very easy and a fantastic addition to an already wonderful game.

One pretty standard feature that was seemingly absent in SteamWorld Dig’s Wii U release is Off TV play.  I was not overly disappointed to see that this feature was missing but others may feel differently.  I can definitely see why Image & Form left this feature out for the Wii U release, as the map and inventory are key elements of the SteamWorld Dig experience.  Adding Off TV play would have left the GamePad screen cluttered to the point of rendering the game unplayable entirely on the GamePad’s tiny screen.

I encourage players new to the franchise and those who are experienced diggers to pick up this revamped version of SteamWorld Dig.  While much of the game will seem familiar to those who have played in the past, it is such a great game and another playthrough allows for different avenues of exploration thanks to Image & Form’s ingenious game design.  Image & Form is also offering a cross buy promotion for Wii U gamers in Europe, Australia and New Zealand.  If you already own the 3DS version, save 25% on the Wii U version of SteamWorld Dig so why not pick it up on the Wii U?  In any case, SteamWorld Dig is just as good on the Wii U,even a tad bit better, and gamers should definitely check it out!