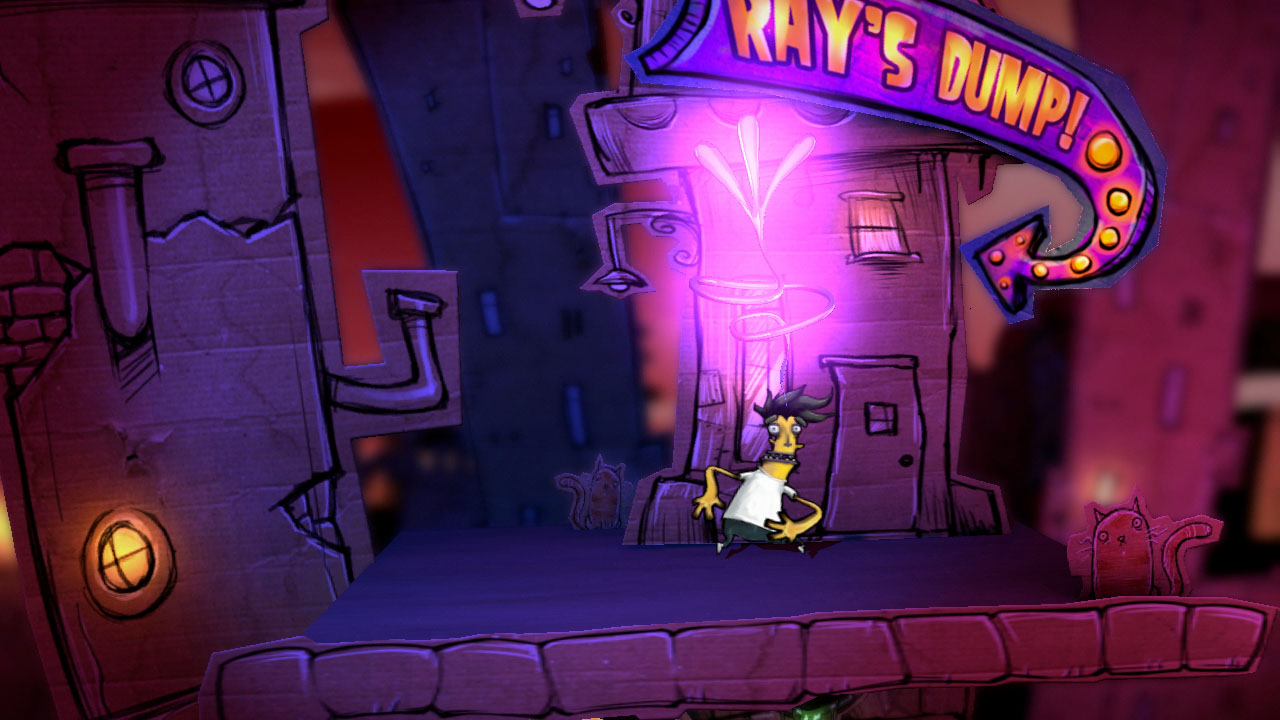 Stick It To The Man Screens

Stick It To The Man! is quite a quirky, humorous little eShop game that started life on the PlayStation 3 and then began to trickle onto other platforms.  After the PS3 release, Zoink Games released the title on Vita and PC late last year.  Nintendo fans got their first introduction to Ray, the main character, earlier this month when Stick It To the Man! finally arrived on PS4 and Wii U. Without getting too much into the story, since the story is the big draw for this particular game, Stick It To The Man! is about Ray and the giant pink spaghetti arm that is protruding from his head. 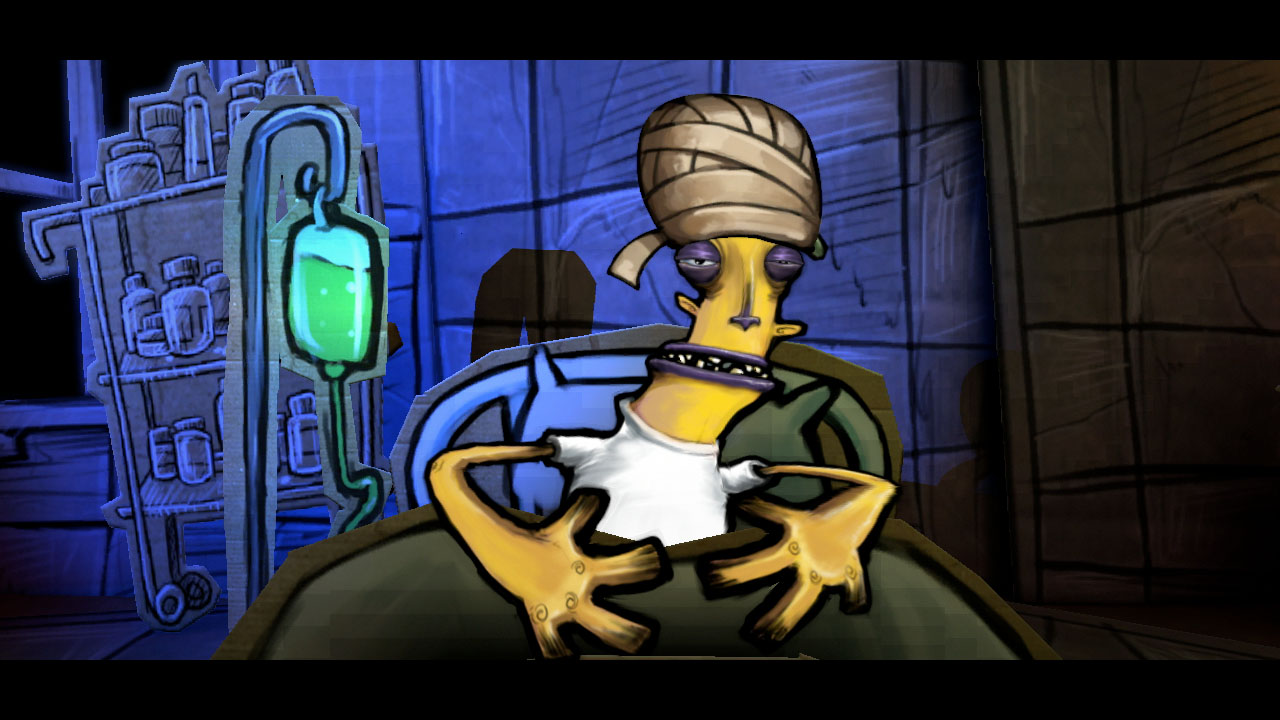 First things first, Ray get this extra appendage after receiving a blow to the head while on the job.  The pink sticky-hand styled arm is used to read the minds of other characters in the game as well as solve puzzles to advance in the Chapters.  While the game works primarily as a point and stick adventure game (credit goes to whomever on Twitter said this), there is quite a bit of platforming involved as well.  The platforming didn’t seem as tight as I might have hoped but it is adequate enough that the game doesn’t become frustrating to play.  On the other hand, Stick It To The Man! is quite fun to play using the pink arm protruding from Ray’s head and it is a unique take on the point and click genre.  The most disappointing part of Stick It To The Man! was a glitch that I ran into while playing through Chapter 6 and during a puzzle were I had to escort another character.  The glitch did not break the game but did require me to exit the level and then load the level again to continue.  This was the only time throughout the entire game that glitched but it was still disappointing nonetheless.  Other than this glitch Stick It To The Man! performed pretty well. 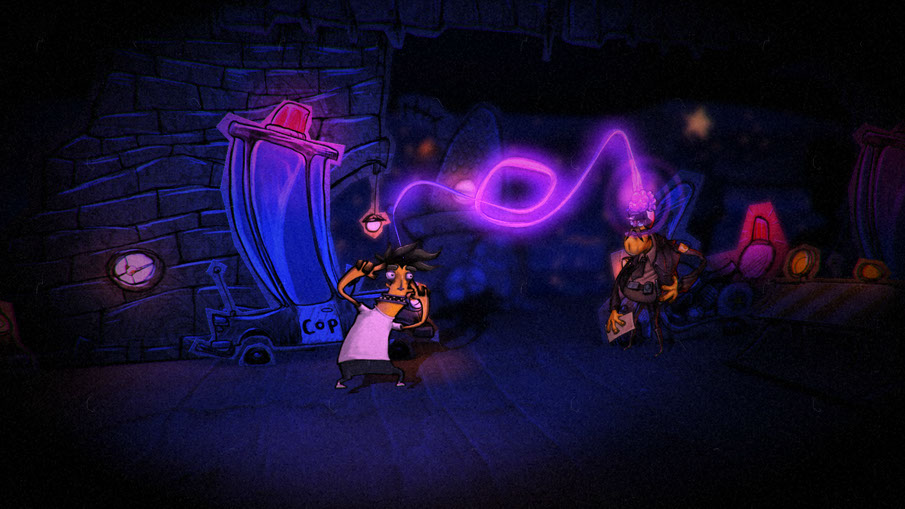 I was not overly impressed with the use of the GamePad in Stick It To The Man! but the map on the touchscreen proved useful on more than one occasion.  The ‘Mind Reading’ motion controls that used the GamePad’s gyroscope was more annoying than useful because if the GamePad is tilted too vertically then Ray would stop moving and the ‘Mind Reading’ capabilities set in.  With that said, I would suggest playing with this feature off, which can be done through the game options, but others may find this application fun. 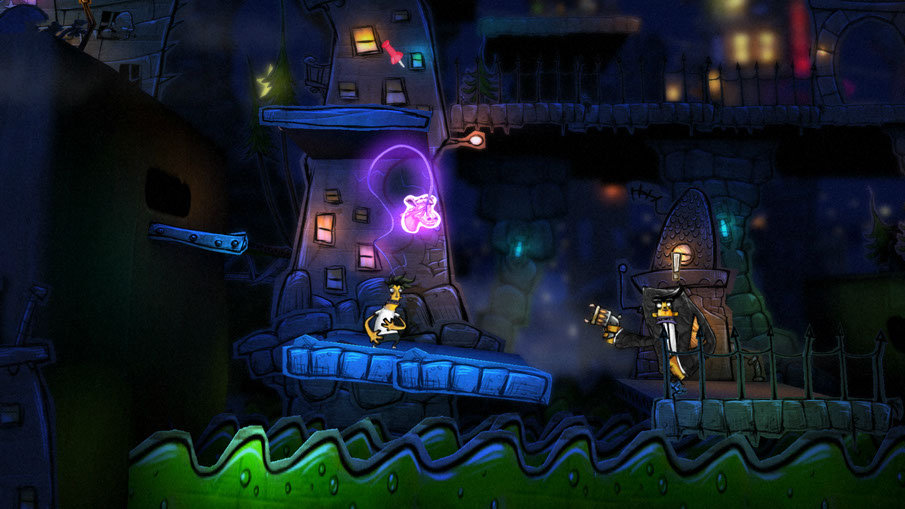 Just as the style of gameplay, the sights and sounds in Stick It To The Man! are quite unique as well.  The graphics are in a Paper Mario sort of style, but in a more adult manner, and suit the sticker oriented puzzles very well.  The characters and environments throughout the Chapters are very detailed and colorful.  Each Chapter contains a varied cast of characters and, aside from the ‘enemies’ that players will encounter, most characters are not seen in more than one Chapter.  The dialogue leans more in the adult direction but is not vulgar.  Stick It To The Man! provides a big dose of humor throughout the entire game but is varied and creative enough to keep it from getting tired. 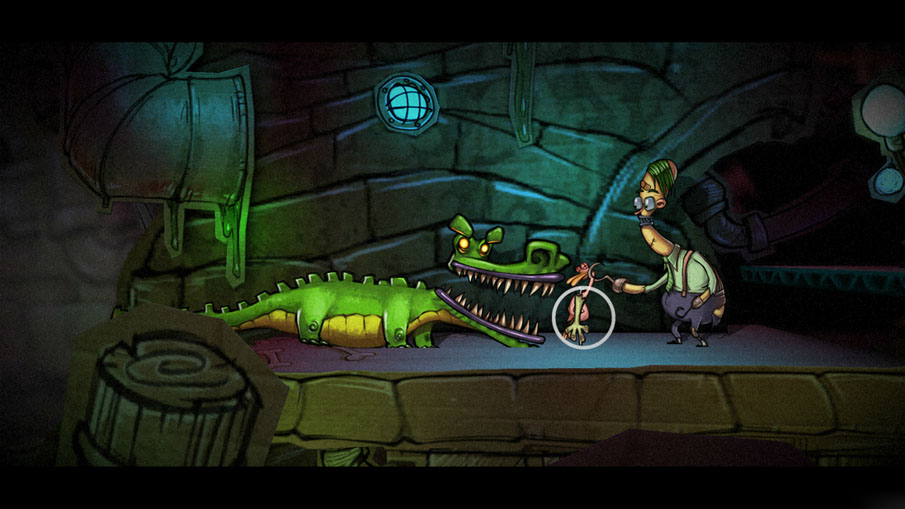 Stick It To The Man! is not a terribly long game at only 10 Chapters long.  I finished the game in 6 hours but this could vary depending on how players interact with the characters they encounter.  Many characters don’t have any contributions to solving puzzles but will often offer a humorous thought while reading their mind.  The entire game is linear and the stickers players will acquire can only be used where they are needed.  This linearity is likely to cut down on the game’s level of difficulty or prevent players from breaking the game but never felt like it detracted from the game experience. 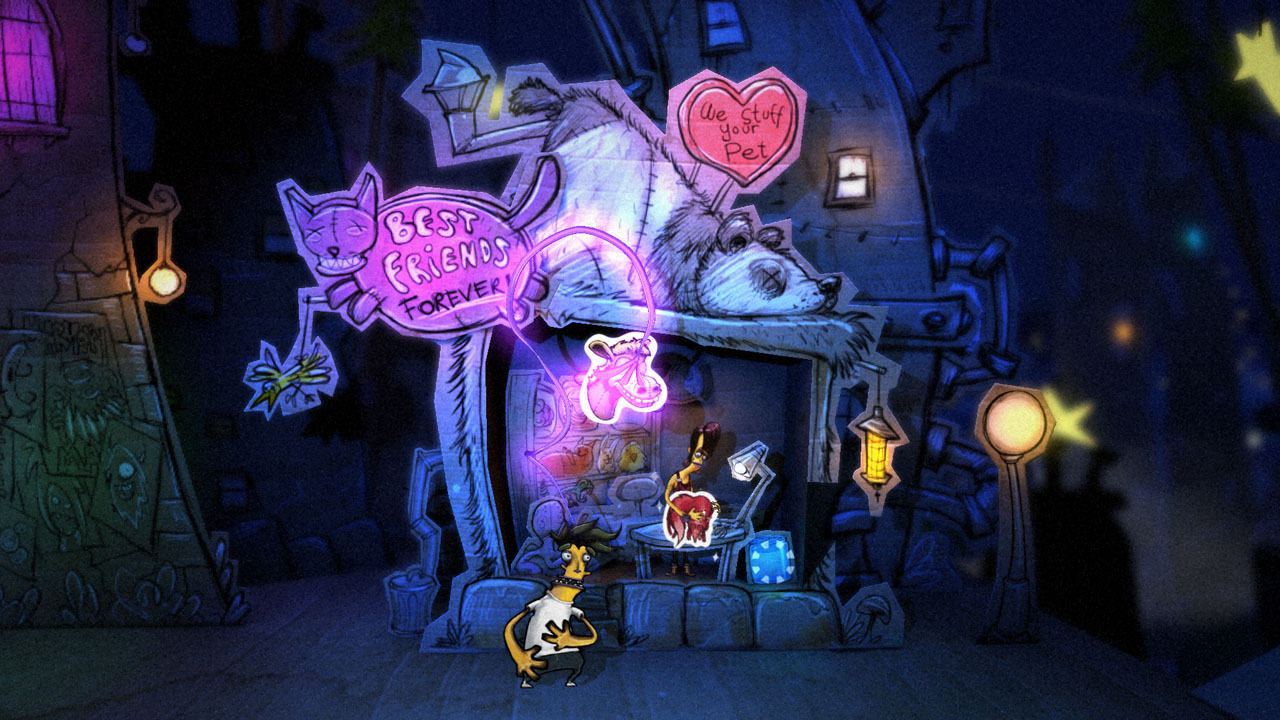 The appeal for Stick It To The Man! lies in the unique point and stick mechanics using Ray’s pink stretchy arm as well as the game’s humor, style, and storyline.  Don’t expect a great platformer out of Stick It To The Man! but rather a solid point and click game with an unforgettable story.  Even with the few issues I had with Stick It To The Man!, the game is still a tremendously fun, interesting, and unique experience.  I had a great time with Stick It To the Man! and it was a lot of fun adventuring through the crazy environments and interacting with the interesting characters.  I definitely look forward to what Zoink Games will come up with next. 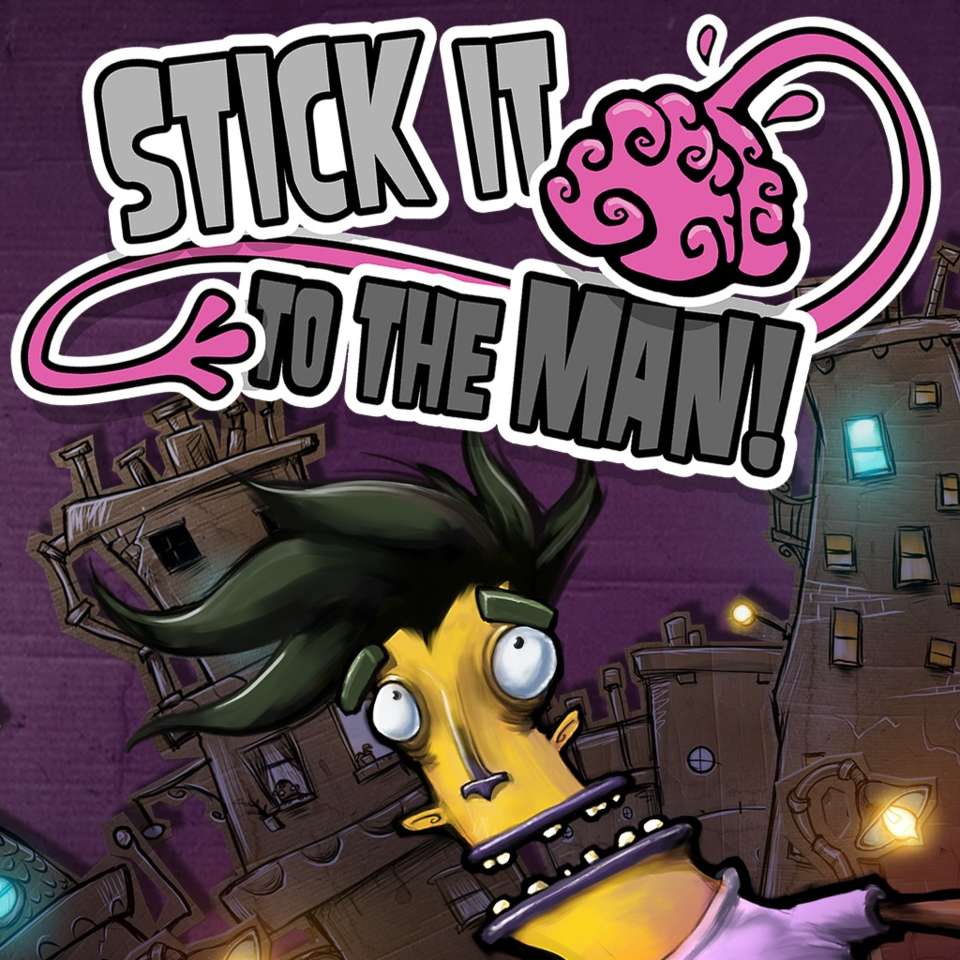