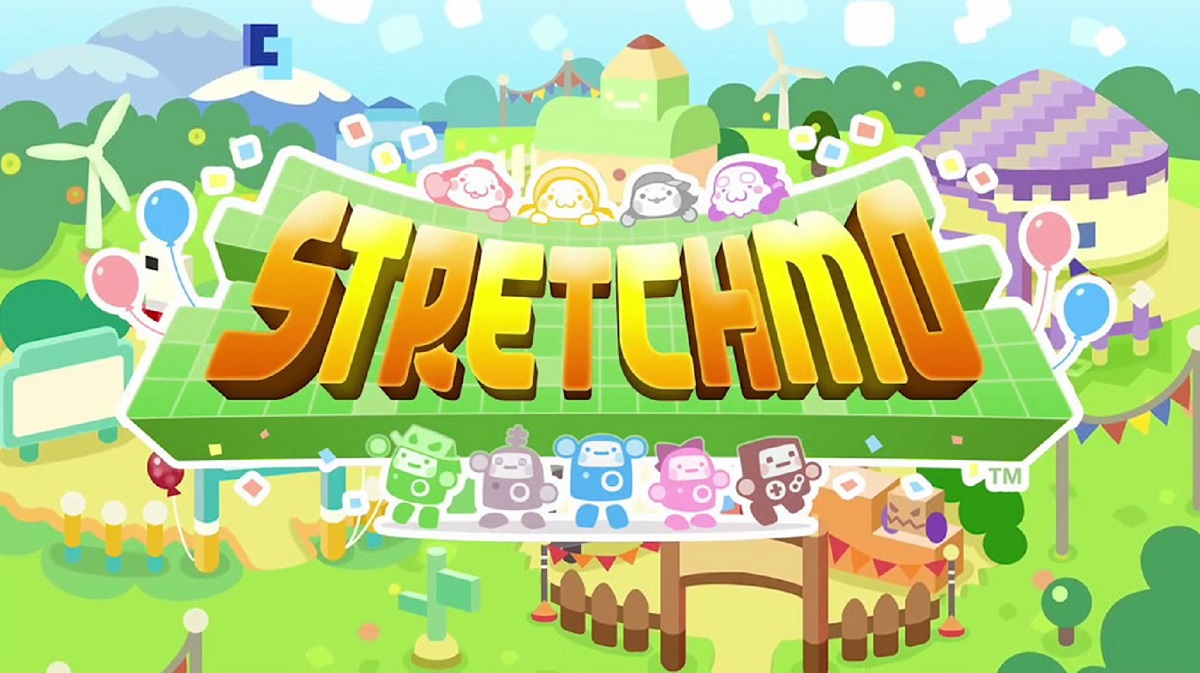 Free-to-play videogames are not hard to find. In fact, what is difficult, is finding a free-to-play videogame that utilizes the model adequately. Videogame developer, Intelligent Systems, and their brand new installment in the Pushmo series, Stretchmo, emulates what past iterations did well and reintroduces them into a new experience with a hint of nostalgia as the cherry on top. Admittedly, Stretchmo isn’t the best videogame I have ever played, but it is the best videogame that possesses a free-to-play model. Here’s why.

Stretchmo is a smorgasbord of previous titles in the franchise. Like its predecessors, Stretchmo possesses puzzle manipulation and conundrum-like scenarios, which is fine but may come off a bit derivative, especially to those who have experienced these sorts of titles before. The games main protagonist, Mallo, is still working his way up a platform and rescuing an infant who is trapped from within in a puzzle block. Not much has changed in that regard, in fact, the videogame carries that structure from beginning to end, so I can understand why some may be reluctant to give this game a try. The lack of innovation in this title is blatantly obvious, and in order for the individual to experience change in this installment, he or she must partake in the titles microtransactions. 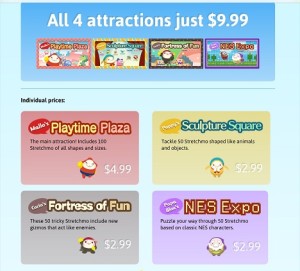 Like titles of the past, Stretchmo brings along a wealth of content. 257 stages full of mind-boggling puzzles that may have you walking away from your 3DS from time to time, but only seven out of the 257 are free. Be not discouraged, the first seven stages work perfectly fine as an introduction to the series and absolutely serve a purpose, even if that purpose is to encourage or discourage individuals from purchasing additional content. Here is where the game gets it right, the pricing and the amount of content in each package is perfectly set, it’s not too expensive and the game doesn’t skimp you on content. Most packages will cost you roughly three dollars and will include up to fifty levels per purchase. Even if you spend three dollars, you’ll still grab fifty additional puzzles and have done so without breaking the bank. To be honest with you, tapping into the games microtransactions is the best way to experience Stretchmo as a whole, and it’s the only real way to experience some form of change within gameplay. 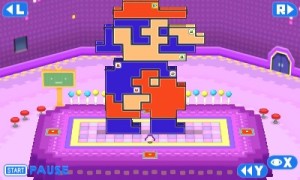 Stretchmo possesses four packs of additional content, each with its own unique charm and state of quandary.  Mallo’s Playtime Plaza is the first piece of downloadable content and brings along with it 100 puzzles with a sense of familiarity of titles from the past, it also happens to be easy going and enough to either hook or snap the players attention span. On deck is Poppy’s Sculpture Square, a variety of puzzles that take shape of objects like flowers, glass cups or a tank. The premise is ultimately the same, but the shapes in which these puzzles form happen to be different which increases the need to critically think when solving puzzles. The third expansion in Stretchmo is Corin’s Fortress of Fun and happens to be where they game increases in difficulty due to its differentiating factors. Like other content packages found within Stretchmo, Corin’s Fortress of Fun consists of fifty stages, but unlike previous levels, Corin must traverse his way through block sized enemies with mobility. Bumping into these foes isn’t exactly game-breaking and doesn’t restart your puzzle configuration; it just places you at the bottom of the structure and acts as a minor annoyance. The final piece of downloadable content found in Stretchmo is Papa Blox’s NES Expo, or as I like to call it, “The crème de la crème.” This content package is a call-back to NES classics like Super Mario Bros., Donkey Kong and Excitebike. While the content found in Papa Blox’s NES Expo certainly scratches that nostalgic itch, puzzles are increasingly difficult to accomplish as the level of difficulty is cranked to the max. I found myself stressing-out at times and walking away from my Nintendo 3DS due to being frustrated. It was nice to have these call-backs implemented, but it seemed like pulling-teeth to complete them.

As the fourth installment in the Pushmo series, Stretchmo doesn’t reinvent the wheel, but it does implement the free-to-play model very well. It isn’t aggressive when it comes to microtransactions, and when their brought up, it’s only made apparent once and viewed more as expansion-packs rather than a means to nickel and dime the individual. At first glance, Stretchmo may seem a bit derivative to those who have experienced previous installments in the series, but the implementation of mobile enemies within the third content package changes things up a bit and keeps things interesting and feeling fresh. Stretchmo is a game that is definitely worth checking out, especially when it offers so much content to the player, at such a low price.