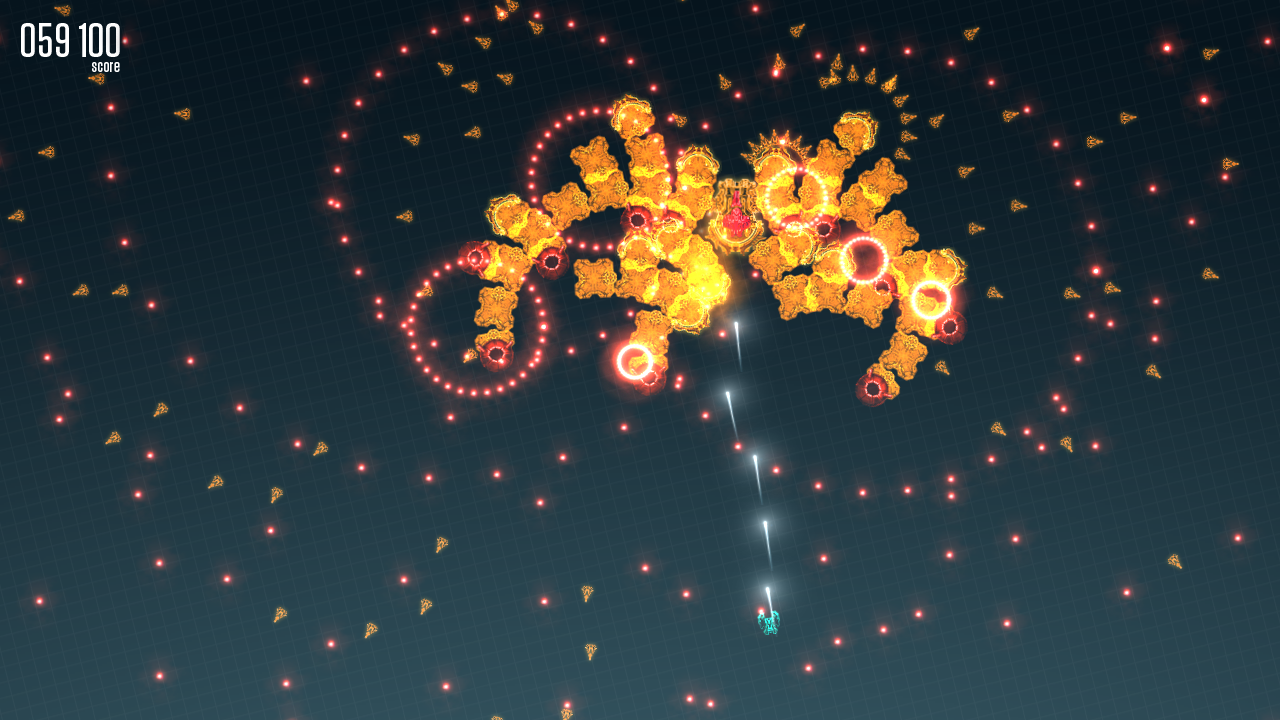 XType Plus, a schmup from indie developer PhobosLab, suffered a set back on release with a bug that caused the game to freeze.  XType Plus was removed from the eShop in Europe and North America but has since returned after getting fixed.  Despite this initial setback, XType Plus is a great schmup for fans of the genre or a good game for those new to shoot em up games. XType Plus is not the first game from PhobosLab but it is their first game on the Wii U.  XType Plus is the Wii U version of the mobile game without the Plus, XType.  The highlight of XType Plus is the frenetic gameplay and the leaderboards. 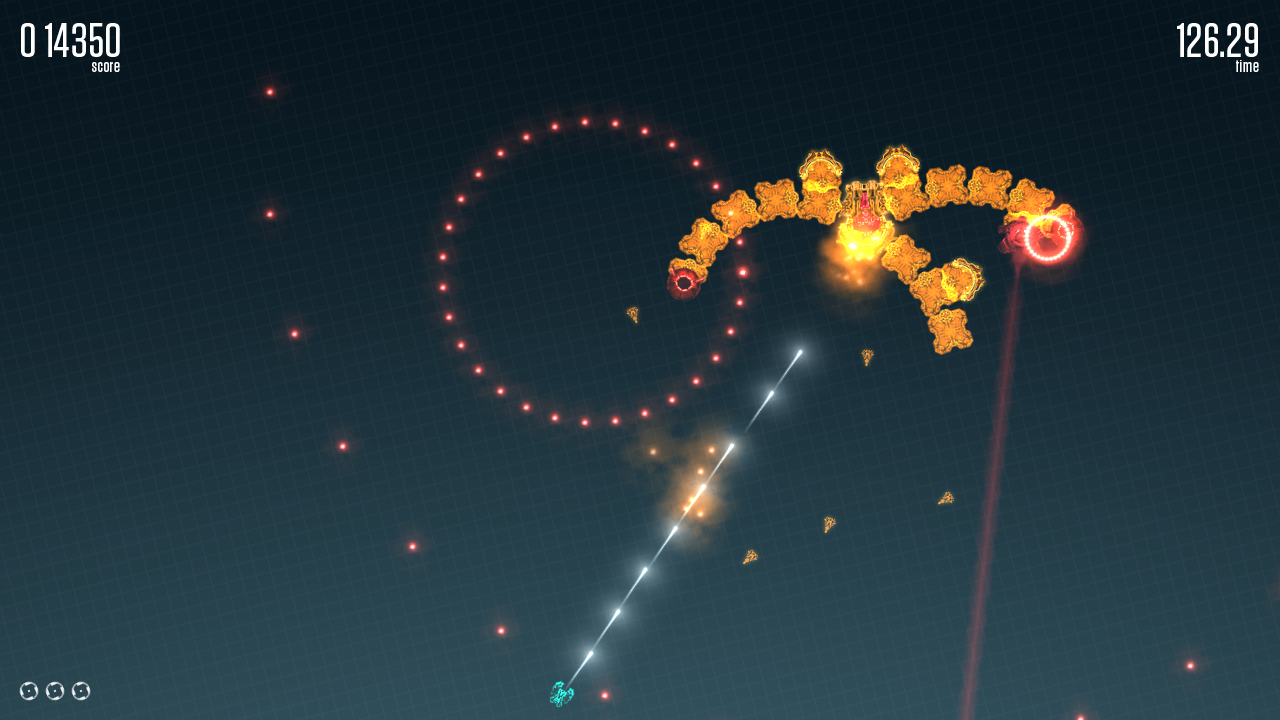 The graphics are good and fit the game quite well and the same goes for the music and sound effects.  The cosmetic aspects, the graphics and auditory aspects, aren’t particularly special but they don’t take away from the gameplay. The gameplay experience that PhobosLab has created is pure bullet hell awesomeness.  XType Plus starts players off with a fairly easy opponent but ramps up on the difficulty rather early on in the game.  This, I think, helps encourage players to play the game over and over again to see how much further they can advance.  This is only perpetuated by the leaderboards. 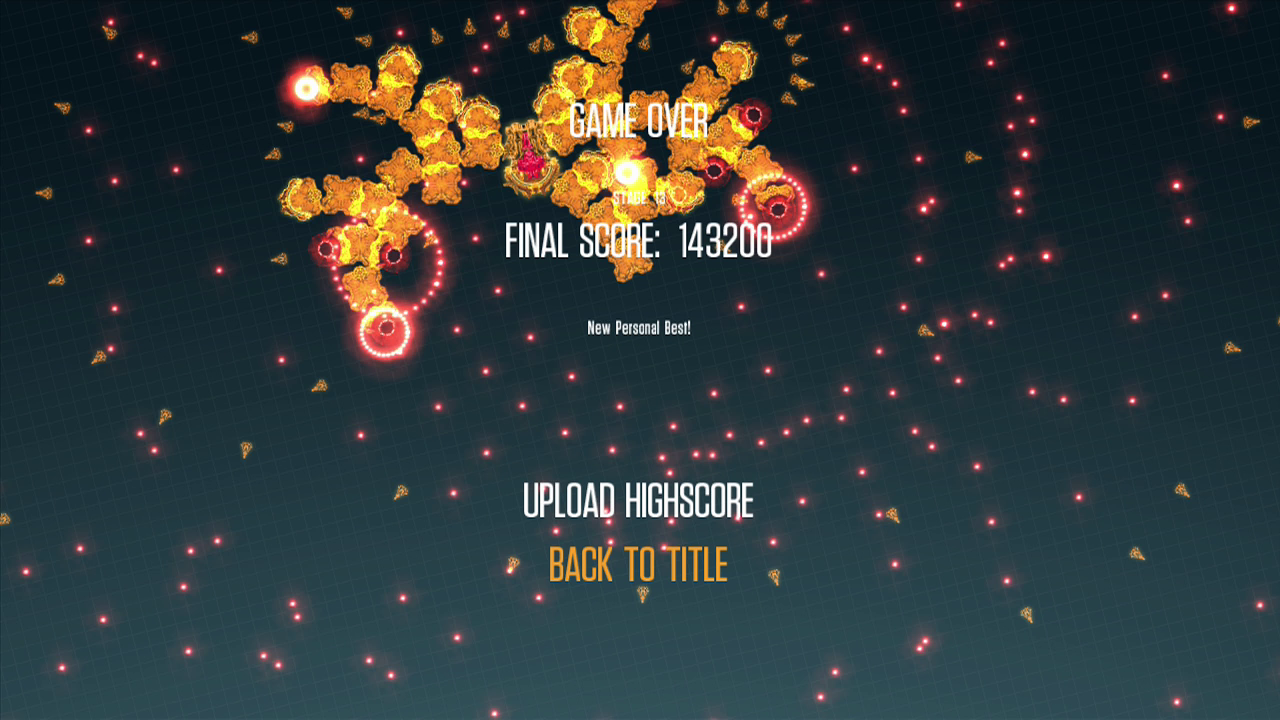 The leaderboards in XType Plus are very extensive.  Players can check out high scores that a broken down in several different categories.  High scores are broken down between the two game modes available, which I will discuss later, and then from there are broken down even further.  After selecting a game mode, high scores can be broken down by all time, this week, and friends.  So players will have a lot of opportunities to try and best the high scores posted by others while playing XType Plus. 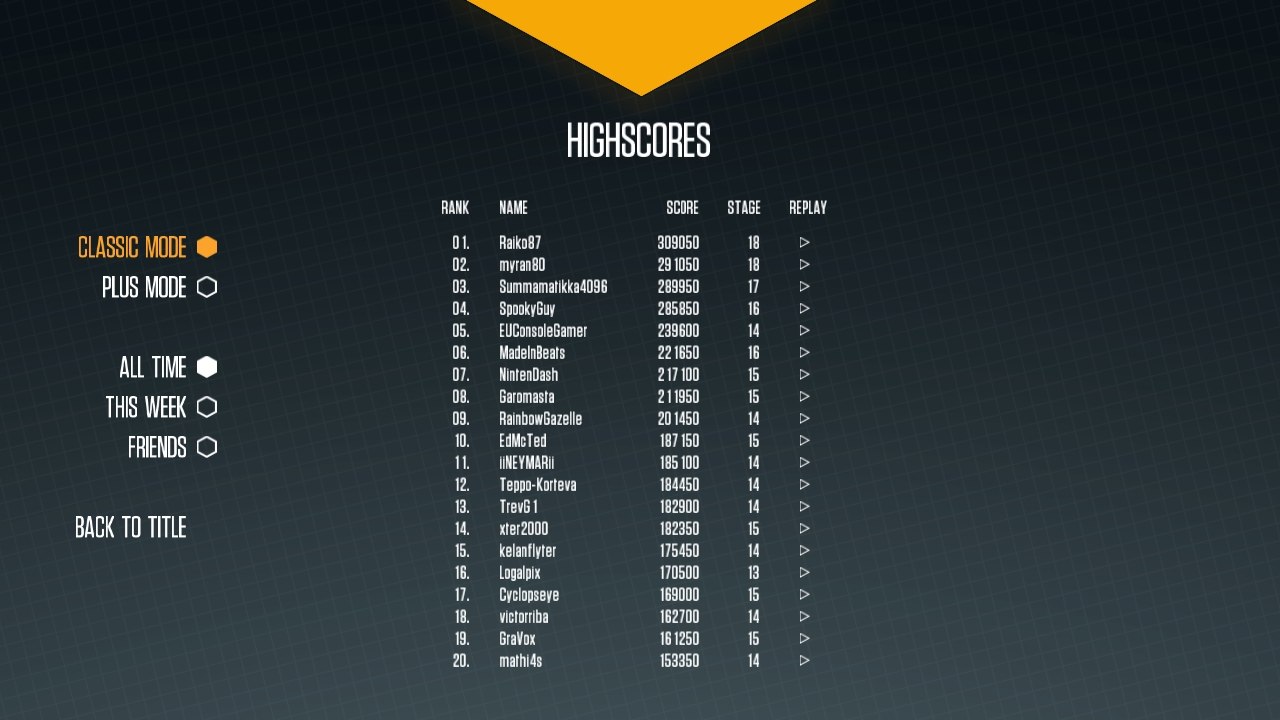 There are two game modes available, Classic Mode and Plus Mode.  In both modes players will be given three lives to advance as far as possible and try and survive enemy attack for as long as possible.  Classic Mode is score based mode that pits players against their lone opponent in stages that increase in difficulty.  Plus mode is similar to Classic Mode but the enemy now has lasers and players will be equipped with EMP Bombs.  Plus Mode is also a time attack mode where players will be rewarded with more time after completing stages.  EMP Bombs knock out enemy weapons for a very short period of time and aren’t particularly useful early on but can become more helpful when later stages are reached. 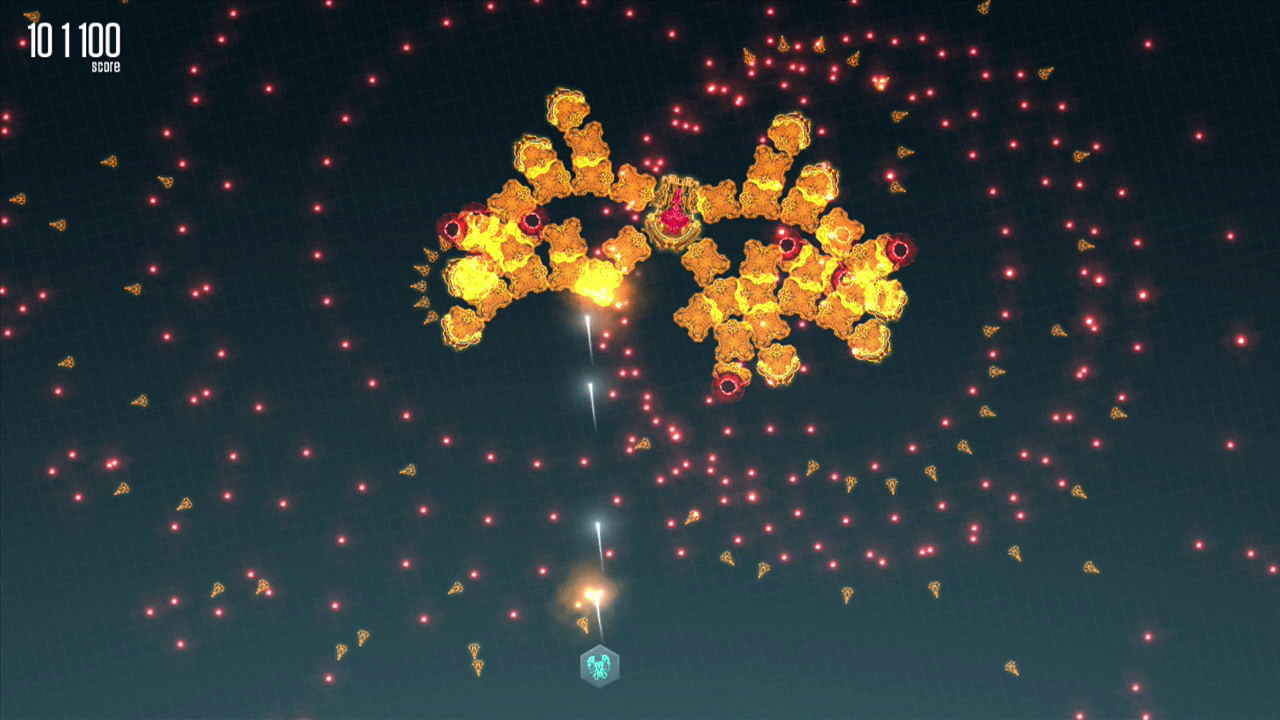 XType Plus doesn’t have an extensive amount of content.  With only two game modes available and a lack of variety in enemies encounters would almost always doom a game to failure but for XType Plus the story is a bit different.  XType Plus is a ton of fun to play and will be a great addition to any gamers library, especially for those who are fans of top down shoot em ups.  XType Plus could benefit from some improvements like additional enemies types or a better variety of enemy encounters, additional game modes, and possibly some multiplayer.  These are minor though and the game is very enjoyable as is. 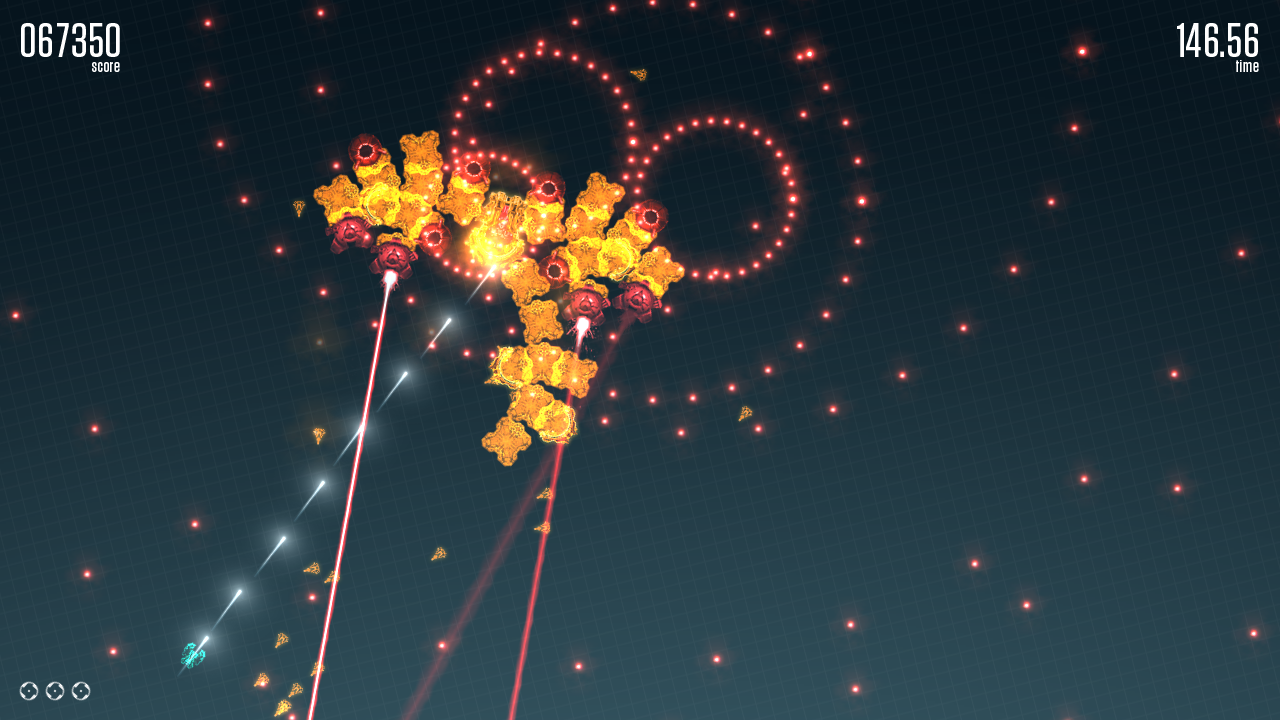 XType Plus is very easy to pick up and play.  With the dual analog stick control scheme, XType Plus is one of the easiest titles to play but gameplay can get rather difficult.  GamePad features are nonexistent and doesn’t even offer Off TV Play but this doesn’t impact gameplay unless someone else needs the television.  XType could use some minor improvement but is otherwise a solid experience.  I commend PhobosLab for XType Plus and I hope to see the developer provide an expanded XType experience on the Wii U in the future. 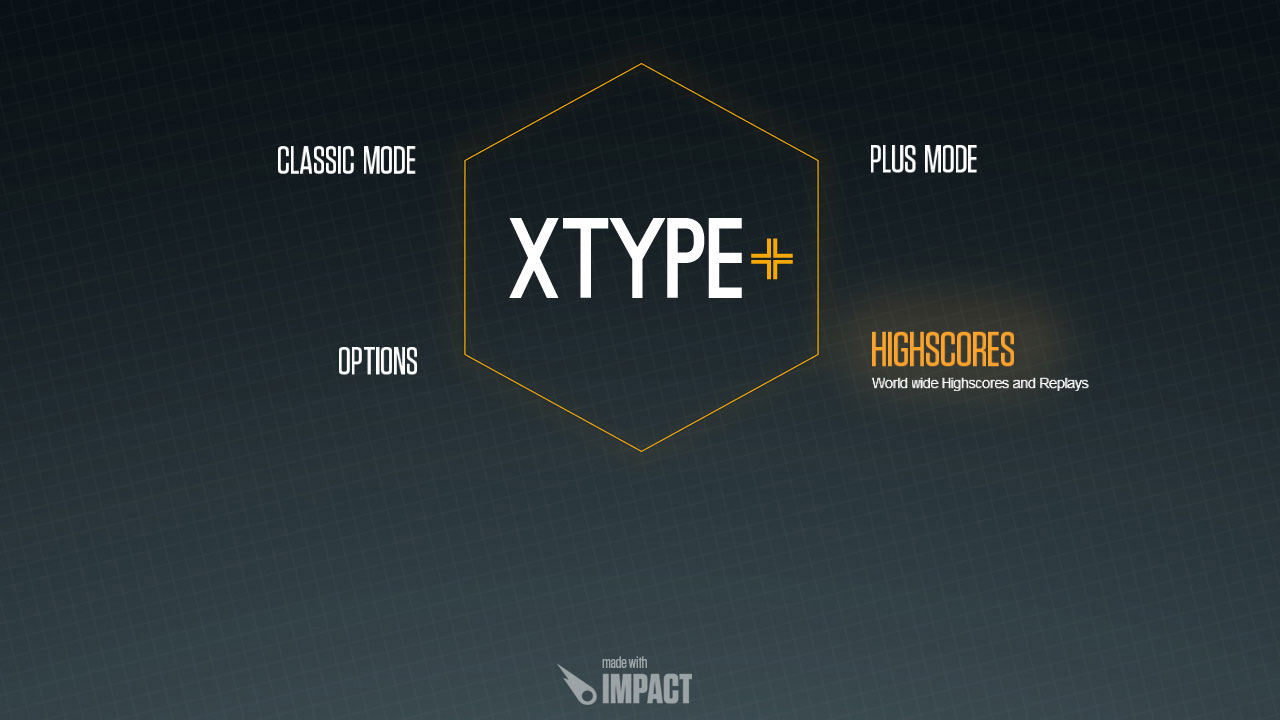 XType Plus is a fantastic schmup with a lot of potential.  Could use some improvements but is a good first go at the genre.

Hi my name is Justin. J Money is a nickname I've had for years. I am the Assistant Editor for PureNintendo.com and writer for Pure Nintendo Magazine. I love racing/driving games; my favorite games in the racing genre come from the Need For Speed franchise. I also have, what some would probably call, an unhealthy obsession with zombies. Besides video games, I also like movies, music, Magic: The Gathering and cars. My favorite car...the Nissan 370Z. NNID: J-Money / 3DS Friend Code: 3351-4842-1563 / Favorite DS Game: Picross 3D / Favorite 3DS Game: Nano Assault / Favorite Wii Game: Monster Hunter Tri / Favorite Wii U Game: Need For Speed: Most Wanted U
Submit a Comment