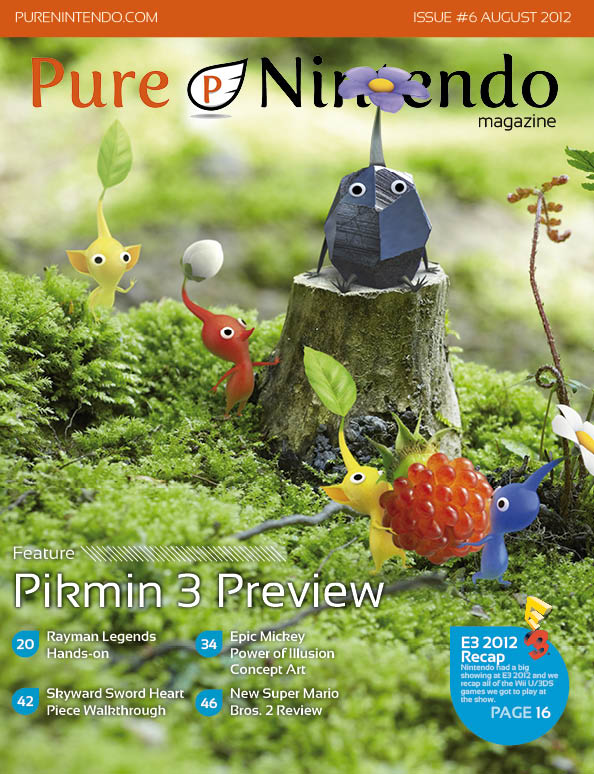 *** International backers: please add $15.00 to your pledge amount so we can share our awesomeness with you wherever you are!

Just visit http://www.kickstarter.com/projects/purenintendo/pure-nintendo-magazine to view the full video and show your support.

More about Pure Nintendo Magazine:
Were you as crushed as we were to hear that Nintendo Power magazine was going out of print this December?  Did you grow up looking forward to the next issue, wondering what mysterious new things Nintendo would reveal this month?  Well, we are life-long Nintendo fans who remember and decided to do something about it.

We’re using Kickstarter for one clear and simple reason. We want to give our backers and supporters the ability to receive high-quality Nintendo news in the form of high definition screen shots, photos and intelligent articles in their mailbox every other month. With your contribution, Pure Nintendo Magazine will be available for subscription and distribution wherever there are Nintendo fans.

We love Nintendo and we hope you do too!! Help us prove to the gaming community that there are still Nintendo fans out there who have an insatiable appetite for all things Nintendo!

Those who follow Nintendo news know that there aren’t many places to read dedicated Nintendo news, let alone a magazine delivered to your doorstep or inbox. Help make Pure Nintendo Magazine your source for ALL things Nintendo!

Digital fans, don’t fret – Pure Nintendo will also be made available in digital form for your tablet, mobile device, or desktop.  Read anywhere, or keep nearby as you’re battling that difficult-to-fight boss to get tips and tricks which will give you the edge!