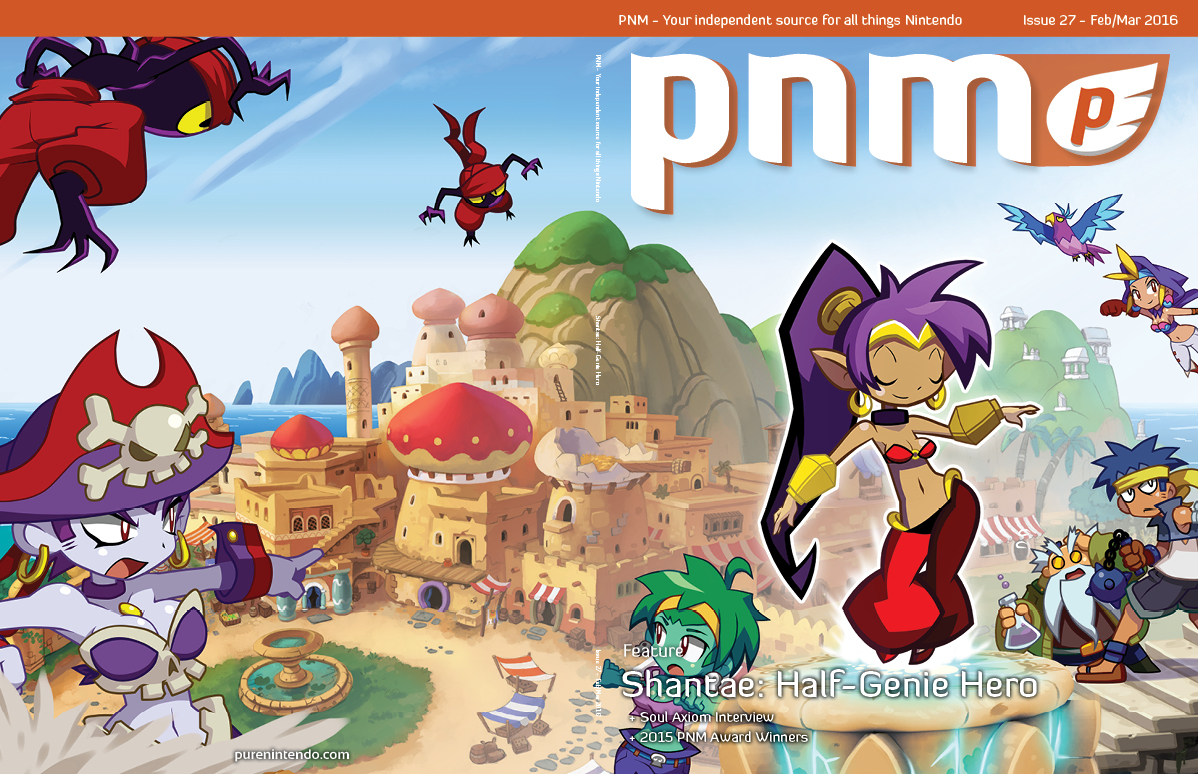 Nashville, TN – February 29th 2016 – Indie developer WayForward has been in the video game business for twenty-six years, producing countless games for generations of gaming platforms. In 2002, WayForward, released the first title of what would soon be WayForward’s mascot and most known character, Shantae, on Game Boy Color. Since then, WayForward’s famous half-genie has appeared in a handful of titles, the majority of which premiered on Nintendo handhelds. In a bid to keep IP like Shantae in the limelight, WayForward released a kickstarter for the next game in the Shantae series, Shantae: Half-Genie Hero, which raised $776,084 in 2013, excluding funding received via PayPal donations.

Three years after the launch of WayForward’s successful kickstarter, PureNintendo.com is pleased to announce the cover of PNM Issue 27: Shantae: Half-Genie Hero! For our cover story, PNM features an exclusive interview with Creative Director, Matt Bozon covering WayForward’s history with Scuttletown’s favorite (and only) guardian genie! But that’s not all!

Shantae: ½ Genie Hero will release on Wii U, Xbox One, PS4, and Steam later this year.

Here’s what some of our staff cooked up for this issue: 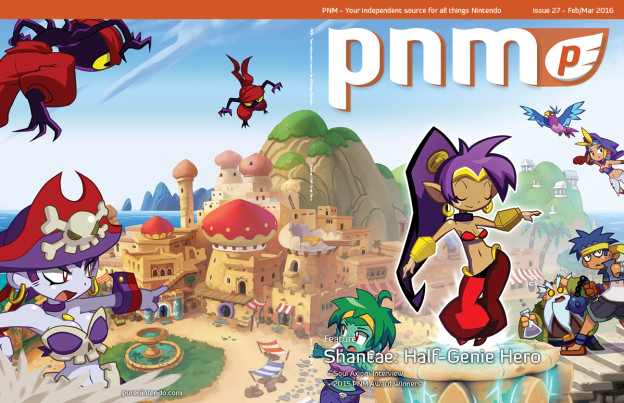 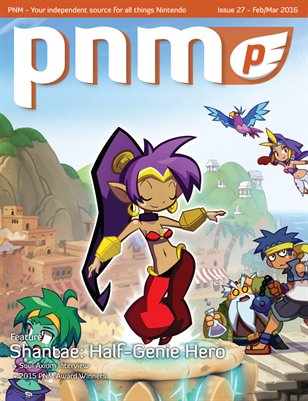 2016 is going to be a big year for Nintendo in a lot of ways. Not only will we (hopefully) see the release of the next Zelda game, but we could also see the release of a new Nintendo console and/or handheld! In this issue we dive into one of my most anticipated titles of 2016, Shantae: Half-Genie Hero. We go behind the scenes with the creator of Shantae himself, Matt Bozon, to discuss everything about Shantae’s new adventure. We also…

Single issues of the magazine can be purchased in print by checking out our MagCloud store at the following url: http://www.magcloud.com/browse/issue/1021855. Yearly subscriptions (6 issues) for PNM come at a cost of $9.99/yr for the digital version! Subscriptions can be purchased through our iOS or Android app.

Get the Android App Get the iOS App

We regularly publish Nintendo fan art in each issue of PNM!  Do you have a piece of artwork that you are particularly proud of? E-mail it to Kaelyn, our artwork curator, at kaelyn@purenintendo.com for a chance to see it published within the pages of PNM!