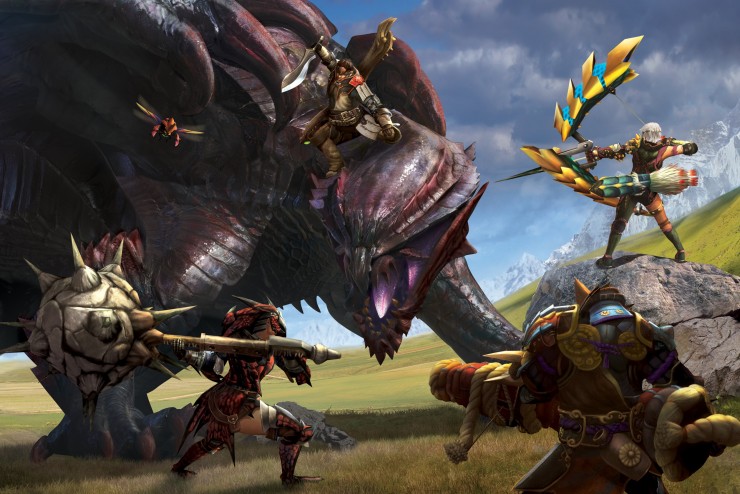 Nashville, TN – January 29th 2015 –  The first official issue of PNM for 2015 features a huge franchise from Capcom on the cover!  Pure Nintendo is so proud to reveal the cover of our 21st issue of PNM which is host to an epic Monster Hunter battle! Issue 21 for February/March 2015 is packed with awesome Nintendo gaming content!  Check out our interview with Ryozo Tsujimoto of Capcom about Monster Hunter 4 Ultimate which is due out very soon, a full preview of the highly anticipated inky shooter Splatoon, a profile of our favorite fairy, Tingle, and much more.  In this issue instead of a Let’s Talk feature, James Casson and James Higginbotham duke it out in a debate Spy vs Spy style that we are calling James vs James and the topic is NES vs Gameboy.   There are a lot of other great articles and interviews this issue so please make sure to check it out!  Issue #21 also has much more including a bunch of game reviews and other fantastic Nintendo goodness! 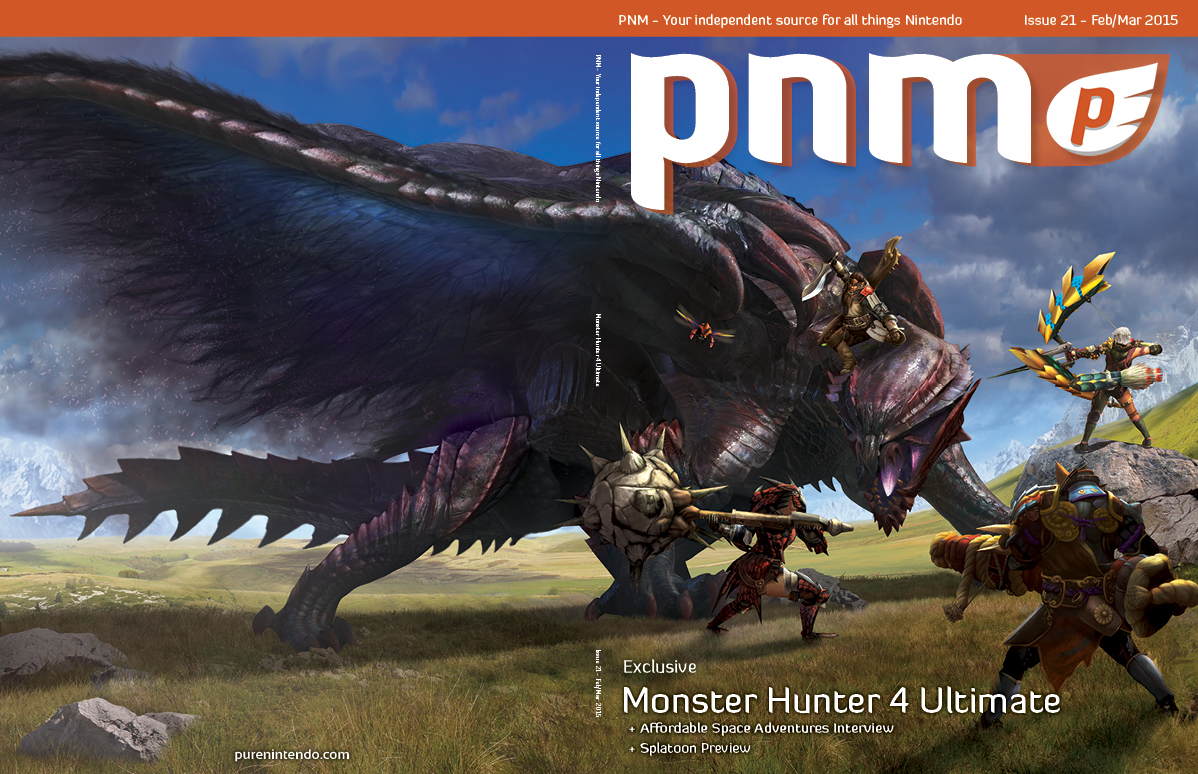 Single issues of the magazine can be purchased in print by checking out our MagCloud store at the following url: http://www.magcloud.com/browse/magazine/386574. Yearly subscriptions (6 issues) for PNM come at a cost of $9.99/yr for the digital version but if you want to save some loot, be sure to check out our new 2 year and 3 year subscription options! Subscribe for 2 years at the price of $14.99 and save $5, which is half a year for free! Subscribing for 3 years will save you $10 because you’ll only be paying $19.99, this means 3 years of PNM for the price of two! We hope that our readers take advantage of this incredible savings opportunity!  Subscriptions can be ordered at https://purenintendo.com/magazine.

Save now before time runs out!

Subscribe now and get 20% off a 1-year subscription! Use code ‘PNMNEWYEAR’ at checkout to receive your savings. The offer is valid on all new subscriptions or renewals but is only valid until January 31st!  Time is running out fast on this fantastic deal so subscribe now before it’s too late!

We regularly publish Nintendo fan art in each issue of PNM!  Do you have a piece of artwork that you are particularly proud of? E-mail it to Kaelyn, our artwork curator, atkaelyn@purenintendo.com for a chance to see it published within the pages of PNM!