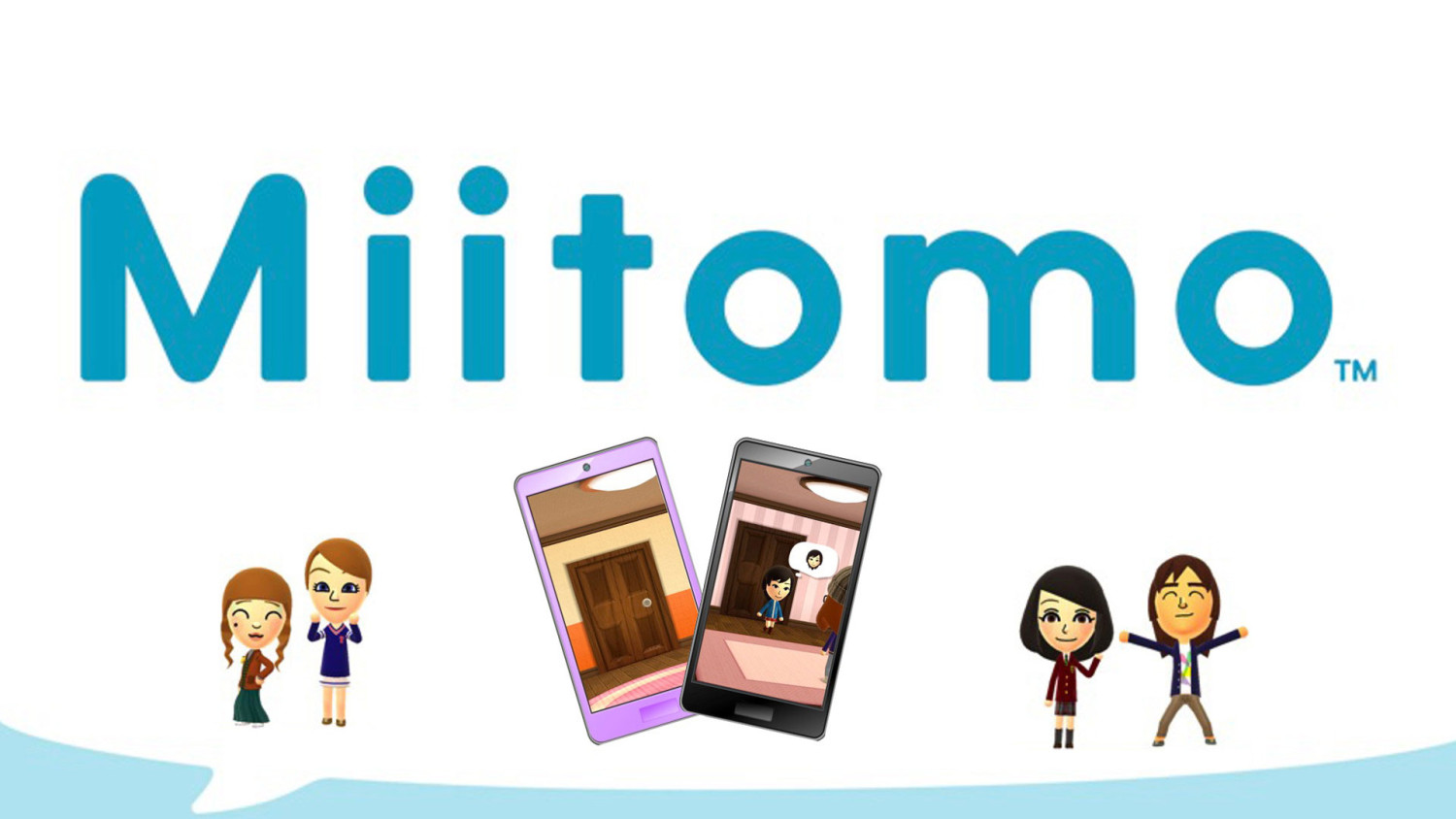 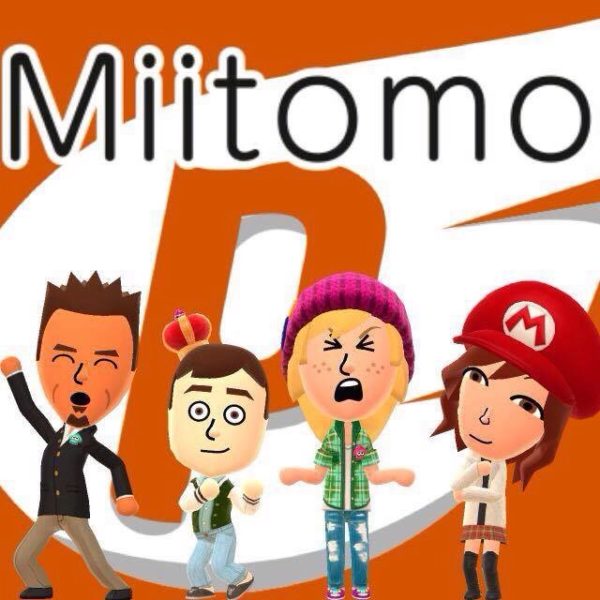 Miitomo burst onto the scene amid expectations and doubts. Nintendo’s first foray into the mobile world had to be special. The download numbers suggest people were interested in what Nintendo could pull off. I waited patiently at midnight (in Australia) for the release, and stayed up much too late trying it all out.

I didn’t expect much from Miitomo – I’m not big on mobile games (I prefer my 3DS for gaming on the go) and I’m not hugely into sim games. Sure, I’ve got Animal Crossing like millions of others, but I’m pretty time poor so have little time to dedicate to something that needs daily attention (hey, I’ve got two young kids for that).

But Miitomo is much better than I expected or hoped. and kept me coming back every day for the first few weeks. It’s incredibly easy to waste time in this little world, though my interest has waned lately – mostly due to real life taking over, as it always does with me.

The game is well-made, looks good and works well. Questions make me giggle and I enjoy interacting with friends and catching two Miis interacting with their crazy noises and facial expressions, like they are really engaging in something. There’s no pressure to spend real money and trying on and buying clothes is fun.

Downsides? The load times can be annoying. I’d like more variety in questions and costumes, even the ability to write my own questions, though it’s understandable why isn’t the case with traditionally family-friendly Nintendo. Overall it’s a fun little app and I’m happily awaiting Nintendo’s next mobile game.

I was excited when I heard Nintendo was releasing a mobile app. I started telling friends at work about it, getting them excited so they’d download it too. After finding out it’d involve Mii’s I figured it’d be like Animal Crossing or Tomodachi Life, but I was wrong. I remember going into work the day after Miitomo launched and having at least three friends tell me it was boring and they deleted it after only one day. I knew that right there was a bad sign, not only for me but for my beloved Nintendo as well.

My first time launching the app was fun, I was anxious to create my Mii and start adding friends. Plus you got My Nintendo coins and stuff for signing in, which was nice. But it swiftly lost appeal after the first ten or so questions. I remember thinking ‘is that it? This is Miitomo?’. An everlasting chore of reading and answering questions? Which is hardly fun or appealing after long periods of time.

Don’t get me wrong, it can be funny reading what friends have to say. I personally love hearing Mii’s say everything out loud, that makes me chuckle. I also like getting coins for the My Nintendo account. But you can only read and answer the same questions so many times.

After discovering the Miitomo drop mini game I figured that might be fun. But it just frustrated the crap outta me. It requires no skill, just pure luck (which I apparently lack). Another thing I can’t stand is the price of clothes, it’s ridiculous. Seriously, the best part is dressing your Mii up and taking Miifotos. But I can’t buy new clothes because they’re outrageously overpriced and I can’t win clothes because I always lose.

I did have lots of fun creating Miifoto’s, but I feel that’s lost its appeal as well. I hate to say all this because I was really rooting for Miitomo, but I think if an update doesn’t come soon Nintendo’s going to see its popularity decline quickly.

Fun, but the novelty wears after a bit

Miitomo is exactly the kind of title I’d expect Nintendo to choose as their first release into the mobile market. The game harnesses their signature Mii’s into a semi-social environment. Through Miitomo, users answer questions about themselves, which are shared with friends who can then comment. Unfortunately, there’s no way to send out direct messages, making the answer board the only way to directly interact. A simple direct message could have easily helped make Miitomo into a heavier social application. Making and sending wacky pictures of your Mii’s is a feature almost perfectly catered to the Twitter audience, with photos ranging from funny to outright disturbing, but the surge of photos that once roamed the twitter verse has died away.

Right now, the largest reasons for using Miitomo are getting coins and buying outfits. Different outfits cycle in and out daily, which is good motivation for users to hold on to their cash in case they see something particularly eye-catching. Special outfits are featured in the Miitomo mini-game, which can be played using a ticket, or 500 coins. Watching Mii’s tumble down a plinko-eque course is fun, but sometimes nabbing the right piece of clothing comes down more to luck than skill.

Miitomo isn’t going to win any mobile gaming awards, and many may bemoan the fact that Nintendo’s first mobile title is a social application. Fortunately, it sounds as though the upcoming Fire Emblem and Animal Crossing titles will be more akin to what the gaming audience is looking for when the partnership with DeNA was first announced.

Although 10 million plus downloads proves that Miitomo had a very successful launch, I can’t help but feel it’s quickly running out of steam. It seems that nearly all the questions I get are either repeats, or minor variants on previously asked ones. No doubt this is a sizable factor in my number of active friends, which is down to just a small handful.

I know updates are planned, but I really feel a shot in the arm would be better incorporation with rewards. My Nintendo and Miitomo are linked; I’ve downloaded two games solely from my Miitomo coins. Presently My Nintendo is no match for the Deluxe Digital Promotion, or even Club Nintendo for that matter. However it could be (likely when the NX launches) and I feel Miitomo can take better advantage of that by offering more ways to earn coins.

At the end of the day though, who knows how long an app like Miitomo will really last. With games like Animal Crossing and Fire Emblem heading to the mobile scene, I suspect Nintendo’s focus will be elsewhere. Not to mention the NX of course, which is certainly their main focus.

Miitomo is a entertaining distraction, but it’s not going to keep me from my 3DS or Wii U. Hopefully its publicity and revenue will help Nintendo make sure those systems retire with dignity, while helping to ensure a successful NX launch. In the meantime, I’ll keep checking in for my daily reward. But just like with Nintendo Badge Arcade, Mittomo will probably turn into a weekly thing for me, rather than a daily one.