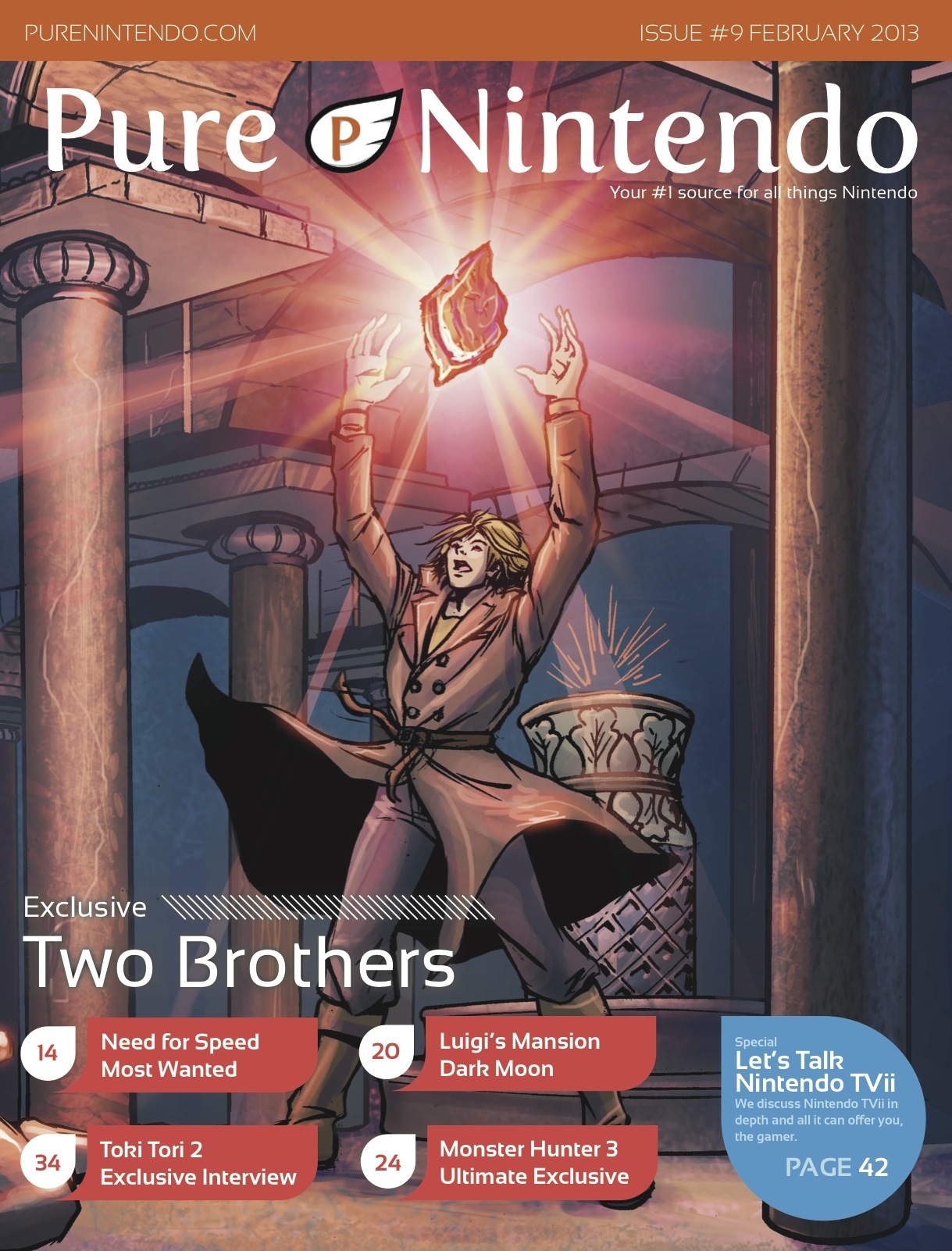 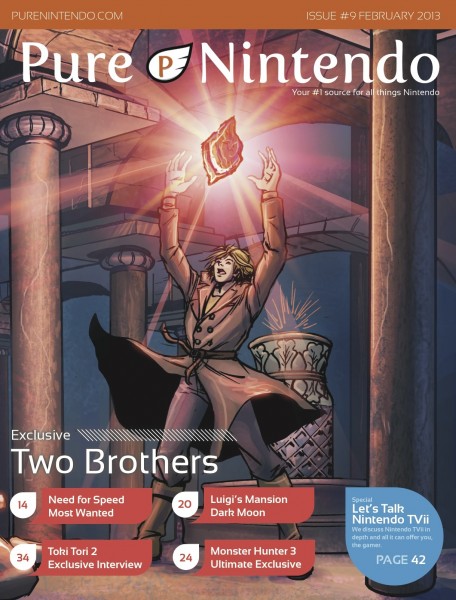 Nashville, TN – February 5th 2013 – Pure Nintendo is proud to announce the release of the 9th issue of PNM. So much has already happened in 2013 that the 9th issue is cover-to-cover full of interviews, previews, and reviews from the world of Nintendo. Be sure to read our in-depth look at AckkStudios’ Two Brothers, as well as an exclusive look into The Legend of Zelda timeline from Hyrule Historia. Check out exclusive interviews with Ryozo Tsujimoto, Producer of the Monster Hunter series, and Collin van Ginkel, Producer of Toki Tori 2. Issue #9 also features reviews of some of the top Nintendo Wii U and 3DS games like Assassin’s Creed 3, Scribblenauts: Unlimited, Fire Emblem Awakening, and more.

Single issues of the magazine can be purchased by checking out our MagCloud store at tinyurl.com/a6gr4nl. Yearly subscriptions for PNM come at a cost of $20/yr for print, $10/yr for digital and the combo deal of $25/yr for both. Subscriptions can be made at http://purenintendomagazine.com
Previous subscribers can expect their digital or print versions of the magazine in the next few days.

PNM is your #1 source for exclusive interviews, game previews, concept art, game reviews, puzzles and much more direct from the world of Nintendo! Subscriptions available in print, digital, and the all-new interactive tablet version for the Google Play marketplace. (3DS, Industry, Nintendo, Wii U)