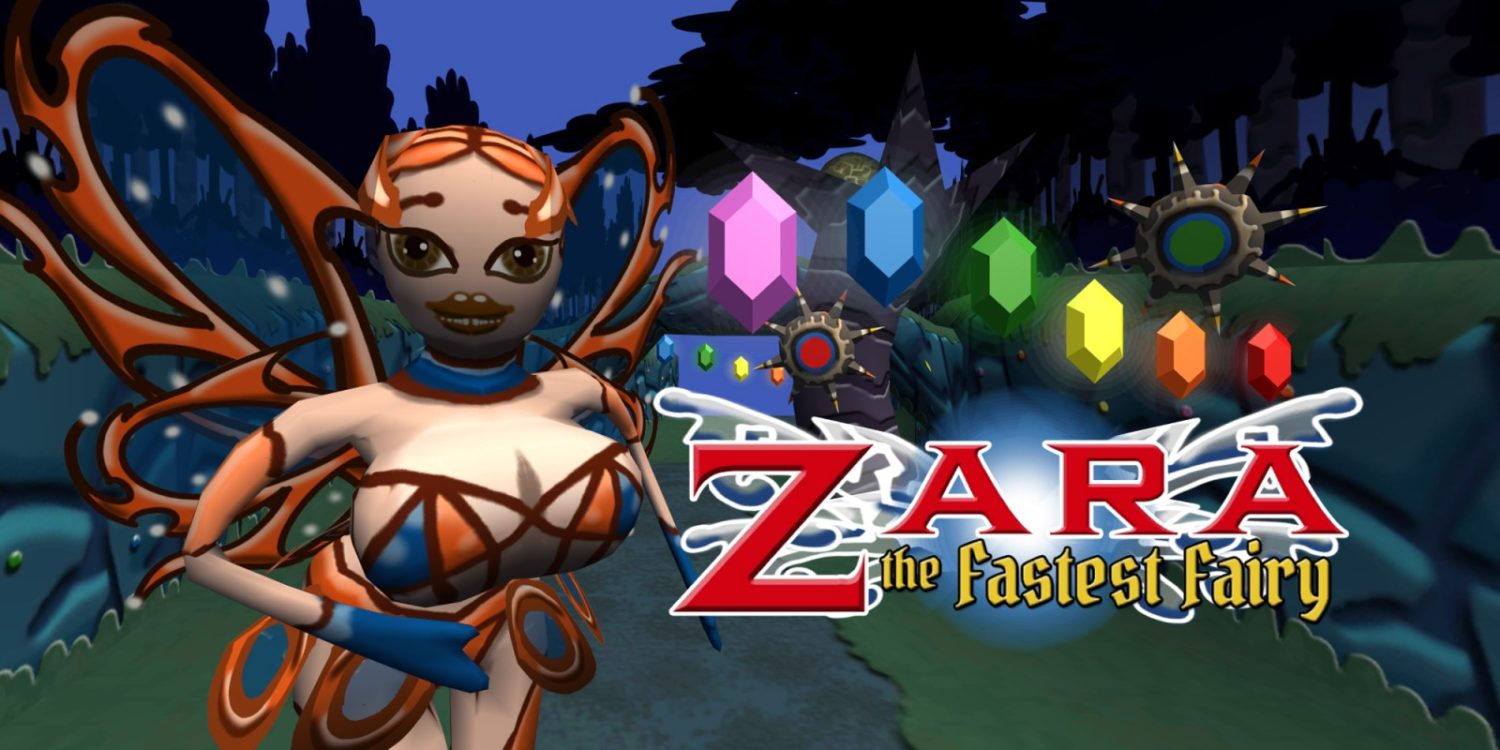 And here you thought you were done with your 3DS.

ZARA the Fastest Fairy is an arcade/action game recently released for the New Nintendo 3DS by Famous Games. Yes, that’s the “New” family of Nintendo 3DS and 2DS devices, meaning regular 3DS and 2DS owners everywhere will have to upgrade if they want to prove they are, in fact, the fastest fairy of them all. Is it worth it? 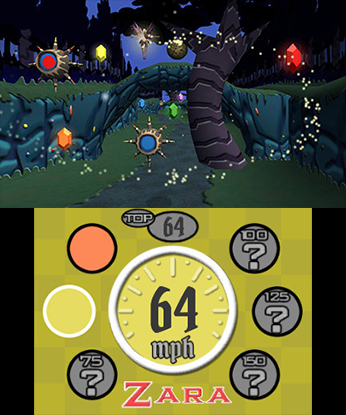 Okay, listen. ZARA the Fastest Fairy costs 98 cents. Not 99, but 98, as if the developers thought, “There’s too much competition in the 99 cent range, so how can we make our game more attractive to buyers?” The whole point of ZARA is to fly down a corridor, picking up speed as you dodge various objects. I could compare the gameplay to any of those Star Wars games that put you in the Death Star trench run, but because I prefer to date myself I’ll instead compare it to Tunnels of Armageddon, which I used to enjoy on my Apple IIGS.

Now, just imagine doing that ad nauseam; a Death Star trench run with no ultimate target. Would it be worth 98 cents? Hold on, because there’s also “bling” to collect on the way. Doing so increases your speed, but it also distracts you from the objects that end your run if you hit them.

You control ZARA (she’s the fastest fairy, you know) with either the D-pad or the left joystick. Moving them pushes you into designated flight lanes, so you don’t have total freedom of positioning. That makes the game a bit easier, as does the fact that releasing the control pad automatically centers you. The flight system is pretty comfortable, and I’m glad Famous decided to go this route instead of utilizing the more gimmicky motion or touchpad controls. 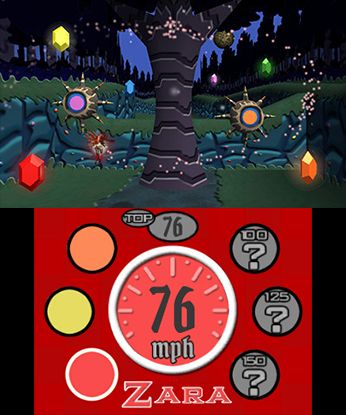 Again, though…worth 98 cents? Hold on, hold on, because you may want to know that reaching higher speeds unlocks new outfits for ZARA. This doesn’t serve much of a purpose considering she appears as little more than a trail of fairy dust during actual gameplay, but you can see the outfits between levels.

Speaking of our titular fairy, ZARA has been designed with anatomy that defies logic, the laws of physics, and the boundaries of good taste. This is not uncommon in gaming, but it comes off as gratuitous here considering you can’t even see her while playing the game.

Will that affect your decision on giving up your hard-earned-close-to-being-a-dollar? Well, there’s one more item to consider. The theme song, which you can hear in all of its sugary, J-pop goopiness at Nintendo’s website. I highly recommend you not memorize the lyrics, as I’ve learned from experience that singing it out loud can and will cause you to lose friends.

One last time. Is ZARA the Fastest Fairy worth 98 cents on your New Nintendo 3DS? It may surprise you to learn that yes, I kind of think it is. As much as my brain wants to fight me on this, I actually rather enjoy playing the game in short bursts. The 3D piloting effect is well done, the action is snappy, and the music is a riot (so long as you don’t expose yourself to it for too long). It’s not a game you’ll ever go out of your way to play, but keep it on your home screen and you might be surprised how often you’ll bust it open.

Don’t crash…oh! Change my clothes.
Ready for another go?

I suppose, ZARA. I suppose.

Raised on Intellivision and Star Frontiers, I've been a gamer since I was old enough to say, "There's nothing on TV." There's still nothing on TV so I'm still playing games, and I likely will be until I'm able to retire to Wuhu Island.
Top