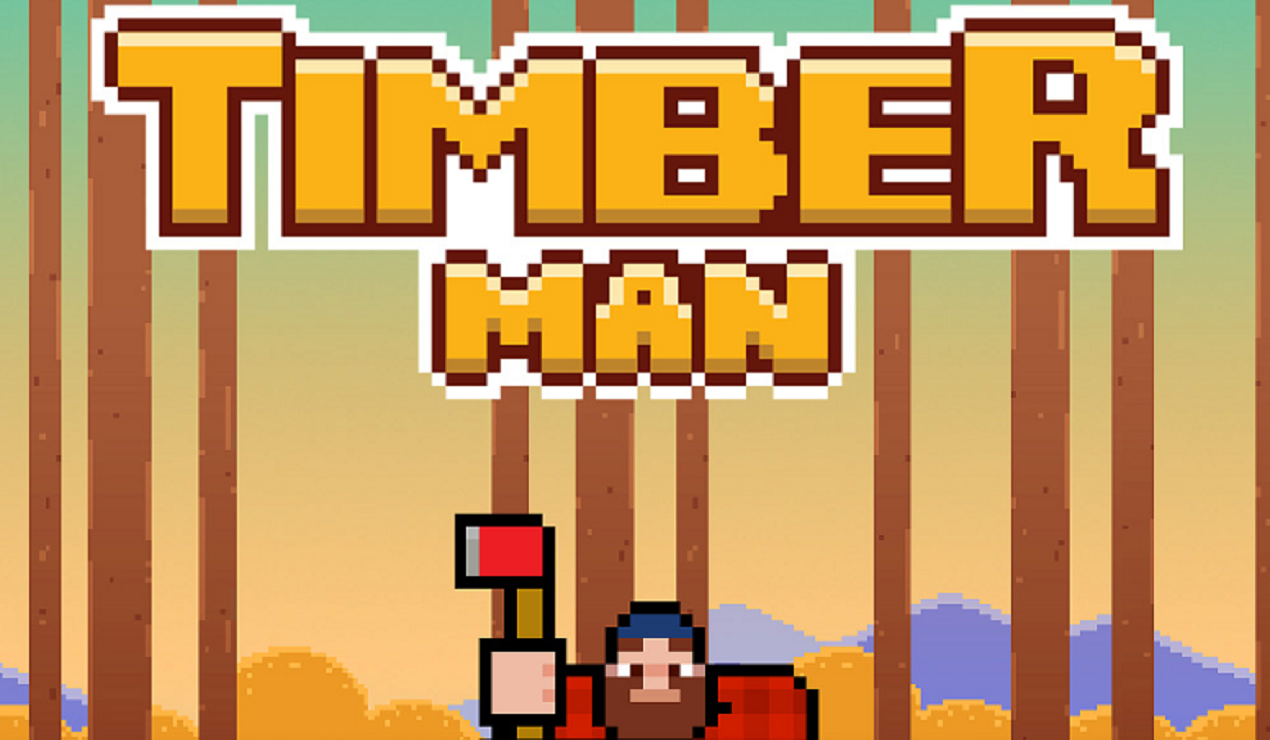 Timberman quietly snuck onto the Nintendo 3DS eShop a few weeks ago. Inspired by Kirk’s ZARA the Fastest Fairy review, I decided to spend $1.99 to download it. I can’t say I regret the impulse buy, even though it is a short and highly simplistic game.

Now the previous title we reviewed in the Timberman series (Timber Tennis Versus) did not score well with Michael. However, I think this casual game is a better fit on 3DS for a few reasons. New releases crowd the Switch eShop on a weekly basis, but on the 3DS this game can stand out more amongst the scant new titles. Repetition is also likely to feel lessened on a system that you might only play for a few minutes at a time. Lastly, the basic graphics are easier to accept on the aged handheld.

Timberman has four tree-chopping modes. Classic has you leveling up against a timer. Every 50 chops of the infinite tree increase your level. It records your best run. Hero mode has you chopping a tall tree to rescue birds from a forest fire. You can see your progress on the touchscreen, and the game keeps track of how many times you succeed in saving the birdies. Race mode has you racing to 100, 200, or 300 chops. Stats record how many races you win against the three CPU opponents. Lastly, 2-player VS mode has one player chopping with the d-pad while the other uses the A and Y buttons. Needing only one system is cool, but be prepared to sit close to each other.

Chopping is as simple as hitting the left and right shoulder buttons, corresponding to the side of the tree you wish to chop. Speed and speed alone is what trips you up, not complex controls. Menu selections are done via the touchscreen. I’m not sure why traditional controls don’t work in that case; I suppose it reflects the mobile origins.

Timberman has lots of characters to unlock! Even if they aren’t given full names, you’ll recognize most of them. My favorite so far is Eddie (Edward Scissorhands). I’ve only unlocked approximately 15%, so I’m looking forward to characters based on Mario, Peach, Darth Vader, and Tom Brady to name but a few.

Even if you only end up playing for 10 minutes at a time, Timberman is a fair addition to the 3DS eShop for just $1.99. Just don’t expect any depth. Add a point if you play on playing it while enjoying buttered scones for tea.

Even if you only end up playing for 10 minutes at a time, Timberman is a fair addition to the 3DS eShop for just $1.99. Just don’t expect any depth.