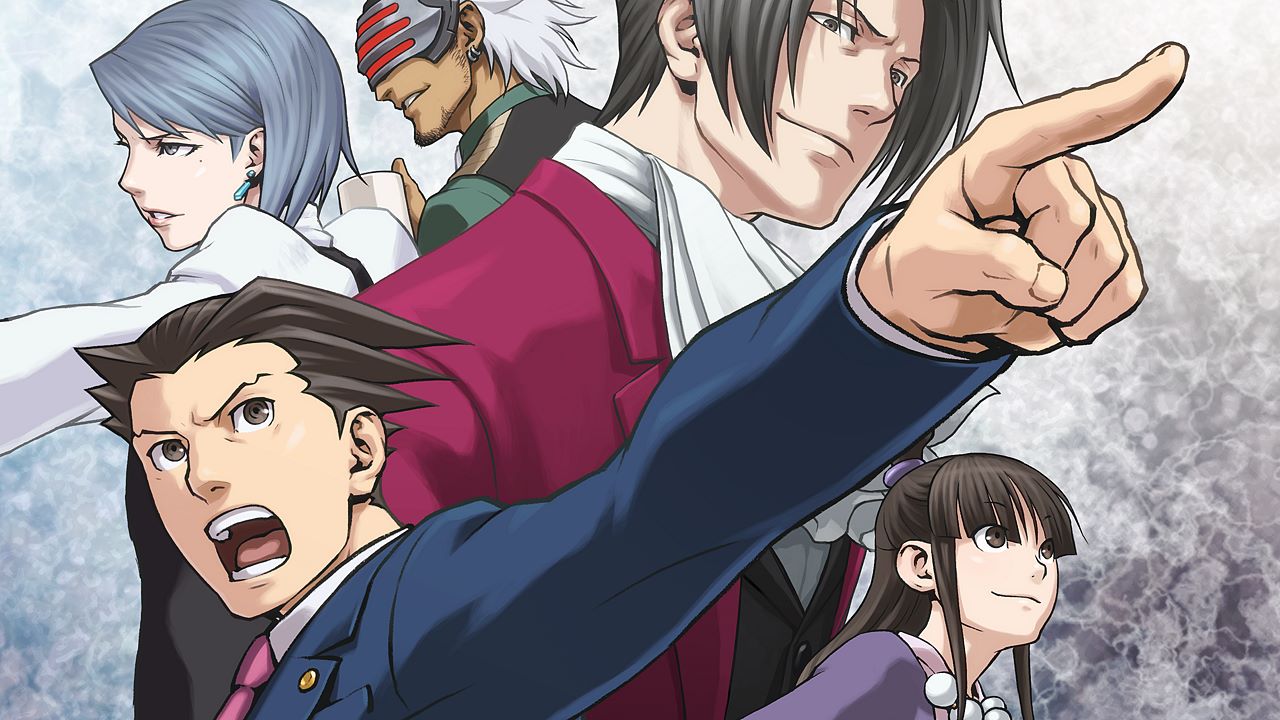 It is uncommon in today’s age that you will find a game involving different police cases, and especially in the format of a law procedural drama. Except there’s one law procedural series that’s stood out since the early 2000s and that is Ace Attorney.

Ace Attorney is the closest video-game series involving police cases that I’ve come to love since L.A. Noire by Rockstar Games. Until recently, I’ve regretfully had no experience with the Ace Attorney franchise. Ace Attorney: Trilogy was one of my most requested ports of 2018 (having never played the game, but being in love with criminal proceedings, it was a must port), so when the news broke it would be coming in Spring 2019, I was thrilled.

There have been several Ace Attorney games since its inception on September 15th, 2005 in Japan… Although lately, ports have seemed to be a trend with the series, while longtime fans might be disappointed by such, I’m grateful. Luckily, it was a port of the classics, which helps introduce new fans like me to the series as we await the inevitable Ace Attorney: 7 which was confirmed to be in development as of last year’s Tokyo Game Show — Ace Attorney Panel. 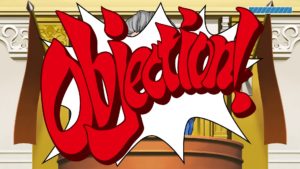 In Phoenix Wright: Ace Attorney Trilogy you primarily play as courtroom hero Phoenix Wright, who will be defending the innocent, trying to save the day. In order to succeed, extreme attention and preparation skills are required as you will have to press the people on the stand in intense showdowns and look at each crime scene closely. All you have at your disposal are wits and evidence and testimonies. It’s important that you find contradictions in the witnesses’ testimonies to expose the underlying truth. As you follow rookie lawyer Phoenix Wright, though, the trilogy will have you testing your wits across three games (Ace Attorney, Justice for All, Trials and Tribulations) bundled in this one title. You will experience both his career’s early years and later years. 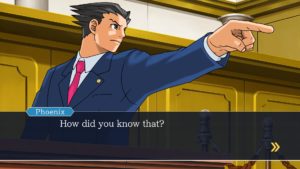 Aside from gameplay, the story is where the Phoenix Wright games have always shined. There is a rich cast of characters (Not actually “Rich” although some of them like Redd White are). There definitely is no shortage of characters in Phoenix Wright: Ace Attorney Trilogy which is a blessing and curse at the same time, because it makes me want to remember each person’s story. My personal favorite characters are Detective Dick Gumshoe, Maya Fey, April May, and of course the flesh in blood’ of it it all; Phoenix Wright. 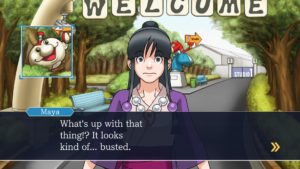 My biggest complaint with Phoenix Wright: Ace Attorney Trilogy is that it doesn’t do anything special for today’s age of gaming, which I guess could be a good thing depending on who you ask… The graphics aren’t anything noteworthy, but they are crisp and flawlessly bring the action to life, especially for wide-screens now. No risks were taken with this port which makes sense considering the success of these classics, but it feels like something is missing (whether its rotational scenes like the new games or an open world-based visual novel) which is disappointing. The only new addition that truly felt good was quick saves, clear indicators for scene investigations, and the options for how text is displayed. While I wish more was added, the game itself runs flawlessly, has 30+ hours of content, and no bugs, which is a rarity today, so I applaud them for that.  I’d say it’s a must buy for those looking for a good story or procedural drama, but if you are looking for something with modern elements, proceed with caution as its’ age shows.

It is a shame Phoenix Wright: Ace Attorney Trilogy doesn’t do anything special for today’s age of gaming, but everything that is done is flawless. The graphics aren’t anything special, but they are crisp and get the job done. While I wish more were added, such as rotational storytelling, the franchise itself might need a possible reboot to better fit in with modern-day elements. Perhaps an open world-based game with visual storytelling elements like text at the bottom? Not sure how’d they would find a way to make it not take up space that can be devoted to visuals, but nonetheless it would reinvigorate the series. The game itself runs flawlessly, has 30+ hours of content, and no bugs, which is a rarity today, so I applaud them for that. I’d say it’s a must-buy for those looking for a good story or procedural drama, but if you are looking for something with modern elements, proceed with caution as its age shows.