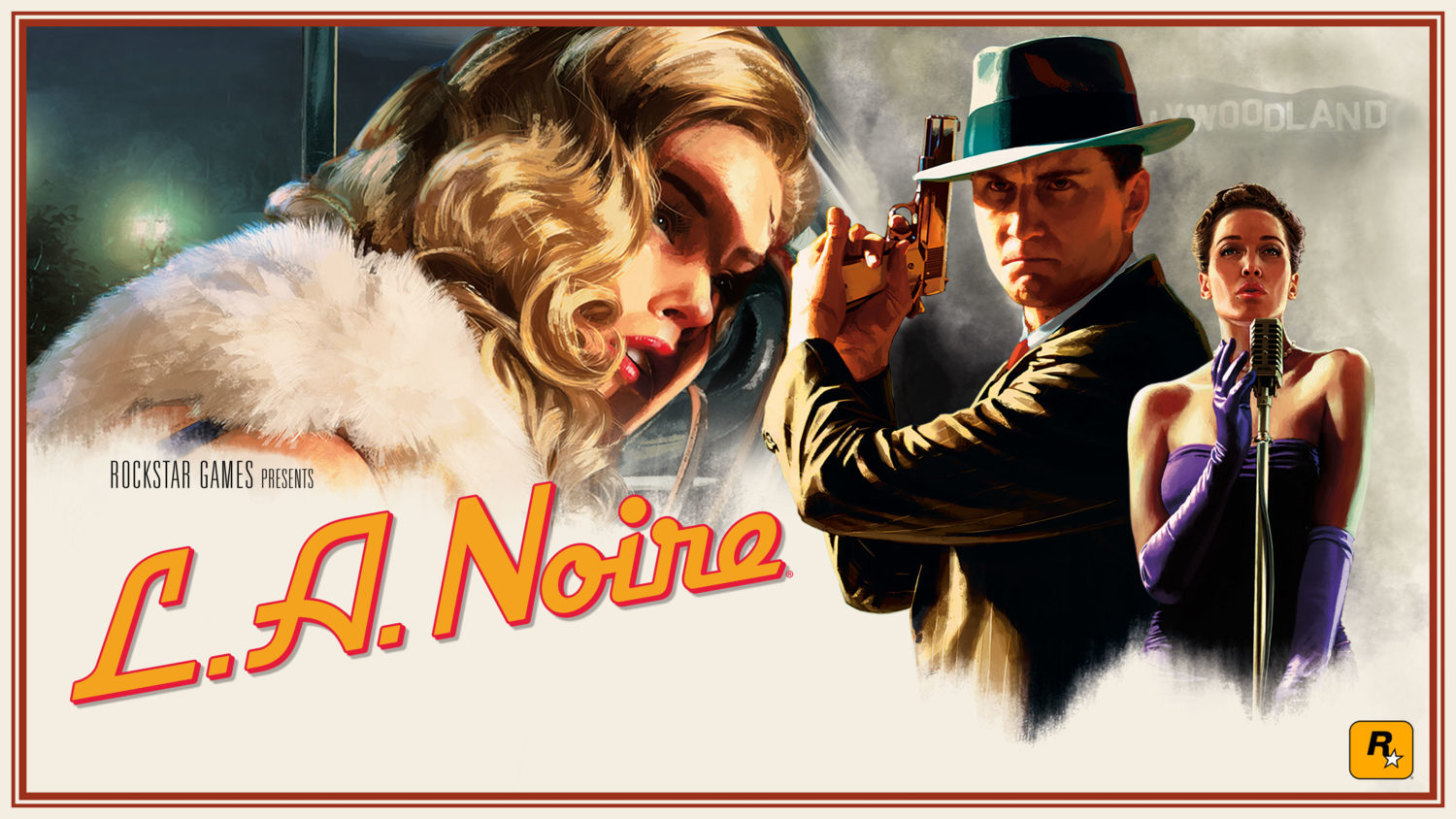 L.A. Noire is definitely one of the more unique games to grace the Nintendo Switch, and it brings a host of great gameplay mechanics including some Switch-specific enhancements.

Players will take the role of officer Cole Phelps in post-WWII 1940s Los Angeles. Starting off as a patrol cop, Cole will have to work his way up the ladder of the LAPD solving crimes from a number of different departments along the way. You’ll start off as a beat cop, then move up to the Traffic department (investigating car theft usually), Homicide, Vice (drugs/narcotics, gambling, etc.), and finally, Arson. As a veteran of the Battle of Okinawa, players will see various flashbacks that fill in Cole’s military career. They are few and far between but they add some nice development to his character throughout the campaign.

Moving on to gameplay, Rockstar has created some really fun and unique ways to play as a detective in the 1940s. Everything from the setting to the tools of the trade are faithfully represented. The game’s world features about 8 square miles of 1940s Los Angeles complete with lots of diverse locations from Hollywood to Downtown. The number of different crime scenes players get to investigate is pretty staggering as well. Traversing the world can be done manually by driving to each location or by electing to let your partner drive. As I progressed later in the game, I actually preferred the latter. There are conversations that play out between you and your partner and it was easier to just watch some cutscenes and listen than drive everywhere while avoiding traffic. The driving controls are simplistic but effective. The city is also fairly empty in most cases while driving around and there’s not much to do except to go from Point A to Point B. There are some alerts you’ll get along the way of crimes in progress. There are 30-40 of these side missions scattered around LA but there wasn’t a whole lot of incentive to completing them in my experience. Some of them feature suspects you have to pursue on foot while others have shoot-out scenarios. The shoot-outs were a nice change of pace at times and players can even get better weapons by retrieving police-issued shotguns/tommy guns from the patrol car’s trunk. 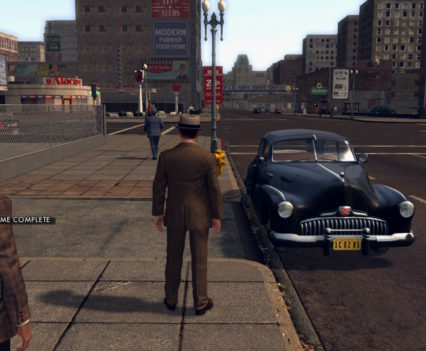 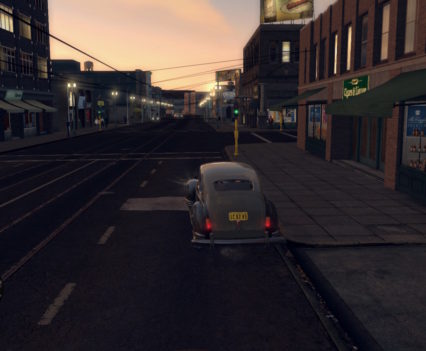 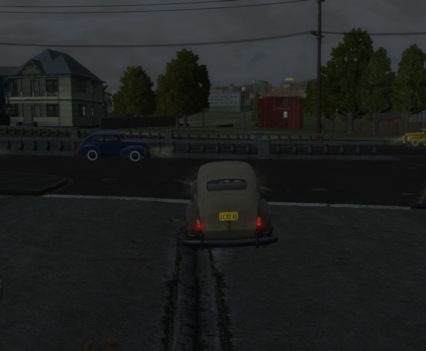 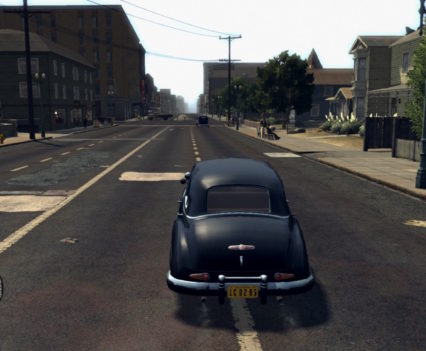 For me, the best parts of the game came from the crime scene investigation and subsequent questioning of the suspects. This is where the game shines and sets itself apart from any other detective game I’ve played before. The facial animations are incredibly detailed and life-like. Everything from wrinkled noses to furrowed brows are rendered very well in the game. The visual quality is definitely saved for the facial animations while other parts of the game suffer in some minor areas. It’s incredibly important that the faces look realistic because it’s up to you as the player to be able to tell when someone is lying or telling the truth. Interrogations generally have Cole asking witnesses or persons of interest a series of questions. After each question, the person will give a response and the players can choose from 3 options: Good Cop, Bad Cop, and Accuse. If you go the Good Cop route, that means you believe what they are saying, the Bad Cop route means you think they are lying and Cole will press them for an answer, and Accuse means you have some actual evidence to refute what they are saying. Whatever the case, the goal is to try and glean something new for your investigation. The controller will vibrate if you guess accurately. This will then prompt a cutscene that could provide you with some more clues for your investigation. If you answer incorrectly, it’s not ‘Game Over’, but it may mean you have to do more guesswork and may not get to the conclusion of the case as swiftly. The best part was using the ‘Accuse’ option effectively. If the suspect lies and you know they are lying because of a clue you found, you can ‘Accuse’ them and then select the clue from your Notebook that contradicts their statement. If done correctly, this can lead to getting information with less legwork. It may sound simple, but it can be quite tricky to master. My advice would be to find as many clues as you can while investigating a crime scene so you’ll have lots of ‘ammo’ for your interrogations.

Speaking of ‘ammo’, you will have various shoot-outs and chases (both on-foot and in a vehicle) as I mentioned earlier. The car chases are pretty fun–there’s some fun destructibility to the vehicles. The on-foot chases are okay, but can get a little old. I even had some odd performance issues with some of the chases where the game engine slows the whole game down (I think it’s doing this to avoid dropping frames, but it’s a really weird effect when it happens). There was one particular shoot-out at an old Hollywood set that was really fun, but some of the other ones can be a little monotonous.

While there are some issues, the majority of the Switch port is very well done–much better than most third-party ports to the Switch thus far. The game outputs at 1080p in docked mode and 720p in handheld mode. It also features motion-based controls when playing with split Joy-Cons and even touch-screen controls if you’re playing in handheld or table-top mode. The touch controls even support pinching to zoom which may be a first for a game on the Switch (that I know of at least). All in all, Rockstar definitely put some thought into supporting all the unique options the Switch has to offer.

L.A. Noire is a very unique game and definitely one worth playing if you like detective thrillers. While some of the cases can be very macabre, it really is a very fun adventure throughout. If you’ve played the game before, I’m not sure playing on the go is the most compelling reason to buy it, but for newcomers, you won’t find another game quite like this on the Switch.

L.A. Noire is a very unique game and definitely one worth playing if you like detective thrillers. While some of the cases can be very macabre, it really is a very fun adventure throughout. If you’ve played the game before, I’m not sure playing on the go is the most compelling reason to buy it, but for newcomers, you won’t find another game quite like this on the Switch.