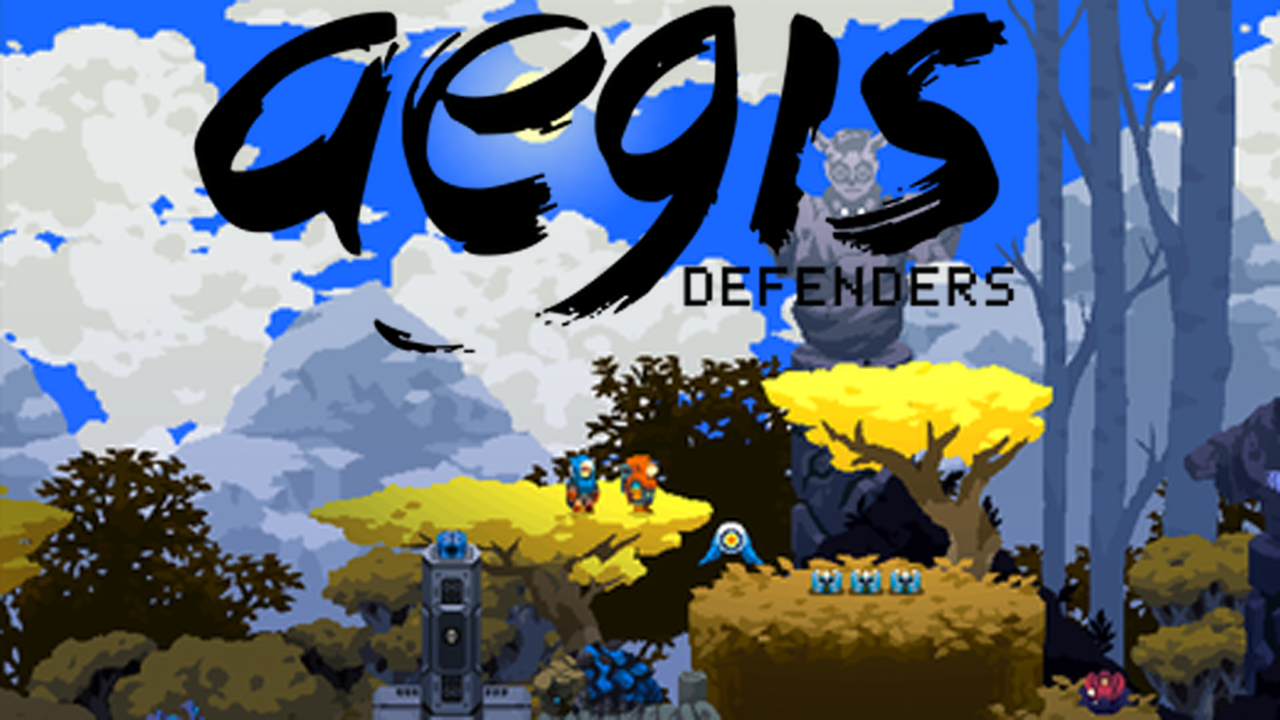 Although it nicely combines two of my favorite genres together: platformer and tower defense, Aegis Defenders is very much a “meh” game. While it possesses a skippable story, the real meat and potatoes lie in gameplay, making it an experience you’d likely have for only a weekend.

The story is about a young girl Clu and her grandpa Bart who travel together in search of a weapon, known as the Aegis, which is said to be the savior of their village from an evil empire. Throughout the journey you befriend several individuals who help you along the way, bringing their own talents to the experience.

Where Aegis Defenders shines the brightest is during gameplay, which successfully combines tower defense and platforming elements together. During this time you’ll side-scroll through a variety of stages, collecting very much needed resources and solving easy to accomplish puzzles. Eventually, you’ll reach your destination that ends in you defending yourself against waves of monsters that are diverse in character.

Fighting against monsters that fly, crawl like slugs, or roll very fast during the tower defense portion of the game was my favorite part of the experience. For instance, I had a blast collecting the material needed to protect myself from monsters, as I quickly scattered to every part of the map to gather the items. Doing this against a timer makes you feel rushed, but it’s the fun and anxious feeling you get when you’re trying to find Easter eggs among friends and family. It was also nice to put the resources to good use by constructing bombs and firing cannons that blew enemies away. 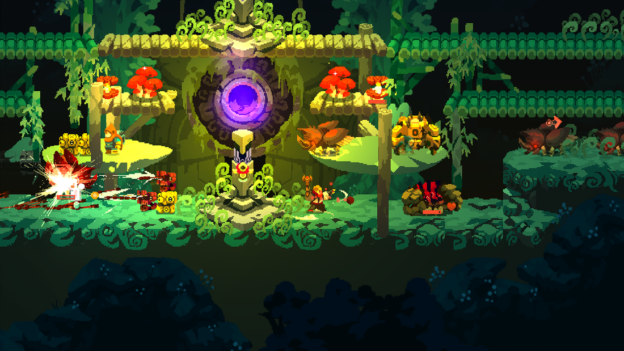 Surviving five waves of monsters is no joke, though. In fact, at times, it was incredibly difficult. Although you’re able to switch between characters on the fly, you’re only able to operate one character at a time, making other teammates useless during fights. For instance, I mostly stuck to using Clu during battles because I enjoyed her rifle and bow. But when times got tough, Bart just traveled behind her like a lost puppy, which was annoying when I was in a pinch and could have used the help. Granted, this game can be played cooperatively, but It would have been much better if the AI had a mind of their own via single-player.

Aegis Defenders does a lot right when it comes to bringing tower defense and platforming to the table. However, it also brings along with it a forgettable story and senseless AI that can’t seem to think for themselves. I had an awesome time fighting off monsters and building cool weaponry, which outweighs the game’s shortcomings, making this game an enjoyable weekend treat.

Aegis Defenders is very much a decent game to play that successfully blends action-platforming and tower defense together.