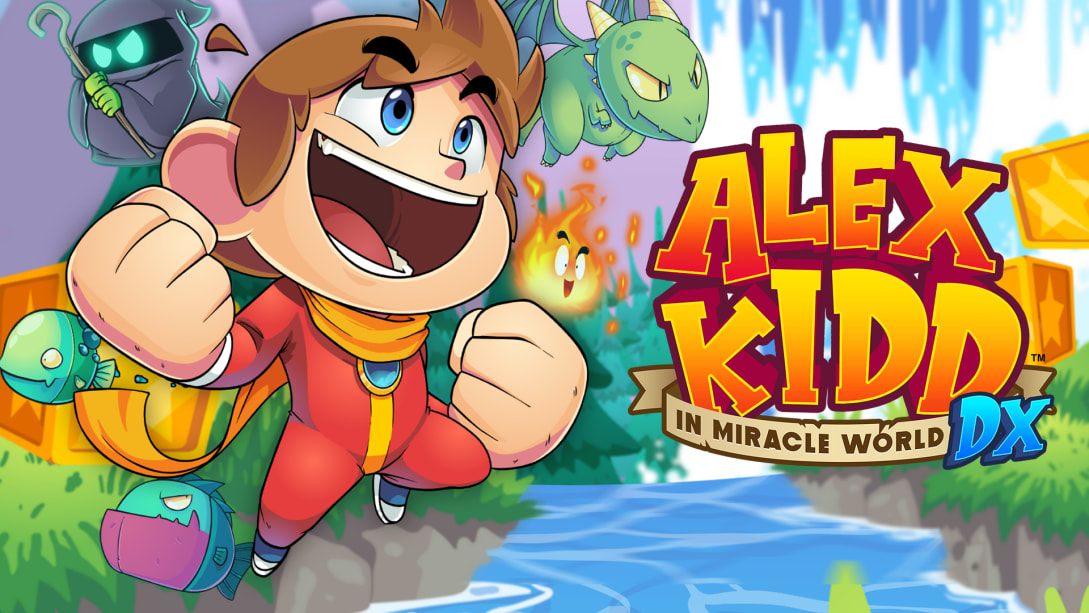 Let’s do the time warp again. The year is 1986. Nintendo has revived the once-dead home console market and rules on high, thanks in large part to its flagship title Super Mario Bros. How would SEGA make a dent against this behemoth? With its own flagship platformer, Alex Kidd in Miracle World. 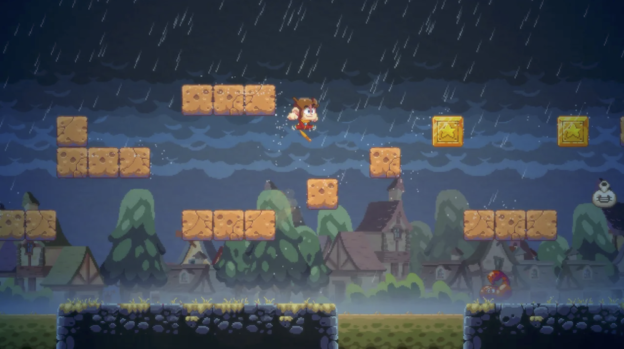 We can argue from now until a new F-Zero game is announced whether or not Alex Kidd was made in direct response to Mario. Until now, I’ve never touched a game in the series. The cute monkey-like alien child was always a novelty to me; a mascot from the past with plenty of dedicated fans. To that end, Alex Kidd in Miracle World DX feels like a piece of history.

For those equally unfamiliar with Alex Kidd, the game is more or less a basic platformer, though there are some light––very light––adventure elements with items and secrets to dig up. Alex doesn’t jump on enemies, he punches them. Instead of flagpoles, Alex ends every level by eating his favorite food, a big floating hamburger.

The DX in this direct remake of his debut title on the Sega Master System is earned. Not only has the game received a serious upgrade in the graphics department, but there are also a few QoL improvements as well. You can give yourself infinite lives, enjoy remastered music, play all-new levels, and even customize Alex Kidd’s favorite food at the end of the level. With a click of a single button, you can switch between the brand spanking new graphics or the 8-bit palette of yore.

I jumped into the game headfirst, and as expected, I didn’t make it past the first level without getting a game over. I’m a child of the ‘90s when games got a little less unforgiving. Offering infinite lives was a natural decision for this remake. And while I don’t want to throw around the word “cheap,” I think there’s a definite difference between challenging level design and cumbersome traps that smack of The Lost Levels. Controlling Alex feels incredibly cumbersome, from his unforgiving jumping mechanic (reminded me of Ghouls and Ghosts) to his near-useless punch attack. A light tap will end Alex’s life, and everything demands precision in a way better platformers don’t.

I was surprised to see that the hated Jan-Ken-Pon (Japanese rock paper scissors) remained mostly unchanged. They’re a little more dramatic, and albeit, not completely devoid of charm. But aside from the updated graphics mixing them up a little, these “boss battles” have not aged well. 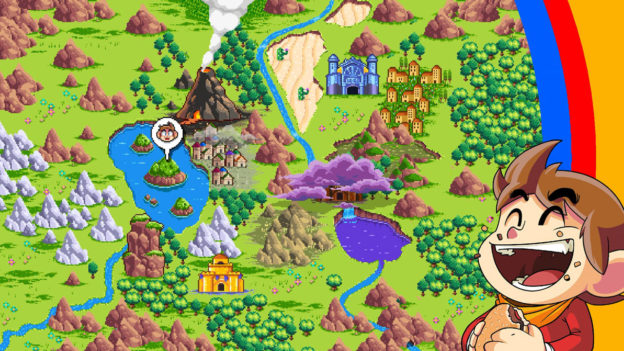 Still, I can’t discount the amount of love that developers put into this. It’s a true remake, warts and all. It doesn’t stop it from looking absolutely gorgeous, especially in docked mode.

Alex Kidd was more or less usurped by Sonic the Hedgehog as SEGA’s golden boy, and it’s not hard to see why. This platformer may have rendered some fun in 1986, but considering it’s a direct remake, it’s still a clunky platformer that has not aged well. If you’re an Alex Kidd fan, this is nothing short of a must-have, the QoL improvements make it a little more playable, and it’s one of the best-looking remakes on the Switch. If you need a satisfying platforming fix, it’s hard to recommend this classic title.