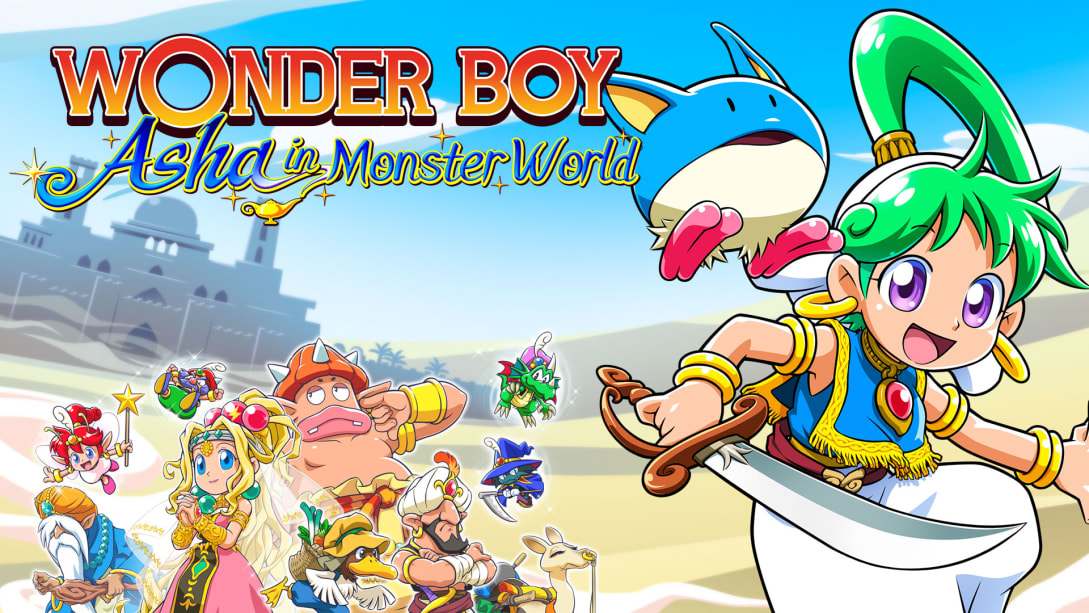 The annals of gaming history are full of forgotten protagonists. Oppa Oppa. Alex Kidd. Mike Jones (no, not the rapper). Then, there’s Wonder Boy. The once-forgotten hero is having a bit of a moment right now. He even got a new entry in 2018 with Monster Boy and the Cursed Kingdom. The latest entry is a remake featuring not a boy, but a gal. Wonder Boy: Asha in Monster World is a remake of a game you probably never played before.

Back in 1994, Monster World IV hit the Sega Mega Drive in Japan. While the game saw a localization on the Wii Virtual Console, it’s still one of the Wonder Boy/Monster World entries only serious fans are familiar with. This is a shame because it’s easily the best entry in the series. Wonder Boy: Asha in Monster World is a remake with a handful of additions to drag the game into the 21st century. 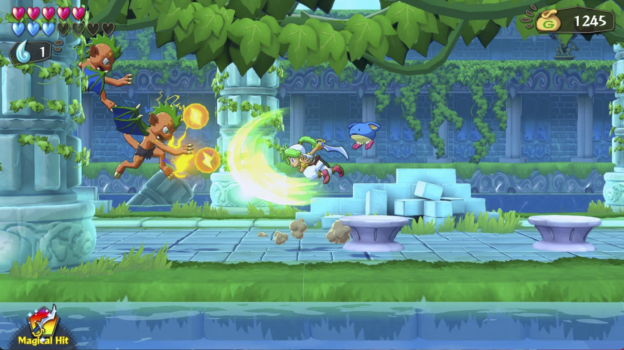 The game stars the plucky green-haired heroine Asha, who must save the world from a new encroaching evil. She’s armed with a sword that builds in power with each successful blow. Then, you can release a super-powerful strike. This is especially effective against bosses. Like Shovel Knight, you can also perform a downward strike. Like any great action RPG, you can unlock new swords, each with different power levels and power strike capabilities.

Asha isn’t alone in her adventure. She’s got a pet Pokémon helper Pepeloglu, who can be hurled as a weapon, or used to float down crevices or perform a double jump. Because there are a handful of levels along with the main hub city, it smacks of Metroidvania without completely committing to many of the calling cards of the popular genre.

I’ve only played minutes of the original game in passing, so I can’t say I have much nostalgia for this title. However, despite the fancy modern graphics, orchestrated music, and even voice-heavy cutscenes, the game feels and plays like something from the 16-bit era. When I started playing I told myself I was only going to play for an hour. Four hours later, I scolded myself for losing track of time. I only stopped because my Switch needed to charge. 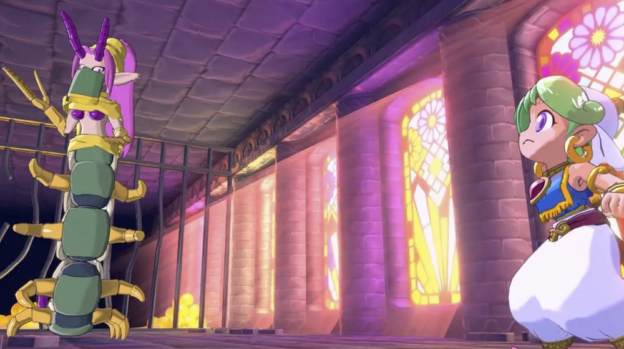 What’s not to love? It’s got fantastic side-scrolling action platforming. Every “temple” is packed with clever, but not terribly mind-melting, puzzles. The combat is nice and simple (the way it should be!) and exploring the big beautiful world is equally smooth. All in all, one word came to mind: polished.

Unlike many remakes glutting the market, the existence of Wonder Boy: Asha in Monster World makes complete sense. After all, many gamers in the west never got to delight in what is likely the best entry in the Wonder Boy/Monster World series. How does this fancy remake play? Imagine for a second that Zelda II: Return of Link was good. That’ll get you pretty close.