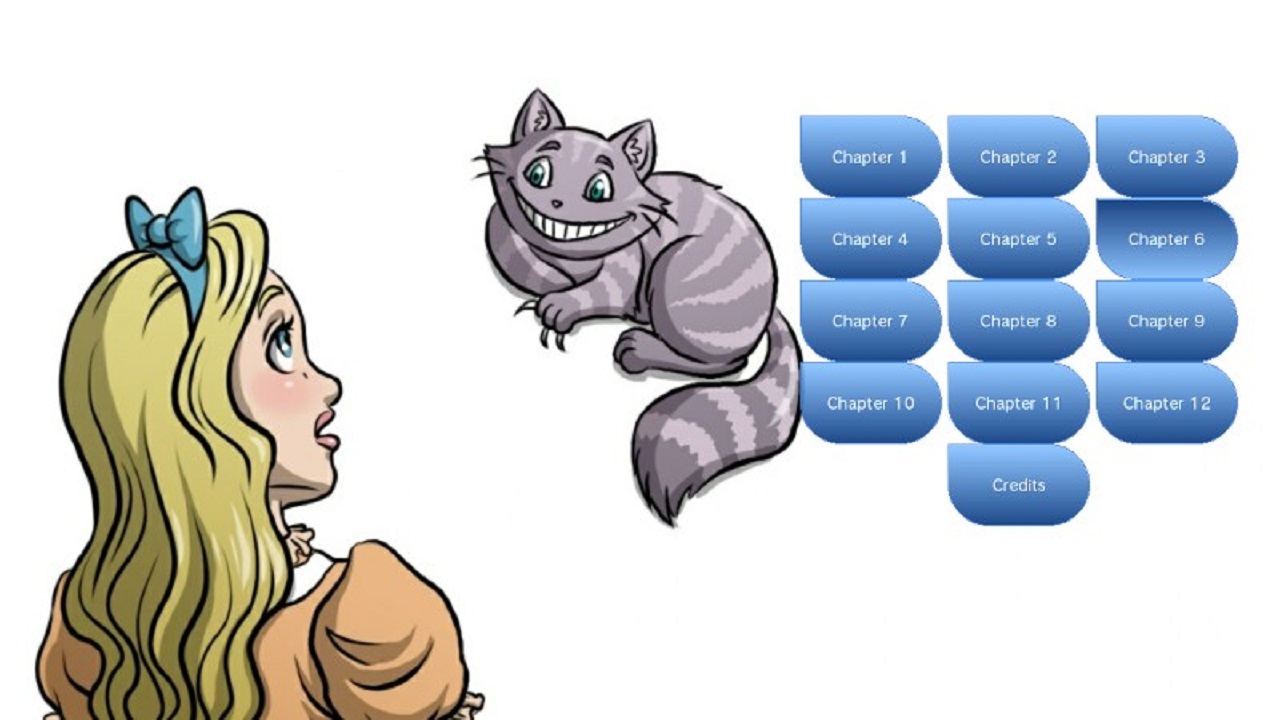 Discover unique and original characters in the amazing world of Wonderland.

The latest visual novel from the indie team at Brave Rock Games, Alice in Wonderland demonstrates some real growth for the company. This celebrated tale by Lewis Carroll has been handled with care. Is this Wii U eShop treatment for you?

First, I’ll admit something of a bias; Alice’s Adventures in Wonderland is easily one of my favorite classic novels. That acknowledged, the presentation here is quite nice. It has some fine artwork against attractive backdrops; as Alice would say “what is the use of a book without pictures?” Some occasional light animation livens things up. The musical tracks, while public domain, have been thoughtfully selected, and mesh rather well with the scenes they accompany.  The narration, and various voices for the memorable characters, succeed for the most part (they can be turned off if desired). All of these elements add together in bringing a further element of life to the fantasy.

Occasionally choices will pop up. The selections seem to amount to little more than potentially skipping small portions of the story, but they do add an element of interaction to a  style of release not known for such. When controlling with the GamePad you have to tap the screen to advance, rather than simply hitting a button like with the Wiimote. It’s an oversight, but a minor one all things considered.

What would I like to see from Brave Rock’s next visual novel? I think a bookmark feature, beyond simply having the title divided by chapters, would be a fine option to have. I’d also like to see the font a bit larger for easier reading. These small touches of polish would surely make their future releases even more accesible.

Alice in Wonderland is priced fairly at just $5.00 (this will also net you 20 My Nintendo coins). PN didn’t score Brave Rock’s prior releases since they aren’t “games”, but I want to stress that I feel this is a very good title for fans of the original tale, fans of visual novels in general, and families. After a pair of short stories it’s very nice to see Brave Rock tackle a full novel, and a great one at that. I hope they follow it up with a visual take on Through the Looking-Glass. Meanwhile support them by giving Alice in Wonderland a purchase. It’s a download the whole family can enjoy.