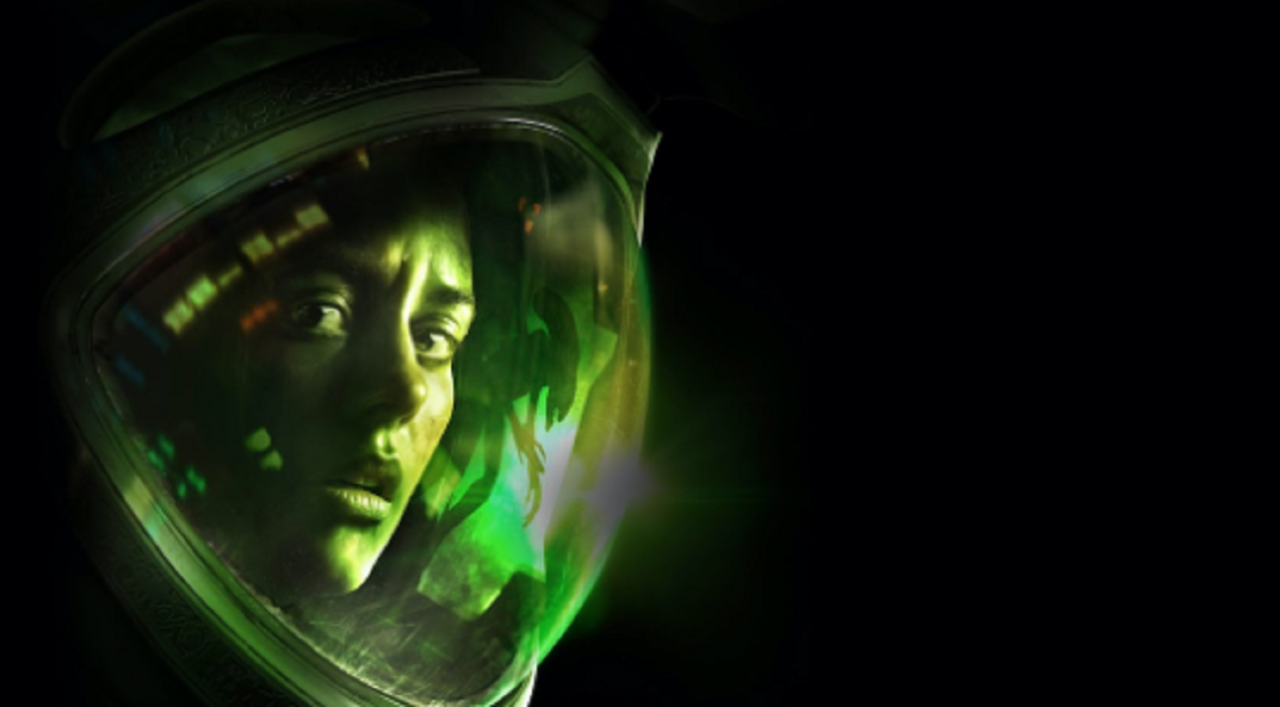 Alien Isolation is a sci-fi horror game based on Ridley Scott’s critically acclaimed 1979 film of the same name. The game follows Amanda Ripley aboard the Sevastopol space station looking to solve the mystery of her mother’s disappearance. Amanda’s mother, Ellen Ripley, left Earth fifteen years ago, promising to return upon her eleventh birthday. To Amanda’s demise, unfortunately, she didn’t return.

Throughout the emotionally gripping quest to solve Ellen’s remarkably peculiar disappearance, you will come across a Xenomorph that will prove as an obstacle in your adventure. Trying to survive from this menace and navigate the space station will require you to use your wits and tools, but mostly the former. In terms of tools, there is an impressive selection of them that can be crafted. The crafting system is one of the core pillars of Alien Isolation.

The crafting system utilizes the abundance of materials you will find around the Sevastopol – scraps, sensors, ethanol, charge packs, SCJ injectors, etc. Using these materials, you can craft a variety of things ranging from medkits, flashbangs, molotovs, noisemakers, smoke bombs, pipe bombs, and EMP mines. These craftable items aren’t all unlocked from the start either – you will acquire more blueprints through the duration of the campaign.

Craftables-aside, there are also a few tools that will prove useful in avoiding the Xenomorph (if you act tactfully). For example, there is a flashlight tool to help with seeing in the shadows. There’s also a flamethrower to help evade the threatening menace if it appears suddenly out of nowhere. You can also select from a surprising amount of weapons, considering it is a sci-fi horror game, if a flamethrower isn’t what you’re looking for. However, it’s worth mentioning, these weapons are strictly to aid in your survival; they’re not capable of damaging the Xenomorph. That being said, the weapons are effective against other enemy types in-game. 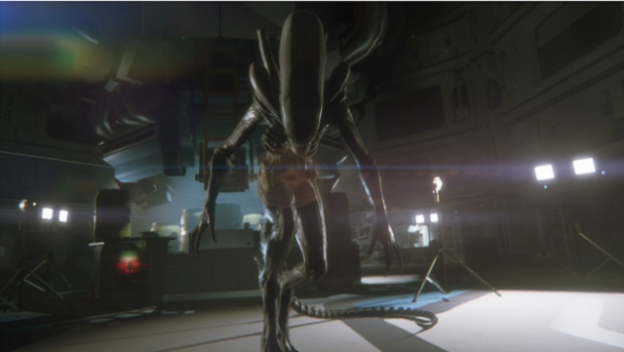 Fortunately, you can experience all of this compelling, scary stealth gameplay on your Nintendo Switch without worrying about the threat of potential performance issues. Alien Isolation is the best Nintendo Switch porting job to-date. Despite there being other ports available on the Nintendo Switch that come close to accomplishing this achievement, it is a rare occurrence to see a game look better on Switch than its PlayStation 4 counterpart. The game also runs great at 30 frames-per-second in 720p handheld mode/1080p docked and with no noticeable dips.

Once you’ve completed the game’s magnificent campaign, which lasts an average of fifteen hours, the fun doesn’t stop. Feral Interactive made sure to bundle all the previously released downloadable content. You can reenact the last mission aboard the Nostromo as Ellen Ripley, or play one of the six other pieces of downloadable content. Overall, even after beating the initial campaign, there’s a lot of incentive to come back to Alien Isolation. Although considering its price tag of $34.99, even if it weren’t to provide replay incentive, the campaign is still worth being experienced by anyone who enjoys being emotionally invested. The story is truly incredible! 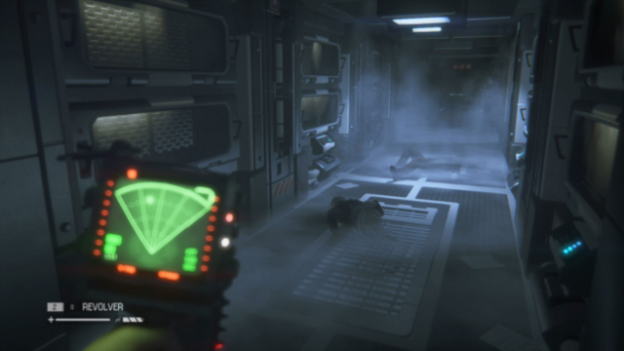 Alien Isolation provides an utmost emotionally pulling experience, and runs flawlessly on the Nintendo Switch. The game truly is a testament to what can be done by third-party developers and porting studios. Hopefully, we will see future ports get the delicacy that Alien Isolation has received. Feral Interactive has cemented their place in the industry as one of the best porting studios for Nintendo Switch, so it will be interesting to see what they bring next to the hybrid platform. 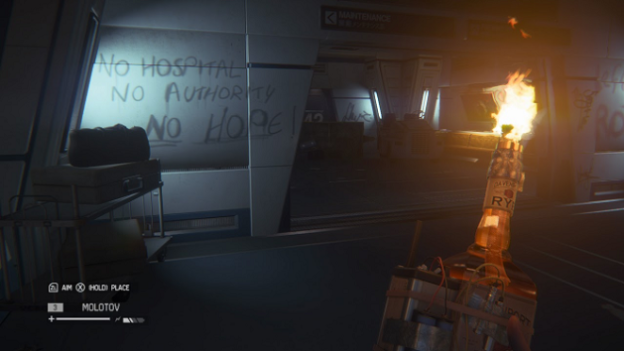 Alien Isolation provides an utmost emotionally pulling experience, and runs flawlessly on the Nintendo Switch. The game truly is a testament to what can be done by third-party developers and porting studios.