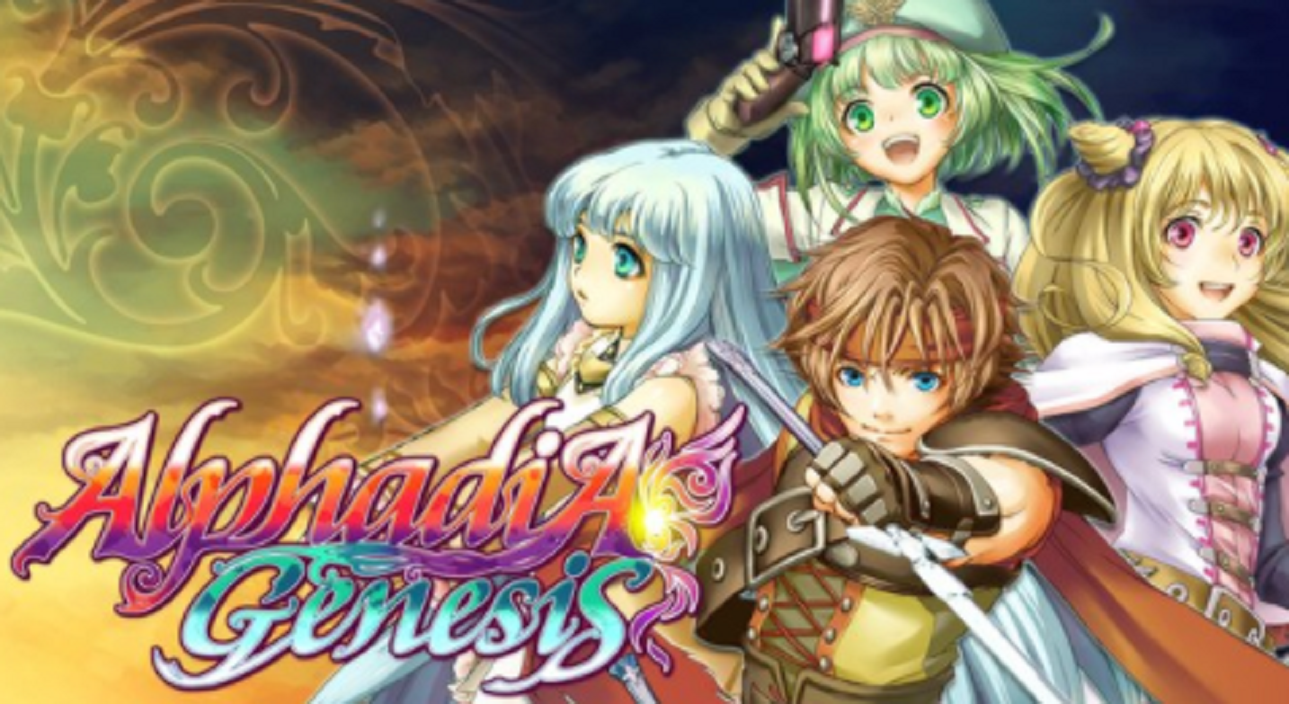 Attack of the Clones

KEMCO steadily publishes RPGs of varying quality, but Alphadia Genesis is undoubtedly one of the better ones I’ve played. Exe Create packs a favorable amount of entertaining, high-quality content into this title.

Some Nintendo players may recognize this game from the Wii U eShop, or its sequel on 3DS. Others may have played some of the mobile-only titles. I’m coming into this series completely fresh.

The story here – better than many KEMCO games – reminds me in some ways of Seek Hearts, also by Exe Create. But instead of mechanoids, this time we’re dealing with clones. I don’t mind some familiarity, and I can only criticize so much when the developer borrows ideas from their own games. What makes Alphadia Genesis captivating is its murder mystery origins. There’s a reason why these plots are so standard in other media – they’re in demand. In this RPG, a murder carried out by a clone can have farreaching effects. Some will want to take advantage and use them as weapons of war, while others will want to place them all in cryostasis.

The investigative team tasked with solving this mystery can reach up to six characters. However, you can only directly control four. They try to justify this limit with dialogue (“I think it’ll be difficult for all of us to fight in battle at the same time”), but it doesn’t ring true. More successful is how the inactive characters can assist the foursome via Assists, with the idle two chipping in for the occasional combos.

As for the characters, the lead Fray is highly likable, with his friendly, positive demeanor. His companions vary in their personalities. His younger sister, Aurra, is a spunky lab assistant. Enah is a recently reactivated clone, and hence a bit drab. Walter is a faultfinding knight. And there are a few others who will join in differing capacities. All well developed withing their tropes, their dialogue gets a reaction. Its easier to tolerate the lesser characters knowing your working towards a shared solution while also anticipating their inevitable growth on the horizon. The writing isn’t always that original, but it’s usually strong.

Each character brings their pros and cons to battling. Besides the Assists mentioned above, the fighting has some depth. Break skills – up to 10 – can be learned by each, all weapon-based. Meanwhile, Energi allows for over two dozen attacks, with the most powerful sucking up a lot of EP. Energi’s handled via ring accessories that you can level up, based on the elements of fire, water, and light coming from the planet’s life force. Formations are less impactful, as I ended up preferring everyone front and center for maximum attack percentages. Battle arenas get unlocked late in the game.

The Giga Monsters have me divided. These show up every so often, and defeating them can be a great way to level up. But depending where you are in the story, they can also wipe you out in seconds. Thankfully you can save anywhere, and I had a 100% success rate fleeing from battle, so I could choose to tackle these challenges as needed.

All the battles are in 3D, making this one stand out compared to many other KEMCO published titles. Yet the visuals as a whole are of the familiar 2D variety. The latter manifests some stuttery movement that I’ve noticed in other RPGs from the publisher, leaving me longing for more smoothness. Thankfully, I adjusted within minutes, so it didn’t distract much. The character artwork is sharp, and the snowy environments caught my eye. On the audio side, the option to listen to characters speak at specific points is available, but it’s Japanese only. The music suffices, with a couple of standout tracks late in the game.

Alphadia Genesis is an RPG that generally moves at a good clip, with less grinding needed. Clever use of items against bossed can further cut down on grind. Even options like hidden pathways and side quests don’t gum up the works. The last third of the game does slow down a bit, however. For one, I couldn’t find a way to view a map outside of going into my inventory and clicking the warp item. I miss the 3DS second screen. This restriction does add a bit of challenge, though, and thankfully you can zoom out the map out. You’ll also have access to an airship by this point, so you can backtrack in a whiz without worrying about random encounters. The airship is a “technological wonder,” even in a society where cloning is the norm. I was too invested in the story to worry about inconsistencies or last-minute pacing concerns.

If you’ve played a few other KEMCO RPGs, they can start to blur. Between the 3DS and Switch, there are lots of them. But if you haven’t burnt out, Alphadia Genesis offers old-school comfort, calling back the days before the genre became mainstream stateside. It commits itself to its ideas, and largely accomplishes them in an entertaining fashion. As someone who plays RPGs, but not extensively, this one is more than a solid timewaster, scratching my RPG itch for 25 hours or so, plus post-game content.

There are a few stumbles here and there, but Alphadia Genesis reflects many smart choices. The story is strong, the characters leave an impression, and the battling has depth. If you’re a genre fan looking for a slice of RPG nostalgia, this game has both quantity and quality.

There are a few stumbles here and there, but Alphadia Genesis reflects many smart choices. The story is strong, the characters leave an impression, and the battling has depth. If you’re a genre fan looking for a slice of RPG nostalgia, this game has both quantity and quality.