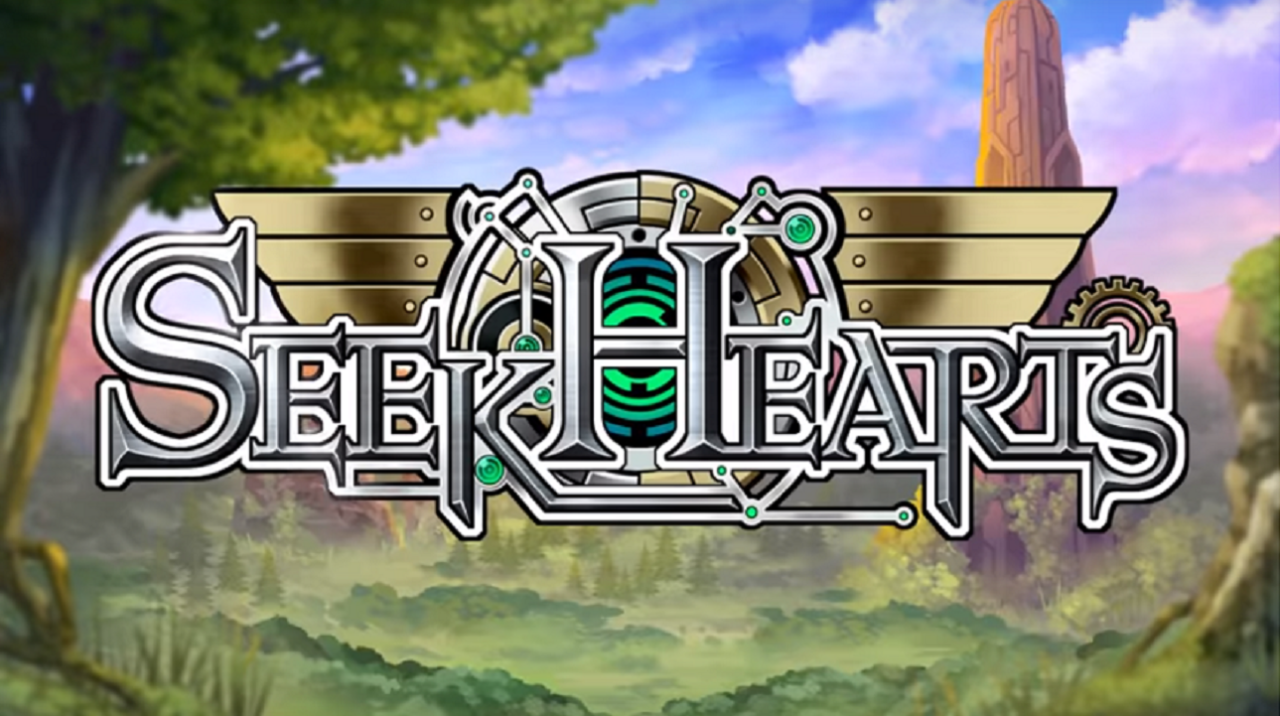 While KEMCO publishes a range of titles on the Nintendo Switch, Seek Hearts being a “sci-fi RPG” is what drew my attention, making it noteworthy amongst their standard fantasy fare. The last KEMCO-published sci-fi game I played was Machine Knight on the Nintendo 3DS, which I enjoyed. I enjoyed Seek Hearts as well, as the sci-fi theme lessens the number of RPG tropes it falls into.

The lead character, Izen, is wondering why his characteristics differ so much from other mechanoids. This mystery is the catalyst for the adventure. He will soon be joined by several others (you can control four in your party at a time), all likable enough in their particular way. My favorite character might be Lucca, who has made a name for herself in pharmacology developing potions, including one that can transform her from human to monster form.

You can equip Izen with battle augmentation chips, allowing for different techniques in battle. For example, “magic” can’t ordinarily be used by mechanoids as it’s “harnessed by combing the energy in nature and one’s life force.” Each character in your party has unique attributes to take advantage of, so be sure to change who is in front from time to time. You even have the option for diagonal movement.

Several of Seek Hearts enemies you’ll battle make sense within the sci-fi setting. Various production models, prototypes, even aluminum crock pots are machines that fit within the sci-fi plot. However, other enemies seem to be recycled from prior KEMCO games without much rhyme or reason. However, I do give credit that some were explained as monsters that mutated from consuming mechanoid parts and shape-shifting artifacts. A monster guide lets you revisit the mixed lot.

The biggest enemies are, of course, the bosses, which I don’t want to spoil. But with four difficulty settings (adjustable on the fly) you can experiment to find a challenge that doesn’t frustrate. A thoughtful inclusion is the means to adjust the rate of regular enemy encounters within the factories. You can triple the output to level up quickly or cut it in half to focus more on moving the story forward. You can also speed up the turn-based confrontations.

Besides moving the story forward, various other things help to keep you engaged. A battle arena, extra quests, hidden pathways, and awards by meeting specific conditions are just some of the extra content to be mindful of. These bring a bit of spice to Seek Hearts’ otherwise quite familiar gameplay.

With Seek Hearts, Exe Create has crafted a story that drives you to see it through to completion. Now RPG fans who aren’t enthusiastic for old school visuals might want to bookmark this game for a future sale, even though the price is fair for all the content included. For my part, I enjoyed beating the game, even with the hit-or-miss enemies. I’m looking forward to more sci-fi RPG titles published by KEMCO. 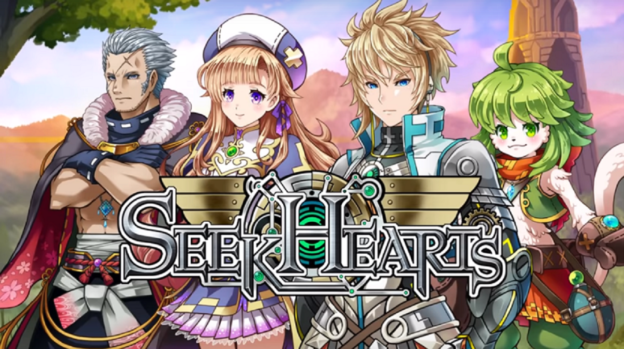 With Seek Hearts, Exe Create has crafted a story that drives you to see it through to completion. Now RPG fans who aren’t enthusiastic for old school visuals might want to bookmark this game for a future sale, even though the price is fair for all the content included. For my part, I enjoyed beating the game, even with the hit-or-miss enemies.