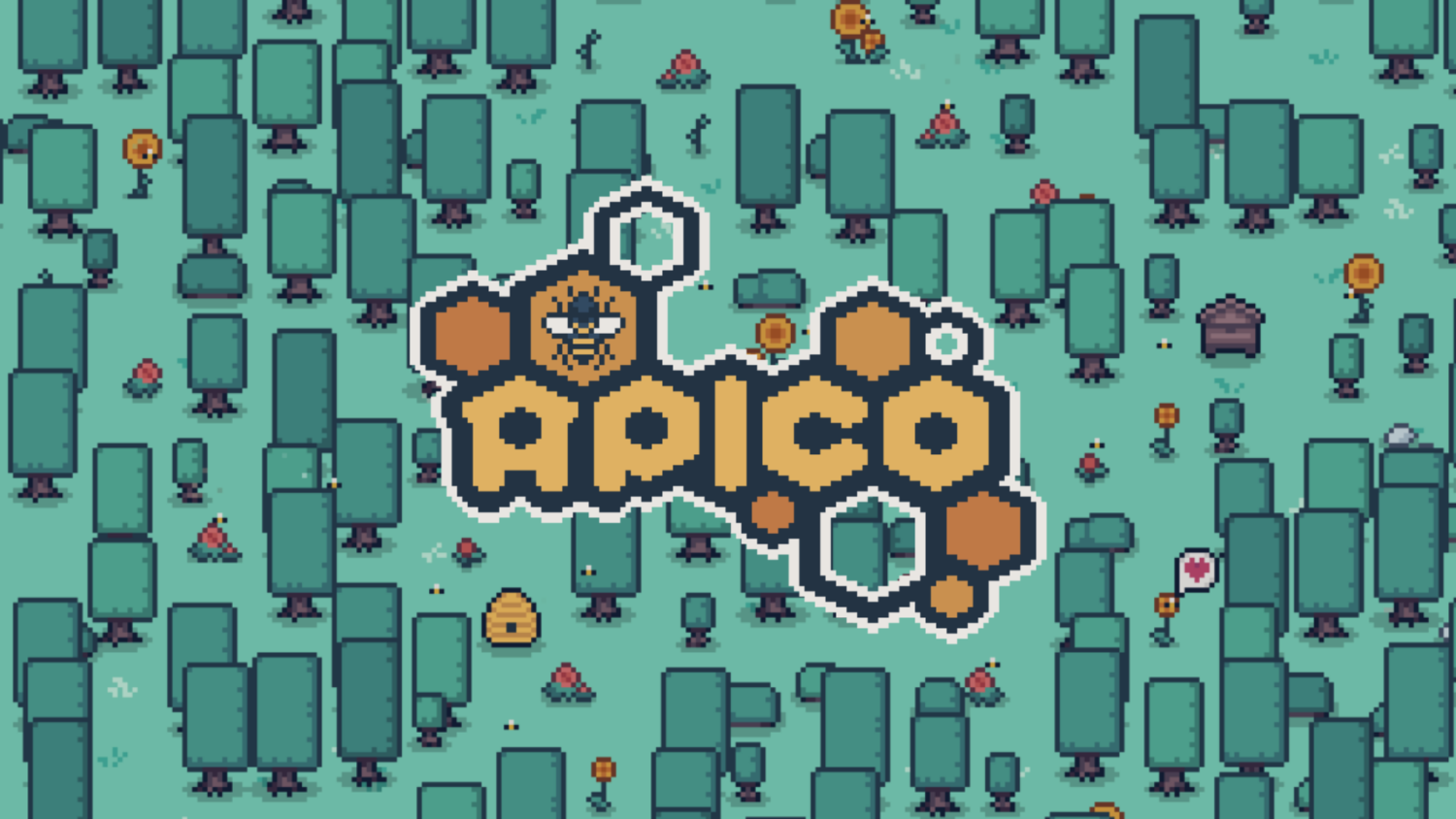 By Roger Reichardt  •  4 weeks ago

APICO is the latest game in the sims genre, joining the likes of Stardew Valley, Graveyard Keeper, and Animal Crossing. And while there are some similarities, APICO does more than enough to stand out in an already crowded group of games. Who knew breeding bees could be so much fun? 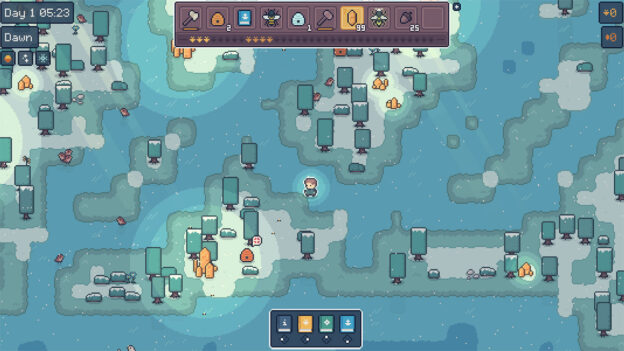 Admittedly, when I first started APICO, I was a little underwhelmed. The pixelated art resembles Stardew Valley, with an 8-bit retro-style look. The character creator is basic, but so is Stardew Valley’s. You can change your hairstyle and change the color of your skin, hair, and clothes you’re wearing. Even the story setup is similar to Stardew Valley; instead of inheriting a farm from your grandfather, your grandfather leaves you the beekeeping business. But it wasn’t until I landed on the island that I felt the difference. In Stardew Valley, each NPC is brimming with personality; I didn’t feel that way with the NPCs I initially met in APICO. The island is sparsely populated, and most of the characters had one or two sentences to say to me. It may not be fair to compare the two, but considering how similar they are, it’s hard not to make those initial impressions. 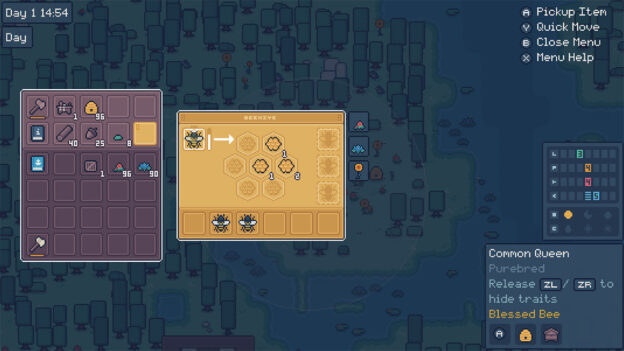 It’s not until you get into the beekeeping that things start to get really interesting. The game incorporates a crafting system, and your recipes are found in a book that you receive from your grandmother. In the book, you’ll be given different “quests” to craft, and once you do, you’ll receive a reward and another section of the book will open to you. At first, this can be rather daunting, as there are a lot of quests (and a lot of text to read). However, the game does a nice job with building upon the previous tasks, and everything is in small bite-size pieces that ensures it’s not overwhelming.

Fans of Minecraft and Stardew Valley will appreciate the simplicity of the crafting and building mechanics. Building is straightforward: you clear a plot of land and place your walls and tiles down to make your buildings. I found an old abandoned building and fixed it up to make my home. I eventually cleared some land to construct my workshops, both for woodworking and beekeeping. As you progress, not only will you unlock new recipes in your original book, but you’ll unlock additional books that give you quests around beekeeping and horticulture as well. 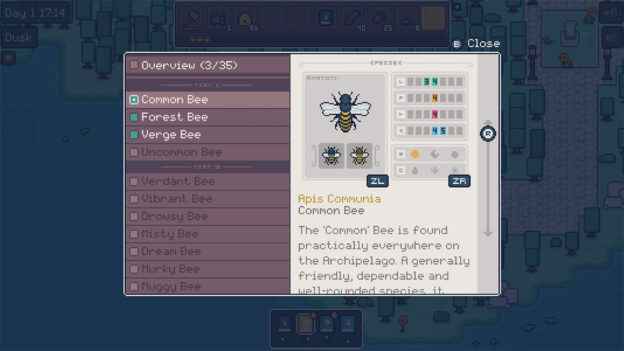 Eventually, you’ll start learning to breed bees, and this is where the game really shines. You’ll learn the different dominant and recessive traits of bees and cross-breed them to discover extinct species. There are over thirty different species to discover. The discovery of the different types of bees acts like a leveling system too; the more bees you identify, the more the townspeople will interact with you and sell you more valuable wares. 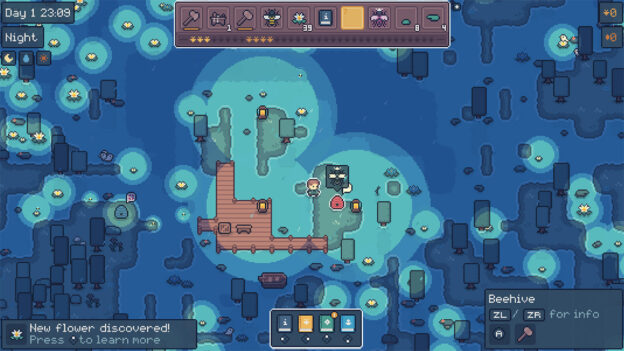 The one criticism I have is that I occasionally spent a lot of time on my daily tasks instead of making progress in the game. When your honey production gets going, you’ll need to make sure that there are frames in your apiaries, your frames are clean and rebuilt, and there is an active queen. You can take your time completing any of the quests at your leisure, but once you have a good rhythm going, it’s hard to break that momentum. Don’t get me wrong, I enjoy keeping up with my bees, but it took a lot of my day to do all those tasks.

APICO might start off slow, but it becomes intriguing pretty quickly. It’s a chilled experience that allows you to complete the game at your own pace. The crafting and building features are easy to pick up on and enjoy, allowing you to design the island to your liking. But what makes APICO stand out is the beekeeping aspect, breeding different bees to get desired traits and ultimately discovering new bees. The game sneaks a bit of science in the fun, and I’m all for it.