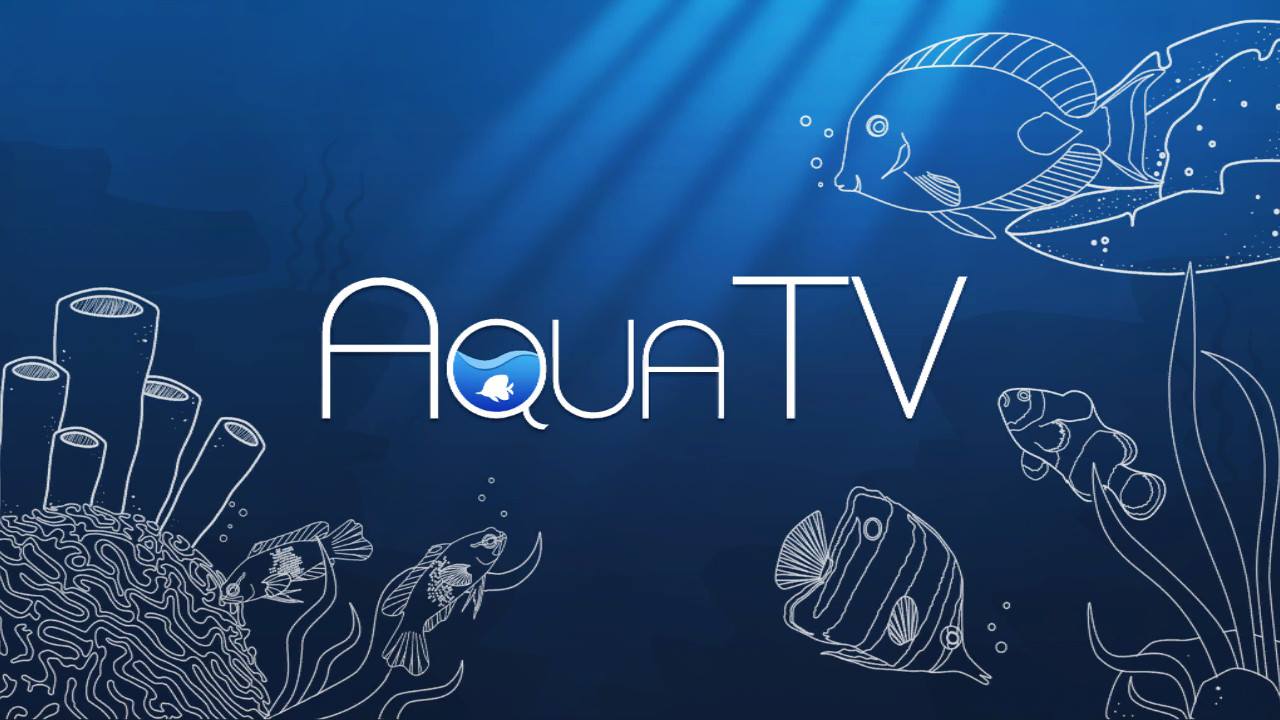 Aqua TV is a simulation game that turns your TV into a virtual aquarium. It’s a relaxing game that can be picked up and played whenever and, with it on the Switch, you can take your aquarium with you wherever you go as well. 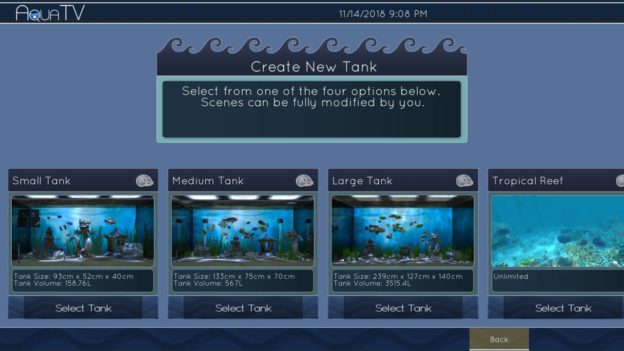 When you first boot up the game, it immediately dives right into setting up your fish tanks. There are four options to choose from – a small, medium, large tank, or you can have the coral reef in the palm of your hands. Each tank size has a set of requirements that you can do with it. I started with the small tank first so I could get a feel for what the game was like.

Already I had a good amount of fish to put into my tank. Other fish were locked stating they needed the medium or large tank or the coral reef. So, right off the bat I was limited in my choices. Once I filled my small tank with fish, I changed the wallpaper and flooring of the tank to match. There are a good amount of options for each and there are many different combinations you can use in order to make the tank look nice – especially depending on the type of fish you put in. I made a tank with only blue fish and used a sunset wallpaper so the fish would pop out. The aquarium looked vivid and was pretty. 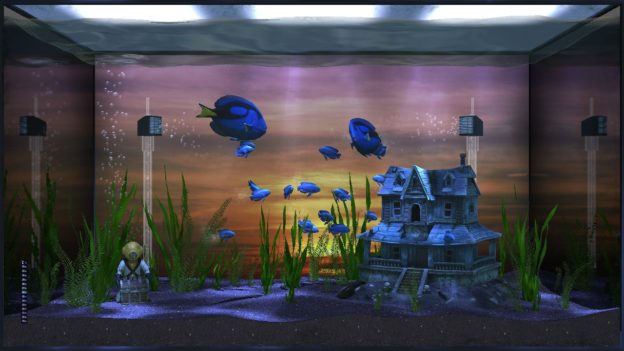 Next, you can decorate your tank. There weren’t a whole lot of options for decorations, but the options that were there were nice enough. However, each tank has limited space. Each fish is worth a certain amount of spaces that the game keeps track for you in the top right corner. If there’s no room for a certain fish then it will blink red and you either can’t place that fish or you need to delete some other fish to fit the one you want. Some fish are limited in numbers as well. For example, you can only fit three sea turtles in the coral reef. 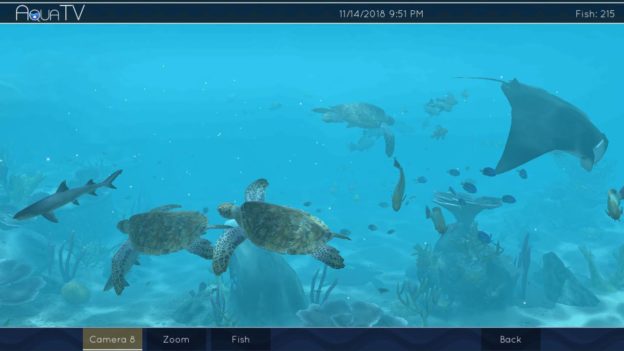 There’s a good amount to play around with in this game. I certainly would have liked to see more wallpaper, gravel, and decoration options. There was a good amount of fish choices, but I’d love to see more. In real life, I have a fish tank with betta fish, Tetras, and Platies and none of these fish are available in the game. However, the space is very limited for each tank, so there’s not much you can put in each tank anyway. The coral reef says the capacity is unlimited, but it cut me off once I had 300 fish in there.

Once you fill up your tanks and create as many aquariums as you want, you’re free to watch the fish swim around. There’s nothing else to do and there’s no interaction with the fish such as feeding them and changing the lighting color in the tank. You have the option of choosing one of three music tracks to listen to while watching your fish roam around. I personally liked the first track the best. It was relaxing and soothing while the second song felt sad to me and the third felt too upbeat for a game that was meant to be calming. All the music was great, but I felt only the first fit well with the concept of Aqua TV. There’s also the option of silence with or without sound effects. I also enjoyed listening in silence with the sound effects of the tank filters on. It sounded like a soothing waterfall. 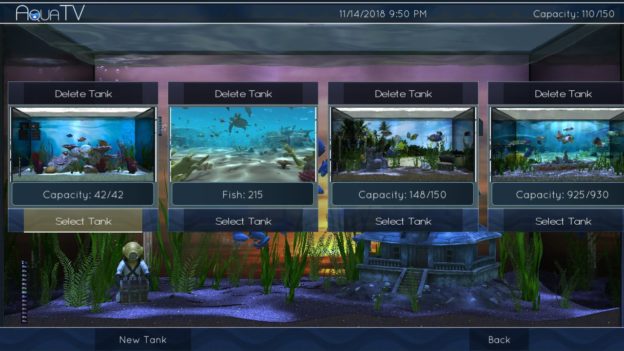 This game is easy to get sucked into, especially if you enjoy calming games like this and enjoy aquariums. It didn’t take me long to set up and fill one aquarium of each size and then extras. It’s tough to classify this as a game since there’s no true gameplay involved, but the job of this game is to relax and enjoy, which it did for me. The graphics were beautiful and I found it very soothing to watch the fish roam around. I started off playing the game in handheld mode, but putting the aquarium on the big screen is a treat and fun to have on in the background while I got some work done.

Aqua TV is a relaxing simulation that looks beautiful on the Nintendo Switch. It’s fun to watch and set up various aquariums, though there are limitations to each one and it’s quick to explore the game in its entirety.