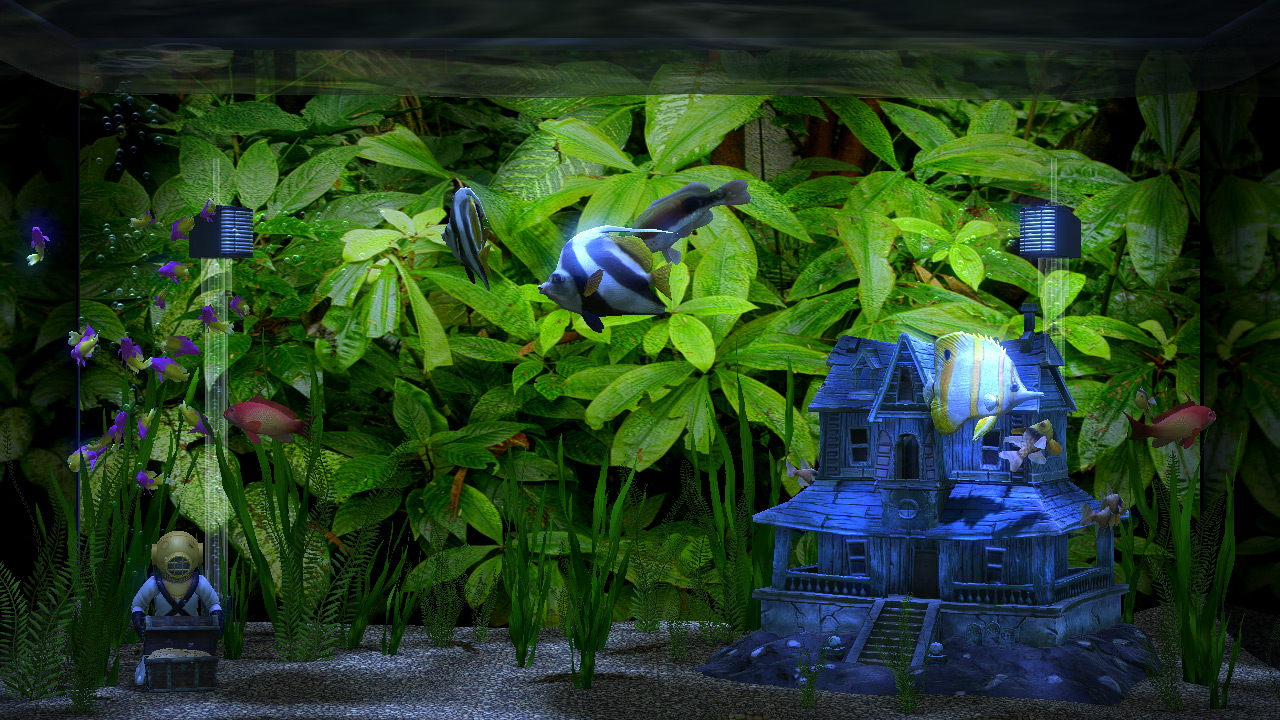 This title has been on the eShop for a couple of months now, but I’ve held off posting my impressions while waiting to examine its DLC packs. There are three of them, and they add a good amount of content, for a price. Let’s briefly take a look at Aqua TV on the Wii U.

Admittedly, virtual aquariums might be more a niche, especially on consoles. Certainly there is an audience who enjoys them though, and I can easily see why. The effort and expense to maintain real tanks is nothing to sneeze at. Aqua TV goes that extra nautical mile by including a tropical reef. However, before I touch on that, I want to talk about the tanks themselves.

There are different capacities to work with, and you can tweak the floors, decorations, and of course the fish within. I was entertained while setting up my aquariums, and watching them for a bit afterward. The Wii U Gamepad makes for quick control. Aqua TV is a sharp looking title in HD, and allows you to shuffle through the tanks automatically in intervals of up to ten minutes.

That said, what starts at a reasonable $4.99 can quickly add up with the DLC. Two of the packs are tank focused, with new fish, floors, ornaments, and wallpaper. At $2.49 each, the cost of both of these equal the core title. This reflects Aqua TV’s mobile origins. I question the cost, even more so at this late stage in the Wii U’s life. I think if these were a dollar less, it would be a more appropriate way of spreading content.

Returning to the tropical reef, this is where Aqua TV is probably at its most ambitious. The size allows for creatures not suited for tanks like manta rays and sharks, and it comes with 14 different camera angles to show off. Its DLC cost $2.49 as well, but given the room to work in the reef, it might be one to consider. Clicking demo will highlight some DLC in thirty second increments.

I rarely score releases that aren’t actual games, and that applies to Aqua TV. Obviously, the DLC costs come to mind. Still, if you’re the type who likes virtual aquariums this offering from EM Studios isn’t a bad option. Having my tanks on shuffle mode while one of the music tracks plays in the background along with the sound effects does have a calming effect. I don’t know it this is “The Ultimate Digital Aquarium” but Aqua TV is reasonably successful in what it sets out to accomplish.