It is still remarkable to me that Gust corporation and Koei Tecmo managed to get me interested in the JRPG genre. The Atelier games are focused on synthesis and alchemy, as well as the following of an individual’s story. In the case of Atelier Lulua: The Scion of Arland, its Lulua’s story. My adventure into the Atelier franchise began with Nelke & the Legendary Alchemists: Ateliers of a New World earlier this year (a game I thought was special). That being said, Nelke does not even come close to matching the same enjoyment Atelier Lulua provided me… and that says a lot considering my passion for simulation games.

Atelier Lulua: The Scion of Arland differs to Nelke in the sense that it is a mainline JRPG, not a simulation / town-management spin-off. Whilst both games are fun, they each provide a different experience… there are pros and cons to each, but overall they are both great games. In Lulua, a good portion of my satisfaction came from experiencing the Atelier series for the first time, in an open world experience as Nelke didn’t provide that. Lulua is another entry in the Arland trilogy of Atelier games, which is thankfully, also on Nintendo Switch if you want to catch up. Luckily I found catching-up was not required as the game is very friendly to newcomers of the series, and lack of series experience does not mitigate the enjoyment of this latest entry. In fact, it is the most newcomer-friendly game of the series aside from Nelke.

Atelier Lulua: The Scion of Arland follows Elmerulia Fryxell (Lulua); alchemy studying daughter of her famous mother Rorona Fryxell. Lulua tries diligently to live up to the legacy of her mother, but in order to do that, she needs the help of her friend, Eva Armster. Eva follows Lulua in her pursuit to become a distinguished alchemist. Although Lulua and Eva aren’t the only characters to appear in the game, as old characters such as Pamela return (Be sure to stop by Pamela’s storefront as there are books on sale that contain important synthesis recipes). 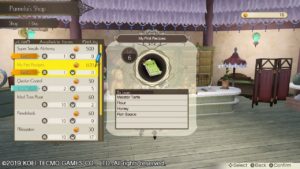 As Lulua goes about studying the “new world” of alchemy she is suddenly walloped with a book that falls from thin air. The book is called the “Alchemyriddle” and what makes it unique is only Lulua can read its’ pages. At first, it feels like the beginning of an awry journey, but the striking of this book was actually a blessing in disguise, or at least for Lulua it is. It contains objects, items, recipes, and locations that need to be deciphered. The Alchemyriddle is exactly what it sounds like; A giant book filled with riddles. These items, recipes, objects, and locations deciphered actually help in furthering Lulua’s journey to becoming a renowned Alchemist.

I absolutely loved the concept behind the Alchemyriddle as it required me to solve riddles, though, they weren’t complicated enough to alleviate my enjoyment of the game. The riddles made think, while also be relaxed. Another reason that the Alchemyriddle proved enjoyable was its replay value and longevity — it provides hours upon hours of riddle solving; There are tons of riddles to be solved (I’m over fifteen hours in and still, have only discovered 5% of the riddles).

Whilst the Alchemyriddle and story were great, it came with one minor flaw: localization issues. There were plenty of moments where I noticed an error in the text translation to English, although the spoken dialogue was fine as it is in Japanese. One might consider that a major issue, but it really isn’t, as the localization issues in existence (one of which is shown in the image below) do not impair the player’s ability to comprehend what is being said. 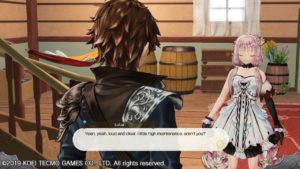 The Alchemyriddle is only one of the amazing systems introduced in this game though, as it has all-new synthesis, exploration, and battle systems. These revamped systems make Lulua stand out as one of the better JRPGs.

As one would figure with an alchemy game, synthesis is where it shines. Whilst the synthesis system is overwhelming, you don’t have to make it so. The synthesis system can be as in-depth or simple you’d like it to be, considering you can effectively manage every tiny stat point and trait of the craftable items. I’ll be honest I’m not a synthesis aficionado… I like to do the bare minimum when it comes to crafting an item of quality, and it is just as enjoyable, which makes the system perfect for both longtime fans and those new to synthesizing.

Exploration is relishing as it is both addictive and rewarding. As one would expect when crafting, you will need materials. Those materials can be gathered through adventuring the world. As you and your party trek valiantly through a variety of gorgeous locales, there is a sense of satisfaction just grinding for more and more materials, even if they aren’t necessary. This creates for an impressive replay factor. In fact, it even left me one evening thinking to myself “oh I should probably head to sleep” after five hours of continuous play. The grind is even more enjoyable when you come to a standstill as enemies approach. 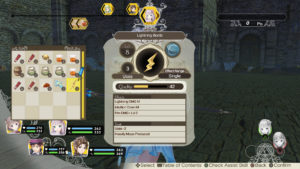 As enemies approach, the screen goes through a permutation. The screen shifts from open world to a turn-based battle screen. In terms of the battle system, there’s a wide variety of creatures to fight, aside from the usual Puni. There’s also a “timeline” that shows when each character will get their turn to slash the enemy with an attack or specialty move — this timeline was very useful when contemplating what attack to do and when. Each character in your party also has differering special moves which made the combat feel different each go around. Whilst some might say combat isn’t a specialty in the Atelier series, I think it’s safe to assume all can find some enjoyment here. 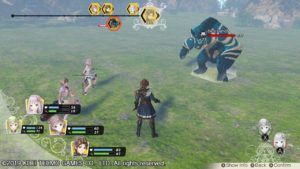 In terms of graphical style, the presentation of its anime art is charming and fits the spirit of the game’s story. Whilst ground textures are not visually impressive, they get the job done and aren’t noticeable to the point they become a deterrent as you play through the game. The music was also euphonious and contributed to the overall enjoyment of the game, despite it not being as good as Nelke’s music, I’ll probably still listen to it when I need to hear something soothing. 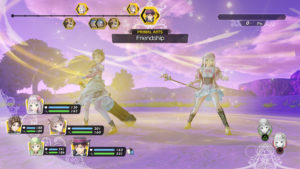 Luckily, I encountered no performance issues, and rather a crisp experience in both handheld and docked — though docked is my preferred way of play. There were no framerate dips of any kind, and the screen’s text remained visually pleasant. 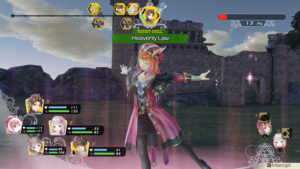 Overall, Atelier Lulua: The Scion of Arland is the best mainline entry in the long-running series from Gust. It provided an escape from reality and an even greater sense of enjoyment. Despite its localization issues, it is a great game all RPG fans must experience. With its enjoyable long-lasting content as a result of the new Alchemyriddle system, rewarding gameplay, and visually impressive art style it is hard not to recommend this title.

Much like its spin-off, Atelier Lulua: The Scion of Arland is a great escape from reality and an even greater entry in the Atelier franchise. Despite its localization issues, it is a great game all RPG fans must experience. With its enjoyable long-lasting content as a result of the new Alchemyriddle system, rewarding gameplay, and visually impressive art style, it is hard not to recommend this title.