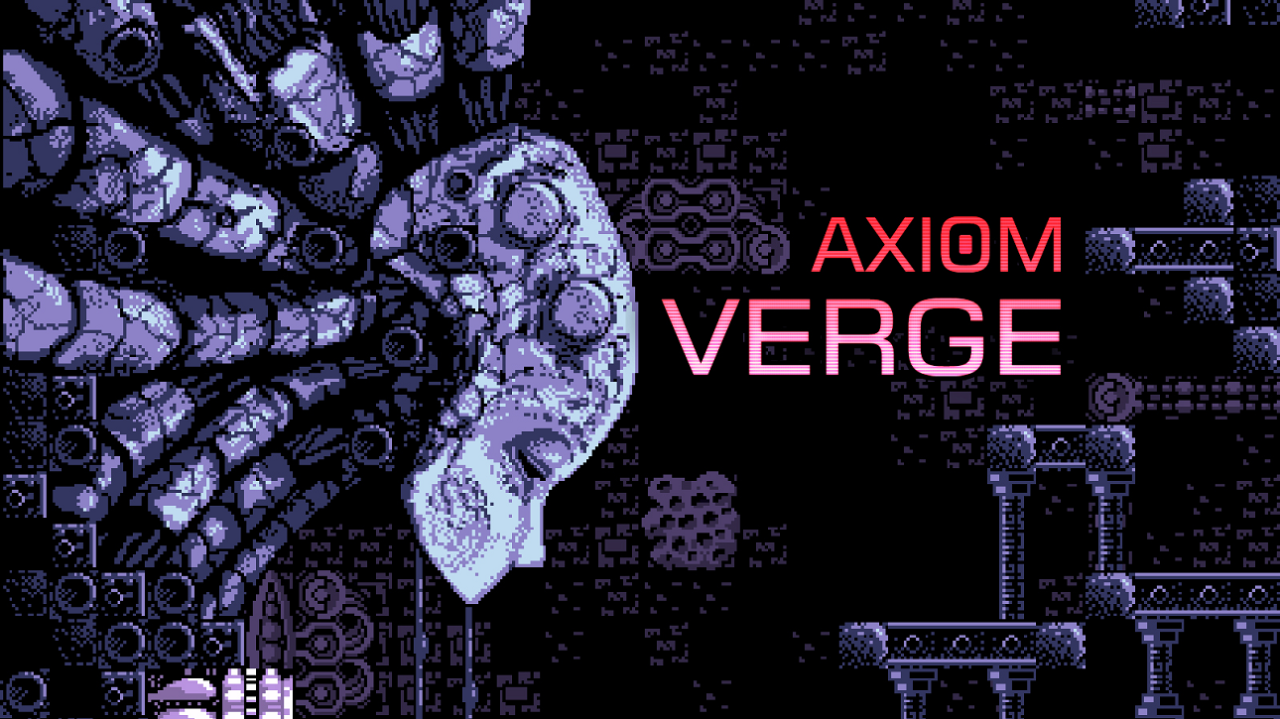 Axiom Verge is an action-adventure title designed by Thomas Happ games. It was created in its entirety by one person over the course of five years. It was originally released in 2015 and, since then, it has been ported to a variety of consoles, including the Wii U last year. Now it comes to the Nintendo Switch.

Axiom Verge is clearly influenced by games of the 8 and 16-bit era. It certainly gives a Metroid-like vibe, as the gameplay is built on exploration and action. The recent release of  Metroid: Samus Returns may have put a bit of fizzle into the need for a Metroid-like game, but luckily Axiom Verge has more than just the “Metroid feel” to offer.

There are different types of weapons and upgrades to be found in the game. One of my favorite upgrades was the Address Disruptor, which corrupts or de-corrupts weaker blocks or enemies. It was fun to see what would happen to the enemies when used on them. For example, some enemies would crash through walls leading to a hidden area. It was an interesting idea to have a weapon that interacts with ‘glitched’ areas of the game and I enjoyed using it this way to explore. 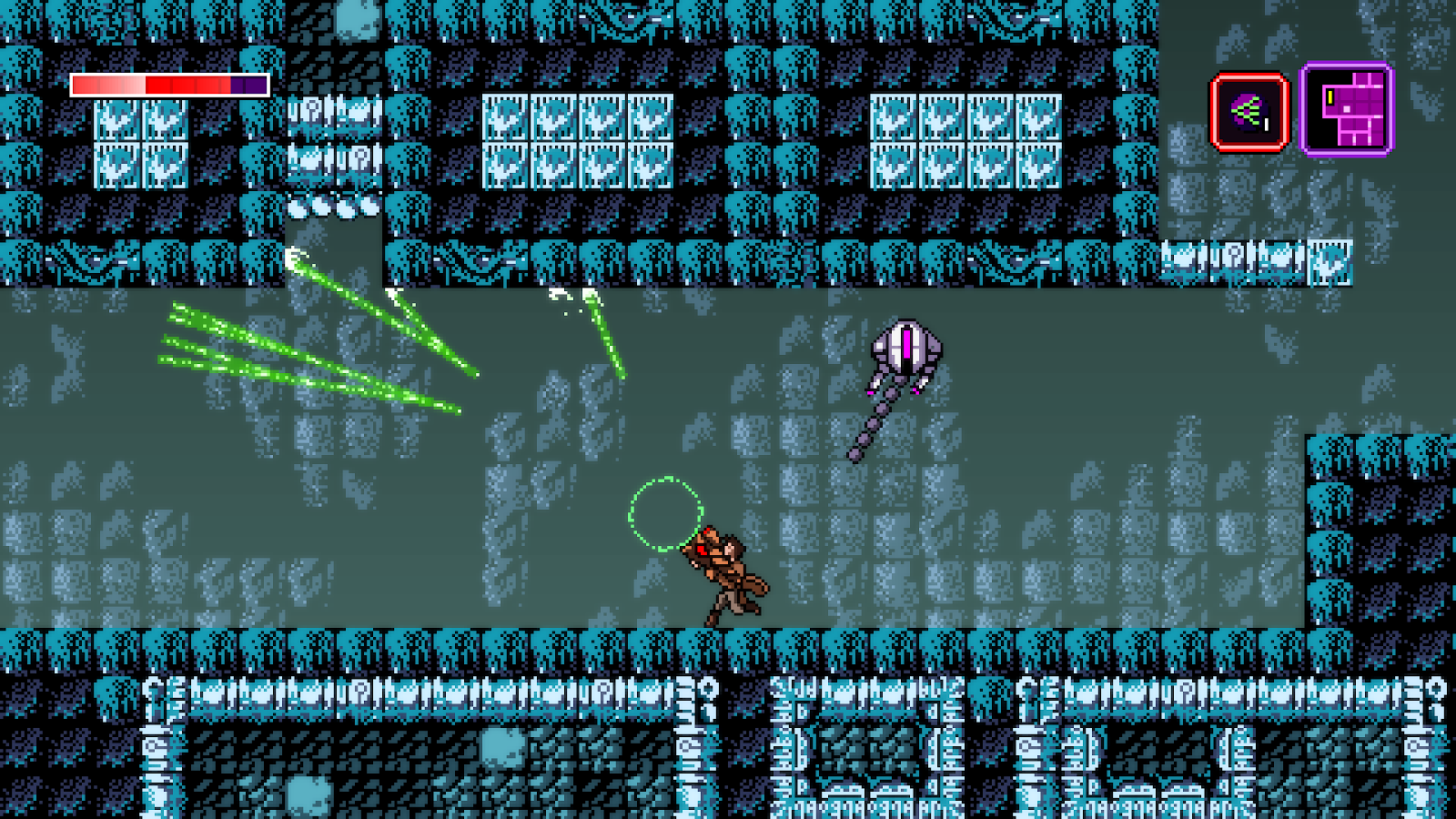 The save feature is also convenient; when you die, you will respawn in the last save area. If you had a power up or any other item before your last save, you will not lose it. This is a nice feature since you do not have to go back to regain the item, saving time and frustration. It will also autosave as part of the respawn.

Axiom Verge has two difficulty settings, normal and hard. There is also a Speedrun mode for experts. Speedrun mode can be used to challenge players looking to beat their best time. It can even be used for competitive streaming. It eliminates anything that can disrupt gameplay, such as cutscenes, dialogue, and randomized content. It also has an on-screen timer, which appears in the top left corner under the health bar. Speedrun mode will record your best time and last time.

The music and sound effects in the game are also influenced by games of the 8 and 16-bit era. The music feels extremely in place as it gives a creepy feeling of going into the unknown. Each weapon’s blast has its own distinct sound, reminiscent of other games of that era.

For those who really enjoyed the game, you may want to consider the upcoming retail version, Axiom Verge: Multiverse Edition, which contains a copy of Axiom Verge, a booklet with commentary and art, a double-sided poster with the world map, weapons and items from the game, and a making-of documentary. 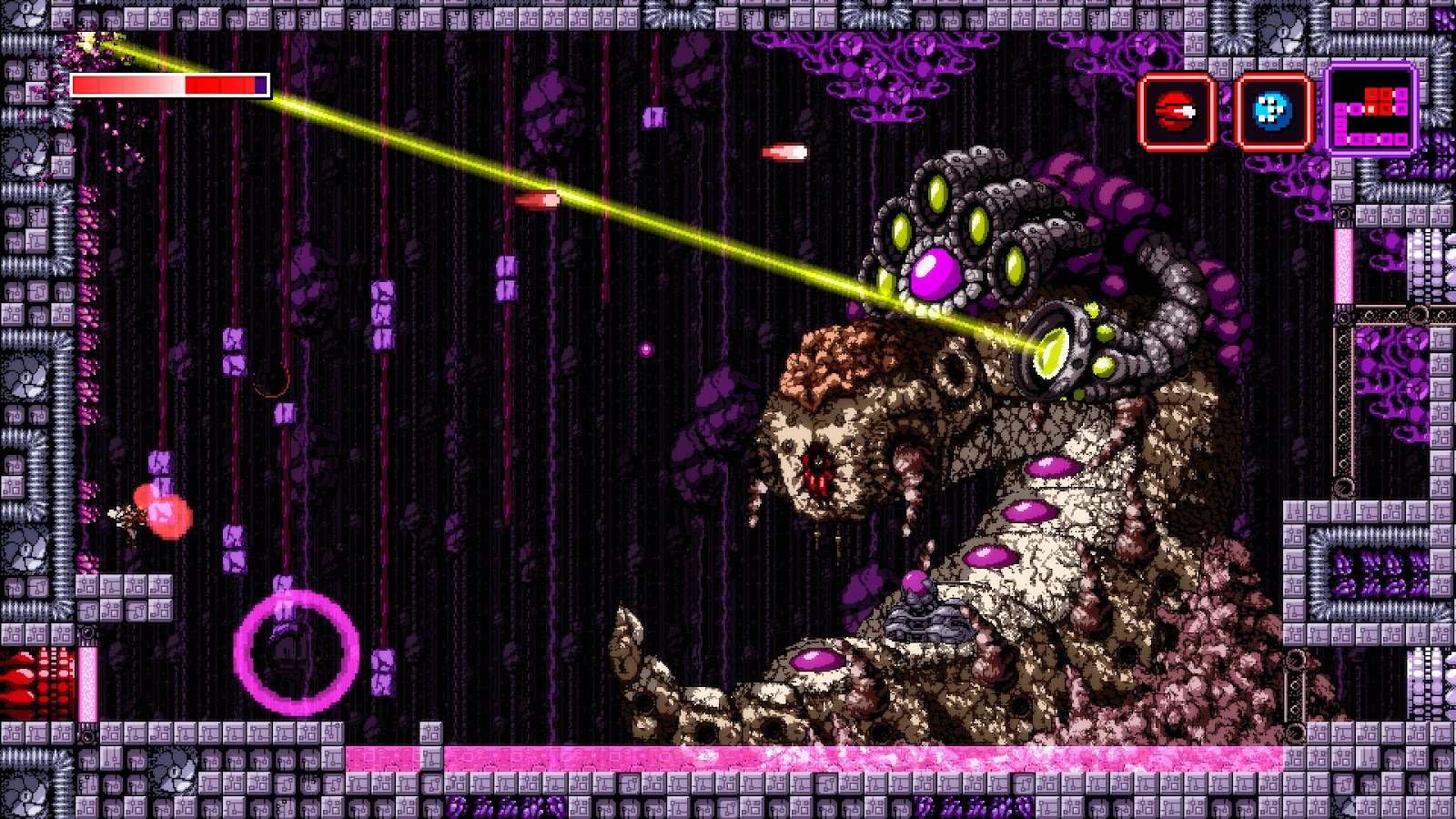 Any fan of classic action games should take a look at Axiom Verge; this game has a lot to offer. Playing through the game offers a challenge and a decent story to keep players interested. The mix of weapons and items are interesting, adding an exciting feeling of being able to explore ‘glitched’ areas in the game. Axiom Verge is a welcome retro-inspired addition to the Switch library.

Any fan of classic action games should take a look at Axiom Verge; this game has a lot to offer.