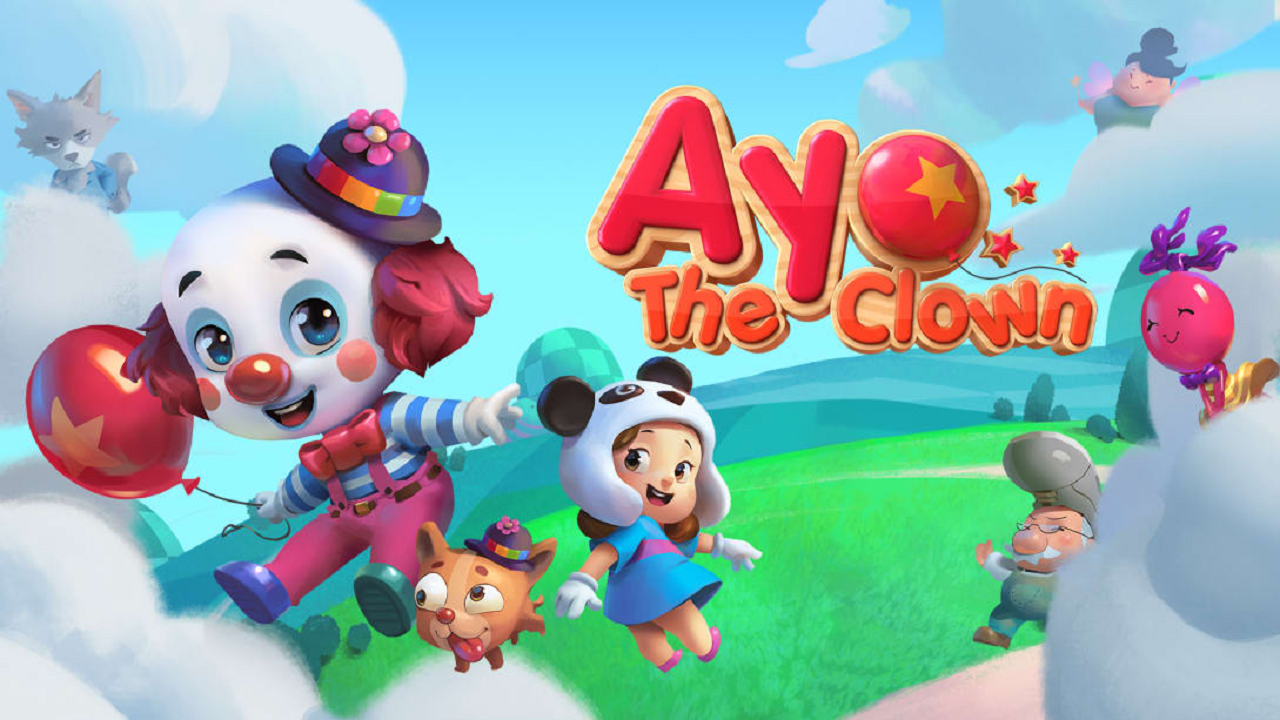 If you’re looking for a solid platforming adventure, Ayo the Clown might catch your eye. It never goes beyond “good” in many respects but checks off most platforming staples in welcoming ways that kids especially should enjoy.

The story has Ayo, a circus carnival clown, out to rescue his dog. I can appreciate substituting a princess for a canine, but the story is forgettable. At least the opening cutscene is narrated. For that matter, all cutscenes seem to be, which is excellent. 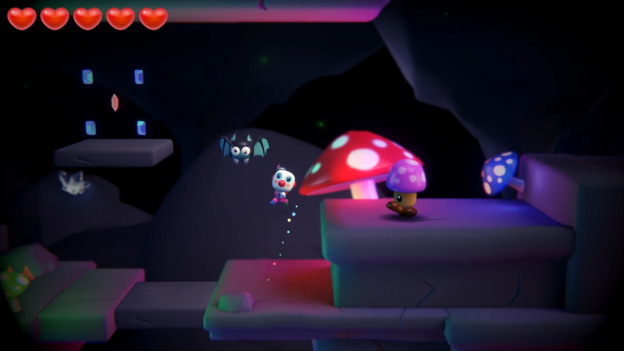 Anyone who’s played Yoshi’s Woolly World will see where developer Cloud M1 took influence. The general level designs, including their direction and hidden secrets, have a familiar Yoshi feel. Even the move set (unlocked gradually) is similar, though not quite as tight. Yoshi floats via the flutter jump, while Ayo floats via a balloon jump. Both have ground pound moves. Both have transformations. As a big fan of Woolly World, all of this is fine with me.

That said, the influence could’ve been handled even better. The transformations, for example, that were fun in Woolly World feel a bit out of place in Ayo the Clown. However, they are limited enough so as not to annoy you much. Likewise, the exploration wasn’t quite as fun. Ayo has collectibles to find, but they can make many levels seem overly long. So, I ended up eventually going against my completionist mentality to play more briskly, even though it meant losing that initial A grade. Some levels pack too many ideas for their ultimate good, though there’s enough variety among the platforming staples. 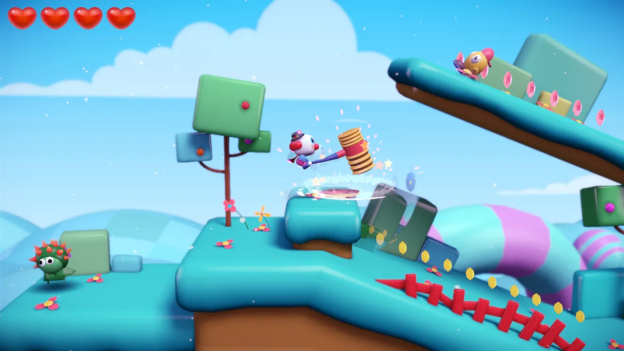 Ayo the Clown has originality sprinkled amongst the familiar. Ayo often finds himself needing to balance on unusual platforms, like rainbows connected to two bobbing clouds, as an early example. Enemies tend to be of the more cute variety and sometimes hide in the scenery. You can occasionally attack them with weapons, which is an admittedly unnecessary feature. Some enemies hit detection is a smidge suspect, too, so be warned. That said, the game has three difficulty settings. Will easy work for kids? Maybe.

I can see some potential for younger kids to grow frustrated with Ayo the Clown in time. Certain level designs (with alternate and vertical paths) could confuse, even with occasional pointers in the right direction from Radish Boy. Timing is needed, particularly for jumps from the unique platforms. The town has purchases that are far too expensive! The game’s also linear, so if kids get stuck they may replay earlier levels or give up entirely. There’s no co-op to have someone assist either, which seems like a huge opportunity missed. 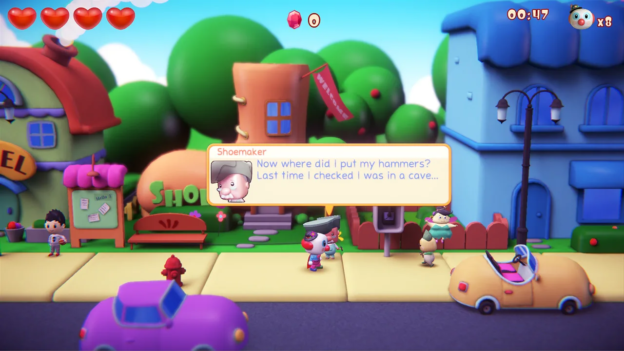 Kids will have plenty to enjoy, though, even with the potential for eventual frustration. Any platformer worth its salt nowadays is loaded with collectibles, and Ayo’s no exception. Other characters like the balloon lady, bear cub, and wolf bring some welcomed life to the adventure. The game is easy to pick up, has colorful looks, charming cutscenes, and pretty good music. Ayo is also likable enough so youngsters (or adults with phobias) won’t be frightened.

Ayo the Clown isn’t the most original game, but it’s a solid, colorful platformer. An ill-fitting idea here or there and a sluggish pace shouldn’t stop kids from enjoying a playthrough, even if they don’t go back to 100% the game. Give me a sequel that edits itself a bit, add a two-player mode, and you’ll have a real winner.

Ayo the Clown isn’t the most original game, but it’s a solid, colorful platformer. An ill-fitting idea here or there and a sluggish pace shouldn’t stop kids from enjoying a playthrough, even if they don’t go back to 100% the game. Give me a sequel that edits itself a bit, add a two-player mode, and you’ll have a real winner.