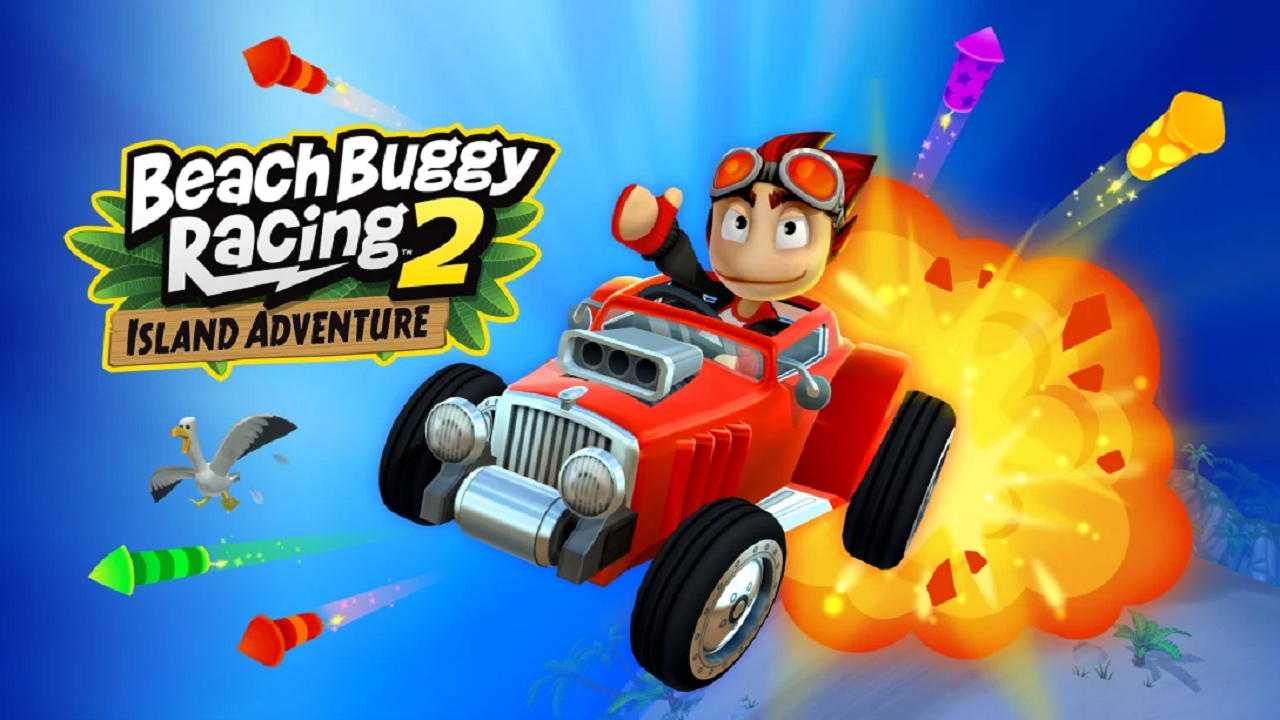 Arriving three and a half years after the original, Beach Buggy Racing 2: Island Adventure offers even more to keep players busy. But a fair question is, does the content compel one to keep playing? Not necessarily, at least in my case. This isn’t to imply that this game is subpar, but rather an okay sequel.

A mobile racer with console advantages, Beach Buggy Racing 2 tries gamely to offer variety. On a surface level, it does this. But it won’t take long before you start feeling like you’ve “been there, done that”. Especially if you played the first game, as you’ll see many of the same characters, vehicles, etc. This might be fine if you were a fan of the first, although this game is double the price at $19.99.

Sadly, this game failed to address several of my letdowns from its first installment. Tracks that “repeated much too often throughout Career mode” now do similar in Adventure mode. This mode is similar to the one found in Team Sonic Racing but not as good. It doesn’t help that many tracks have comparable aesthetics and feels. It’s also worth noting that, while Championships give quick access to much more, the adventure limits you to two characters (out of more than a dozen) at the start. Unlocking them, along with new vehicles and better (actual brand new) tracks, makes me wonder if the game would be better served by having a bit more available at the start.

Another repeat annoyance is any attempt to go off the beaten track. Any desire to explore for alternate paths is killed with a quick warning message, followed by an automatic return. Also, while there are leaderboards, there’s still no online racing. It’s local only, advertised as up to eight but limited on Switch to just four.

Beach Buggy Racing 2 controls alright, although there’s no means to remap them. Power sliding gives a speed boost, but I had a hard time pulling it off consistently. At least the tracks seem a bit wider, giving more space to show off the bubble powerups.

Speaking of, this is a powerup-focussed racer. There are over 40, although you should expect to see some that are minor variations. Still, the diversity is pretty good, and I admit it’s fun to see vehicles bounce high in the air off beach balls, for example.

Once again, I think this is a game (series) best in short bursts. Although, where did the daily challenges go? Younger or less experienced gamers will likely enjoy this game more. It’s colorful without wowing, has a relaxed difficulty to lessen the rubberband AI, and a solid number of characters, albeit shallow ones.

Beach Buggy Racing 2: Island Adventure delivers more than its predecessor, but there’s also more competition on the Switch in 2021 than in 2017. I can’t say I find the additions significantly more enjoyable, and there’s still plenty that could be improved. Despite offering a lesser version of karting staples seen elsewhere, this should still be enjoyable to fans of the first.

Beach Buggy Racing 2: Island Adventure delivers more than its predecessor, but there’s also more competition on the Switch in 2021 than in 2017. I can’t say I find the additions significantly more enjoyable, and there’s still plenty that could be improved. Despite offering a lesser version of karting staples seen elsewhere, this should still be enjoyable to fans of the first.