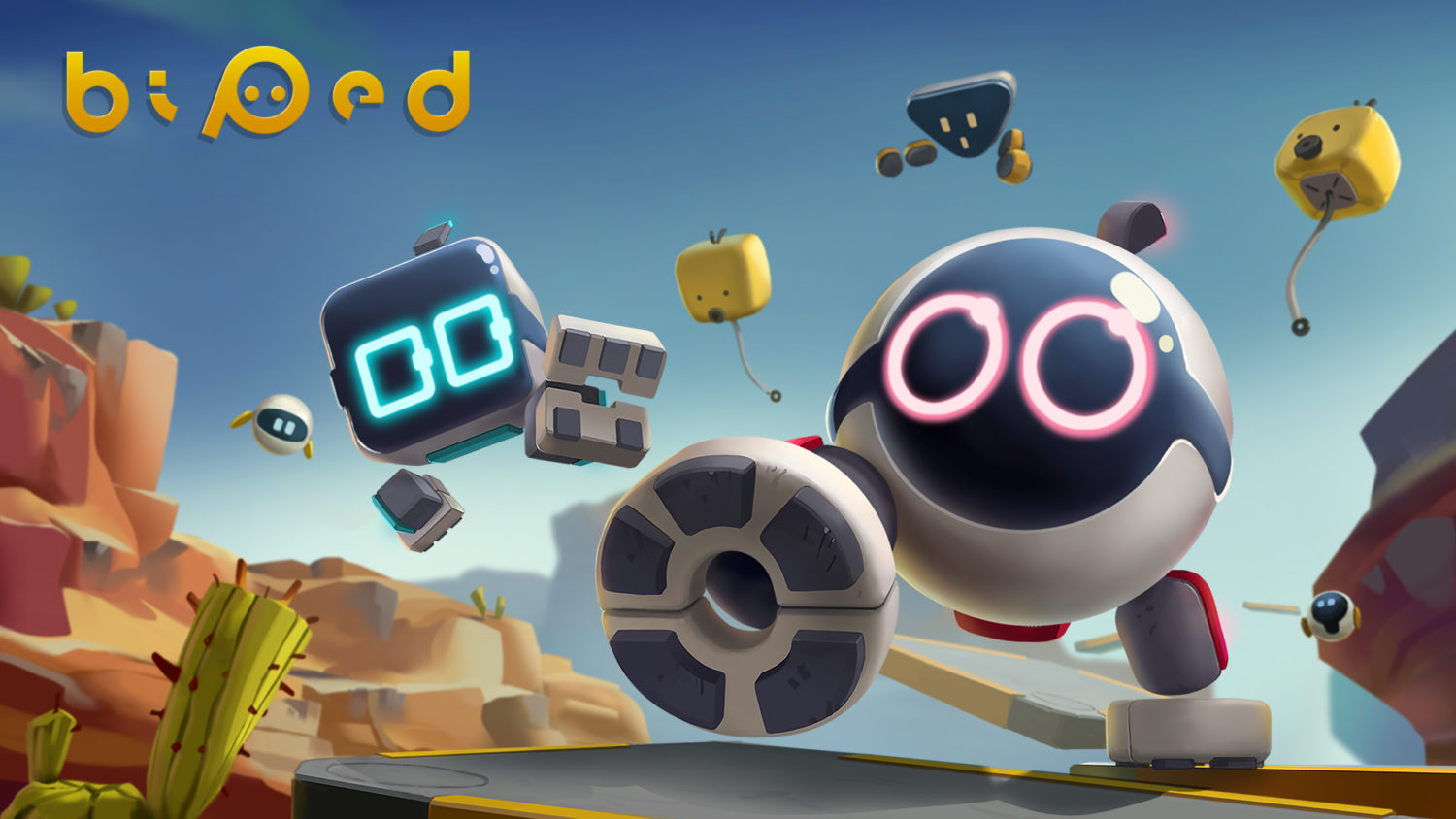 ‘Biped’, by definition, means using two legs to walk — a concept not unique in games, obviously, but this game is a physics-based puzzle game in which walking is half the battle. In Biped, you control each leg individually with the analog sticks, which is much more challenging than it first sounds. The other half of the battle is harmony: Biped is a local co-op game, so once you learn to walk you have to hope your partner has, too.

In Biped, you and your partner will play as Aku and Sila, a pair of robots dispatched from the service unit ‘Onion’. Your task is to reactivate beacons on Earth in an attempt to bring light back to the world. It’s a bit WALL-E, really, but luckily the planet isn’t covered in trash, and you aren’t alone. Fortunately, my partner is quite partial to games, so I managed to rope her in. 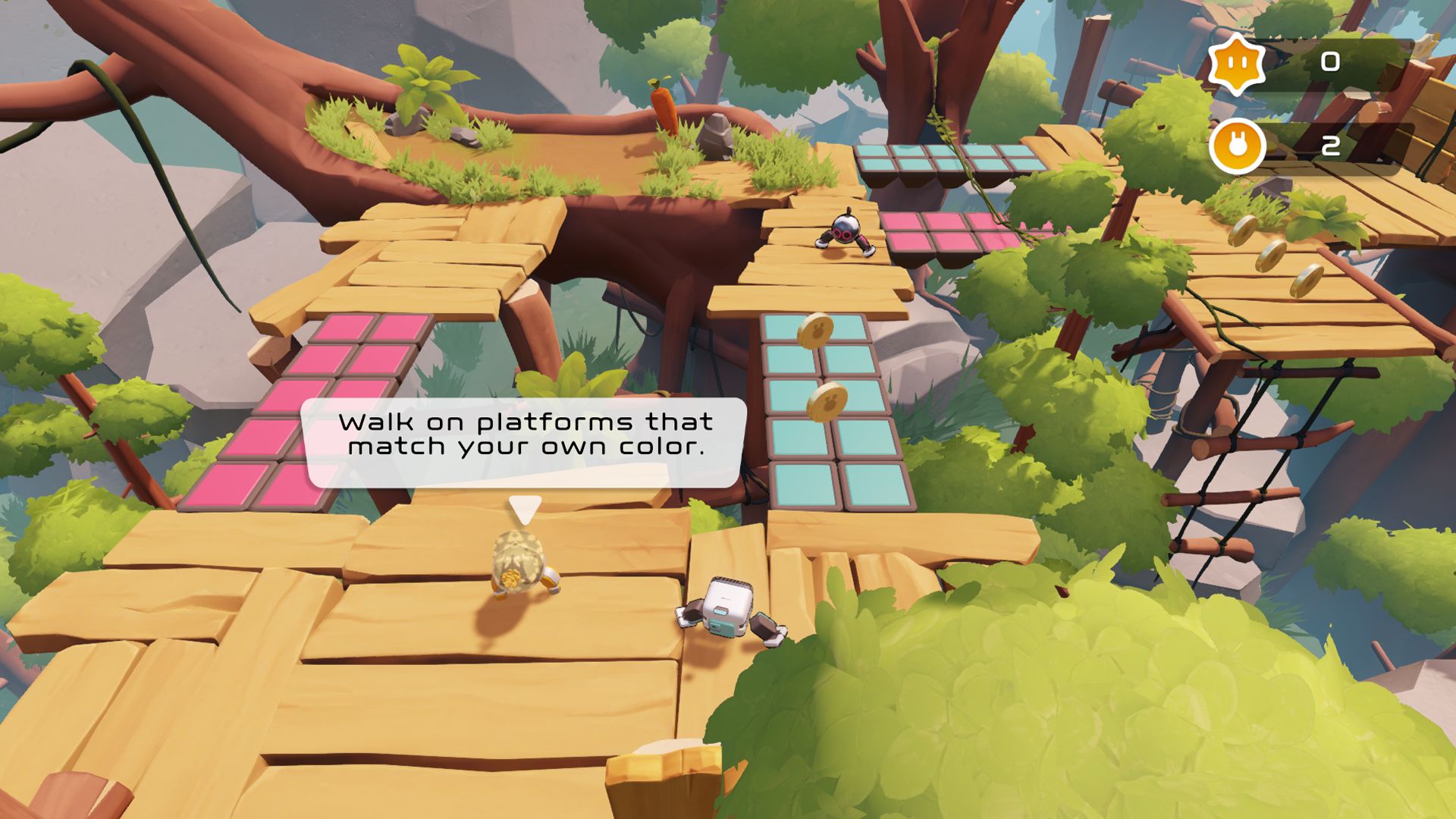 At first, Biped is a fun bonding exercise. Although, it doesn’t take long before the challenge heightens — before you know it, you’re sat at opposite ends of the room, demanding better performances from each other. That feeling of elation when suddenly overcoming a challenge is special, however, and remains the foundation of the game. In a lot of ways, Biped is comparable to Snipperclips and its need for communication and teamwork. Biped does have a single-player mode, but it’s simply not as good as in co-op. The true strength of this game is playing it with someone else.

Naturally, in order for a puzzle game to be good, it has to have good puzzles — and then a variation, of which Biped certainly has. The game sets out to teach you its mechanics early on, but it introduces you to different styles of puzzles continuously, letting you and your partner discover new ways to fail until it finally clicks. These puzzles range from having to time your steps with your partner, to having to grab and pass lumps of wood to one another as you’re transported on a rail at speed. The biggest problem with Biped is that as you really begin to get a feel for one puzzle, it ends. I actually wish the game was longer — it feels as though developer NEXT Studios have only scratched the surface of Biped’s many possibilities. 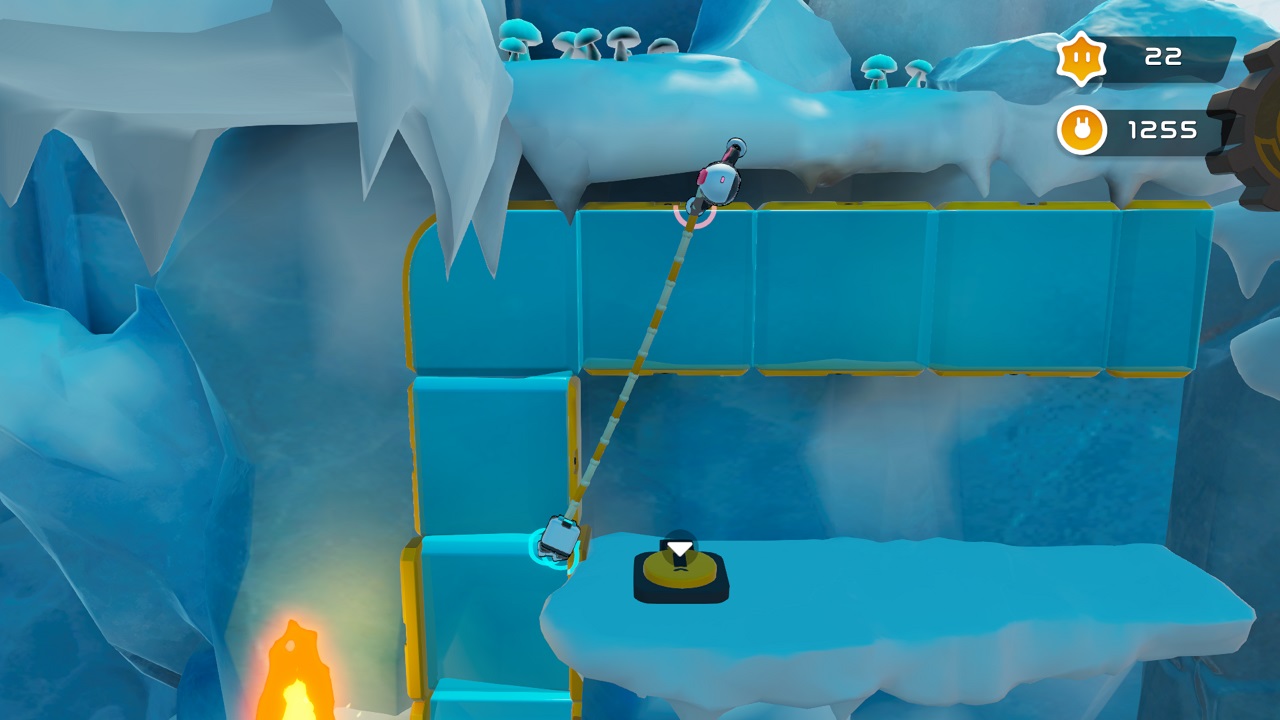 Each stage has its own theme, ranging from snowy peaks to dense woodland. As you progress through these different stages, you will collect coins. These coins can be spent on aesthetic items for your little robot friends. There aren’t many products on offer, but the customisation is a nice touch. Who doesn’t like seeing a tiny robot in a chicken hat?

Despite the odd frame rate dip here and there, as well as little incentive for single-player, Biped is a very good experience for you and a friend, partner, or even your child, so long as they are familiar with the style. A game like Biped can be particularly uplifting right now, so a game that can bring a smile to your face is worth visiting, even if it only scratches the surface of its own potential.

Biped is perfectly suited to the Nintendo Switch, providing plenty of fun for you and a pal, even if it’s short-lived.