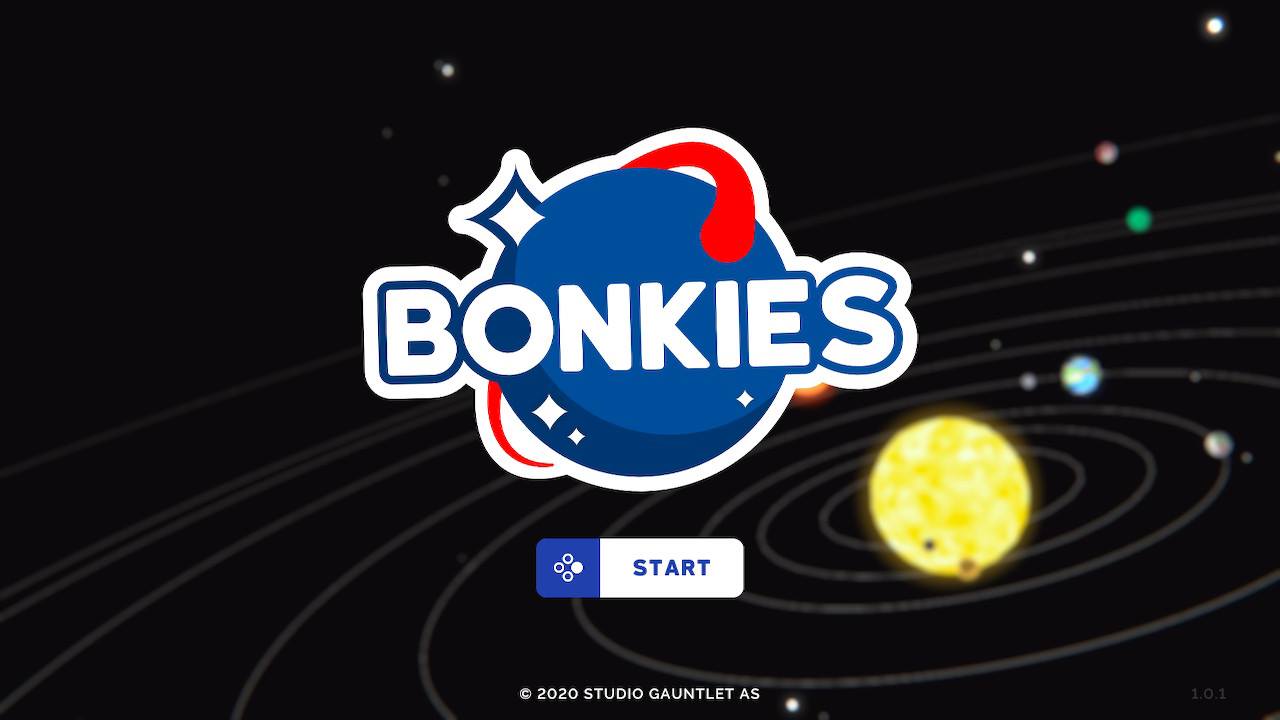 Bonkies is a puzzle arcade game that you can play alone or with up to four people. There’s a lot of strategy and communication involved in a cooperative puzzle game with friends. However, the actual gameplay loses its touch after a while. 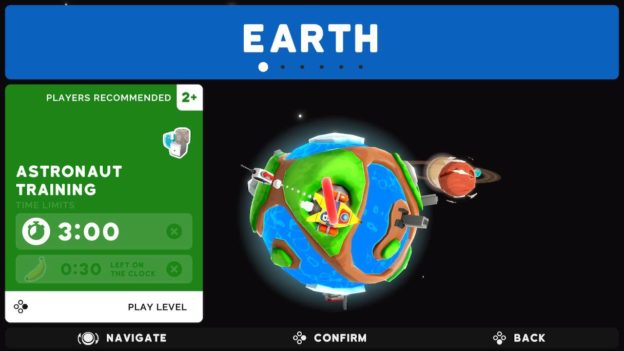 You play as monkies, training for construction in space. You begin on Earth and work your way to the moon and beyond. There are only four planets to join, though, and each has a handful of levels. If you’re good at this game, you’ll get through it in no time.

When I first played Bonkies, I had a full party with myself, my sister, and two cousins. We got through a couple of levels on the second planet before deciding we were done for the day. We had fun, but it was mostly because we tried sabotaging each other by goofing off rather than actually trying to solve the puzzle. 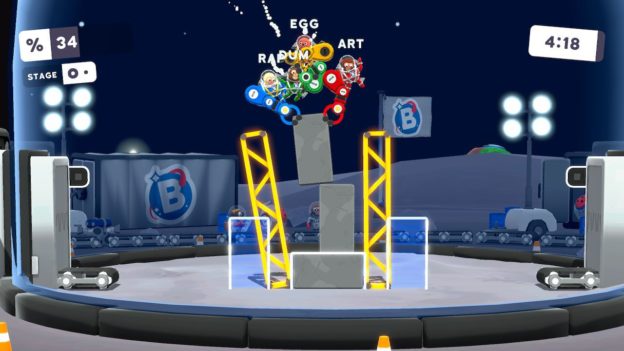 Why? Because the puzzles are mediocre at best. This game reminded me a lot of Snipperclips for the Nintendo Switch, except worse.

While your monkies are in space inside this dome thing, trying to build… you know what, I’m not even sure. Blocks in big squares, little squares, L-shapes, and the like enter the dome, and you must place them together, fitting a blue area in the middle of your dome. 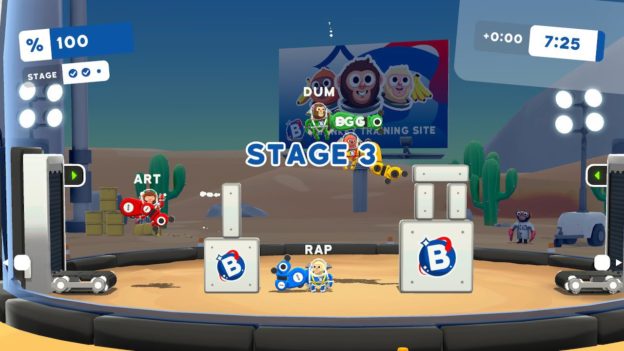 The puzzles get more complex the farther you get into Bonkies. While the puzzles aren’t bad – I did get stumped a few times – it just got repetitive. I felt as though there was no point in doing these puzzles.

Each puzzle is timed, and if you don’t solve it within the allotted time, you need to redo the level again. If you meet the time, you move on. If you complete the puzzle within a certain amount of time that’s quicker than what they give you, you’ll get a banana. Once you collect a certain amount of bananas, you can unlock new monkies. 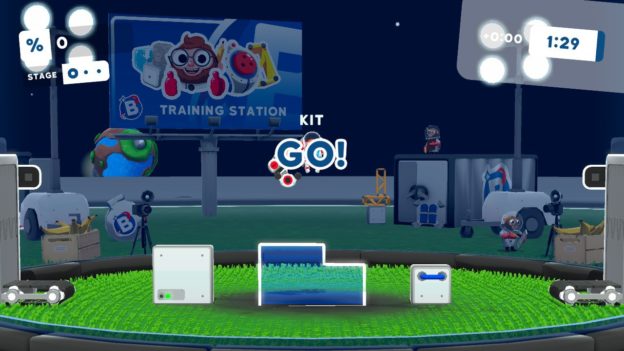 That’s it. There’s no reward to Bonkies. It wasn’t satisfying to beat. I played through it in solo-mode after trying it with family, and it was a dull experience. It certainly wasn’t fun playing alone. Not to mention, there are no differences between solo and co-op. The gameplay is the same, and the puzzles are similar (easier for the one-player mode).

I will say that the graphics were clean, and the controls were responsive, even if they did take some time to get used to. In order to grab the block, you need to press “R,” and the robotic arm on your space suit will grab it. You need to press “L” if you want a boost if a block is too heavy. If you need to change your arm’s direction, you have to press the Joy-Con arrow buttons. Most of the time, though, the arm didn’t seem to want to face the direction I wanted it to. I grabbed the ground or a friend (accidentally) more often than grabbing the actual blocks. 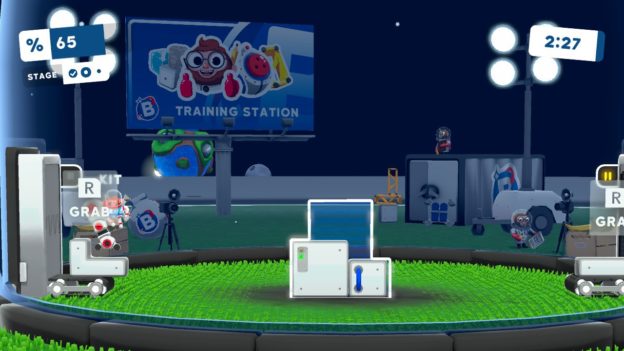 I think you need to have a good group of friends to play with to get the full effect. However, my group and I weren’t that into it. We would have liked it more if there was more to the puzzles or even more modes to explore, such as trying to race each other in building our towers.

Overall, this isn’t a bad puzzle game. I just wish there was more meat to it. I can’t see myself going back to this game anytime soon.

Bonkies is a puzzle co-op game that’s better with friends, but its short gameplay won’t have you entertained for long.