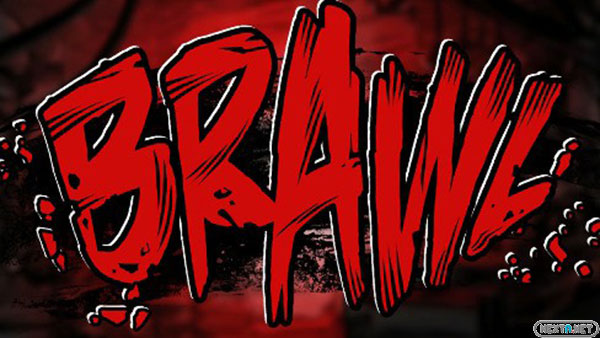 Brawl is a fairly easy game to describe. It basically takes the classic bomb-blasting formula of Bomberman and adds its own B-grade horror theme. Could this combination possibly work? In short, not really.

Brawl offers several modes to play around with, including a solo campaign and some local multiplayer modes. The solo campaign is quite lengthy, in that there is a separate story for each of the game’s characters. Four characters are initially available, with another four locked. These characters are inspired by horror movies and concepts, such as a psychotic-looking clown, a blind girl with long, dark hair, and a moving puppet mistress. There’s even a crash test dummy, complete with a wheelchair.

Each story is a good way to introduce the characters, and may appeal to fans of movies like the Saw franchise. Your character is trapped in a labyrinth and must escape, guided by a malicious, disembodied voice. There are traps and odd enemies along the way, and four difficulty settings to test your skills. 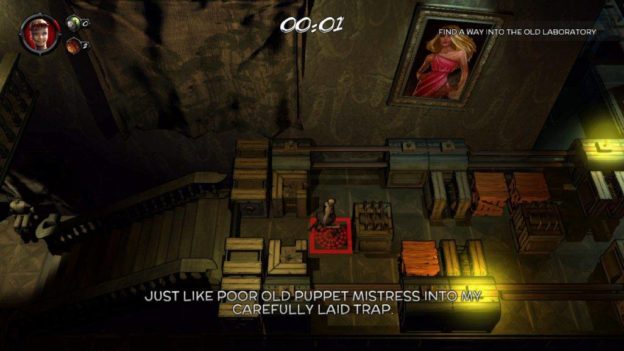 The characters are intentionally creepy, and the game’s title music and art style suitably match. Generally, the presentation is hit and miss. There are good elements, like the horror theme that will appeal to fans of the genre. Some of the game’s aesthetics seem to blend this theme with a manga/comic-book vibe, particularly with the visual stills and character profiles. It’s certainly unique and likely to appeal to the right crowd. It’s also a little dark, particularly in handheld mode, which makes it less fun to play. Overall, the presentation is in stark contrast to the bright and colorful Bomberman style.

In terms of audio, the voiceover is quite well done, with that persistent, Jigsaw-esque voice prattling on during the solo campaigns. Unfortunately, the on-screen text doesn’t always match the words, and actually contains numerous typos. Other screens show fonts of different sizes. These elements detract from the game, giving it an unpolished, slightly unprofessional look. The music is also hit and miss. There are some atmospheric tunes that really suit the game. Then there are those irritating, twisted, and repetitive tunes that sound like a scary ice cream truck.

The gameplay for each story is essentially the same, but each character does come with a different ability. In addition to being able to bomb everything in sight, you can do things like throw a knife to slow your enemy down, or teleport past an enemy. This does add some variety, but the default move is still bombing.

Which brings us to the multiplayer mode. This is essentially a Bomberman clone, allowing up to four local players to compete against each other in several arenas. There are some interesting options, such as a sumo mode that involves pushing each other out of the arena, or a color mode that involves coloring as much of the screen with the color of your bombs. They’re OK with a group, but it’s just missing an element of fun. Bomberman is addictive and competitive, with a strong, just-one-more vibe; Brawl simply doesn’t inspire repeat plays. 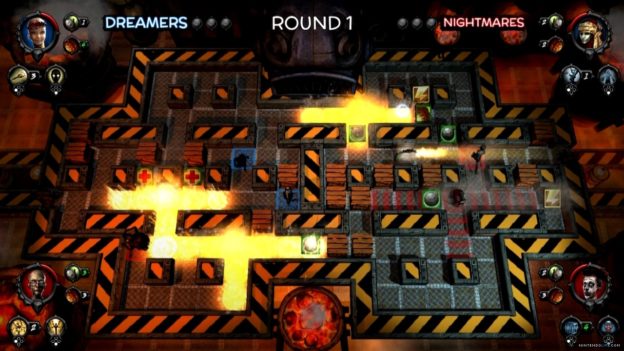 When a successful game exists in a niche genre, any that follow the same formula will inevitably be compared, even scrutinized, with that original. Like any new kart racer has to live up to Mario Kart, Brawl needs to compete with the likes of Bomberman, and it just can’t. The controls are awkward, the dark characters all look the same, respawning occurs in random places, and power-ups seem to appear inconsistently after death.

When you blatantly copy another game’s style, you have to offer something new and different, or at the very least imitate well enough to evade being put aside by comparison. Unfortunately, Brawl just isn’t as good as its source material, nor is it as fun. Horror movie fans may find some appeal in the creepy visuals and characters, but if you’re after multiplayer fun, try elsewhere.

Brawl takes an existing concept and adds a B-grade horror theme to give it a unique twist. It’s not as fun as its source material, but horror fans may get a kick out of its dark, twisted humor.