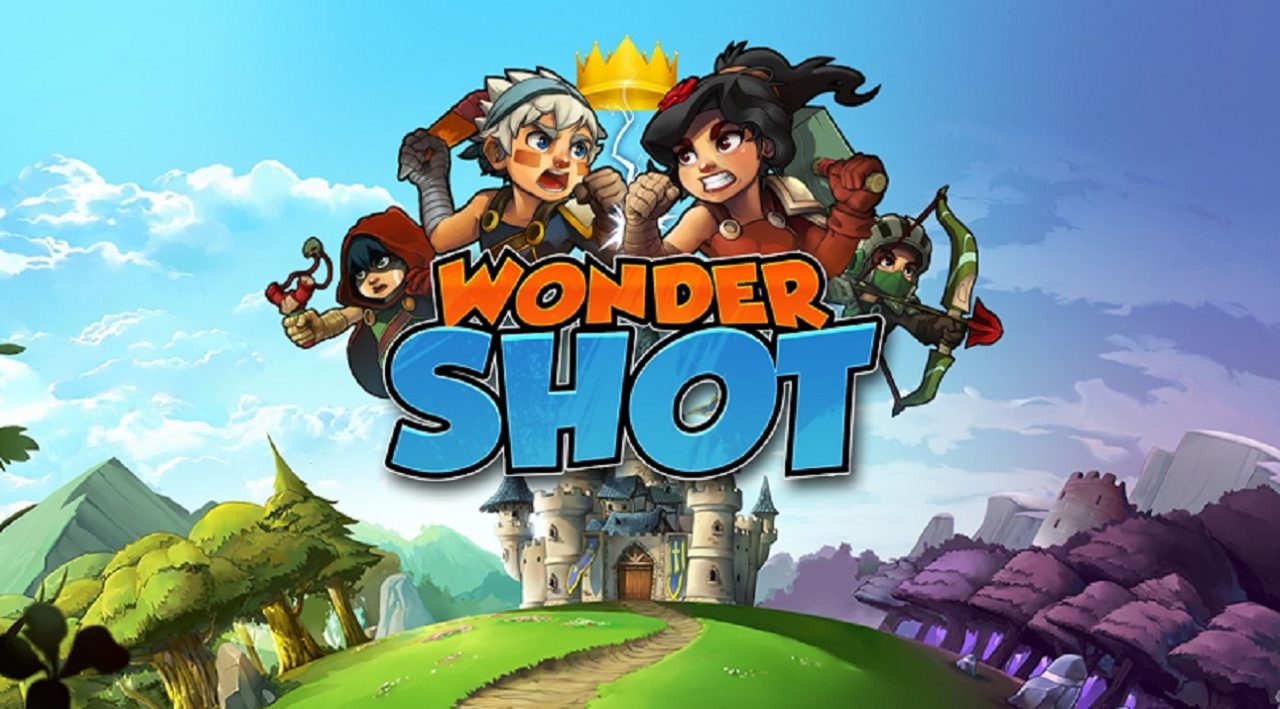 Wondershot is an action game “presented by the publishers of the best-selling Astro Bears Party”. That actually is a selling point for me, despite the average score I gave Astro Bears initially. It’s since proved to have some legs as a very good budget multiplayer game on the Switch eShop. Its biggest knock was how little it offered for the solo gamer. Wondershot seemingly addresses this, but how does it fare?

For those unfamiliar with the game (which first released a few years back), Wondershot is an action-oriented title where you try to best your opponents with weapons. There are four on hand – boomerang, bow, hammer, and slingshot. There are also four playable characters, but they only seem unique in an aesthetic sense and are a weak batch overall.

Speaking of, this game ditches the sci-fi look for something more medieval. There’s no story to go along with the appearance, but none is needed nor missed. The look isn’t particularly impactful, although the zoom-in, sudden death situations add to the intensity.

This game is rated E10+. Fantasy violence is expected, but suggestive themes? Hearing one character taunt “Tonight you dine in hell” seems quite unnecessary. Seeing the male characters peep at a bathing female character during loading screens is gross, and inappropriate for the rating.

The 45 solo challenges in Wondershot are tough, especially if you want to get near the dev times. I didn’t find them that compelling or fun though. There’s also no online leaderboards. I’d rather the option to go solo in the main game mode against computer-controlled characters. You can’t add any, even to round out a group of two or three. This is an unfortunate stumble, similar to Astro Bears.

Until these party games offer computer characters to fight against, they’re really just hurting themselves. The solo component is far from great. Even when playing Wondershot as a duo or trio you’ll probably be wanting a full group of four. That’s the best way to ensure an entertaining time with some laughs. Otherwise, it’s a very forgettable release. It’s 50% off if you own some other Switch titles published by QubicGames like Astro Bears Party, Brawl, and Robonauts, but Wondershot is one you can pass on without much worry.

The solo component is far from great. Even when playing Wondershot as a duo or trio you’ll probably be wanting a full group of four. That’s the best way to ensure an entertaining time with some laughs. Otherwise, it’s a very forgettable release.