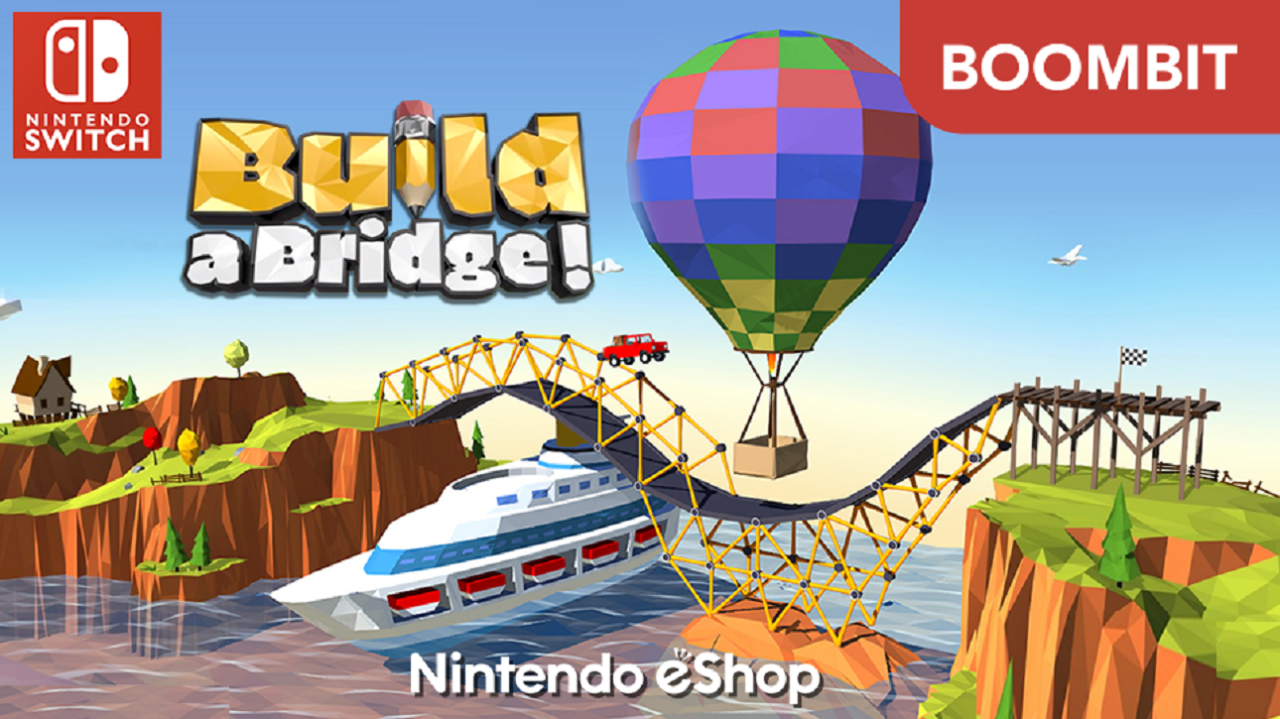 There are quite a few mobile games that have made their way onto the Switch, and Build a Bridge! is one of them. Bridge building games seem to be a dime a dozen nowadays, with many on mobile, and several on the Switch itself, such as Bridge Constructor Portal. Does Build a Bridge! stand out from the pack?

The presentation and controls reflect the games mobile roots, as there is a 3-star ranking system, and the ability to play via the touch screen. You can also play with a controller, which does make some things take slightly longer, but I personally preferred it to tapping and sliding. Building bridges works like you’d expect it to if you’ve ever played the genre, though I really liked how you can choose to build in triangles instead of making each individual piece. It saves a lot of time and makes me wonder why all bridge builders don’t have this option. The graphics definitely aren’t pressing for the Switch, but look fine nonetheless.

The game contains over 75 levels that span a trio of worlds. Some levels get incredibly tricky later on, with some worlds harder than others. After beating a level, you are graded depending on how much your bridge cost to make. You also get three missions to try to complete another time, like making your bridge reach a certain height, or making it have a long jump. I enjoyed going back and beating the missions, though having unlimited cash for them makes some way too easy to accomplish. Overall, Build a Bridge! is not a game you’ll 100% quickly.

Overall, Build a Bridge! isn’t a unique game, but it’s not trying to be. It is a polished, well-made bridge building game with lots to do. The game goes for $14.99, which seemed a bit steep to me, but compares with other games of the genre on the eShop. You can download it for free on mobile, which includes only one free world. I’d say try it out there, and if you like it get it on the Switch for the complete package.

Overall, Build a Bridge! isn’t a unique game, but it’s not trying to be. It is a polished, well-made bridge building game with lots to do.