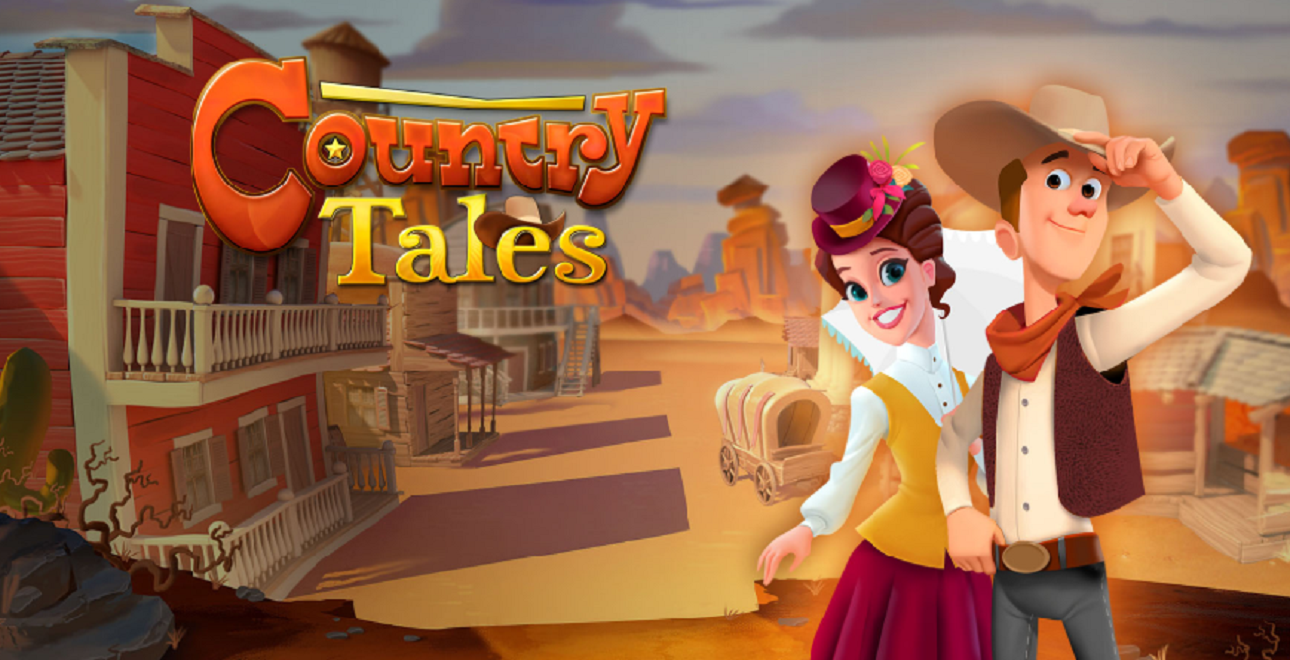 Country Tales could be a construction and management simulation to win over those who might otherwise overlook the genre. With the option for a relaxed difficulty, that dreaded timer isn’t a factor. This more relaxing pace makes for an easier, but still satisfying, wild west adventure.

You control Ted, a former farmer who’s now trying to make a name for himself by working for the Mayor. What’s nice is the often funny characters you meet while exploring develop relationships both with Ted, and each other. So, rather than having a story in place purely to move the gameplay along, the one here holds together well.

As I mentioned at the outset, relaxed was my preferred way to play. It’s ideal for getting used to the game, even more so for those less familiar with titles like this. Of course, things will get more challenging, and you can still find yourself in a situation needing to restart a level. Multitasking is the order of the day, as Ted manages his time. The strategy is how to tackle the tasks list in the order most likely to lead to success for all parties involved. You can change the difficulty between levels, which is a nice touch. 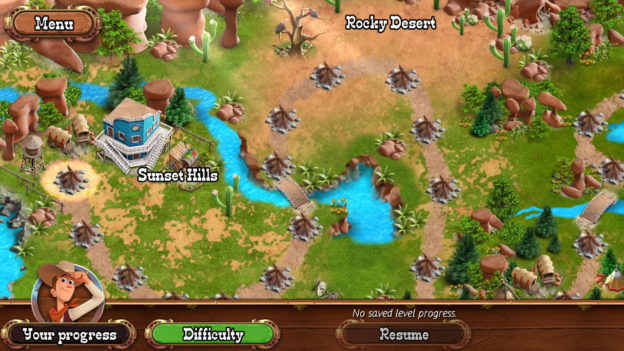 You start in the town of Sunset Hills, with Catherine (the Mayor’s fiance) giving you a tutorial on building simple shacks and collecting taxes. But you’ll soon move to the outskirts, desert, forest, swamp, valley, and beyond, managing more complex structures. Working with the Sheriff and Native Americans to put the bad guys behind bars gives the simple story some additional personal weight.

The 40 levels won’t take you too long to complete (at least on relaxed). How much you’ll want to replay depends on how much you’ll want to set new high scores or earn medals, which aren’t available when playing relaxed. The timed modes also bring unique achievements. Handheld mode is the best way to tackle these timed modes, and it’s probably the best way to play in general. When docked, the cursor is pretty darn slow. It also employs the right Joy-Con only, so if you play with a Pro Controller, you’ll be using an awkward grip that I haven’t seen since the three-pronged N64 days. 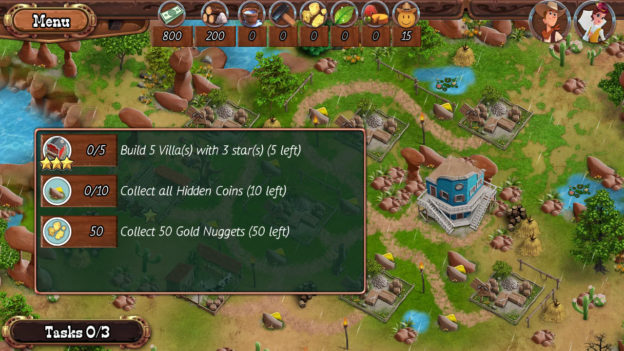 The game looks nice for what it is, with a cartoony appearance in HD. The background music tends to blur together, but sound effects make sure you won’t notice the tunes negatively. When the screen gets busy with many resources, there are many sound effects taking place, as well as plenty of animations. Country Tales is also a polished title. I especially appreciate this as the last release I played from Cateia Games/Ocean Media, The Man with the Ivory Cane, had many glitches. Everything is smooth in this outing. 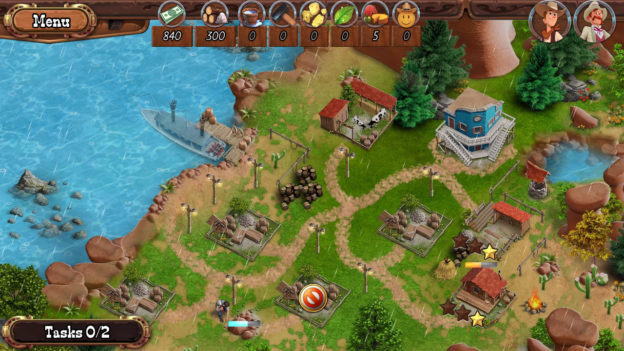