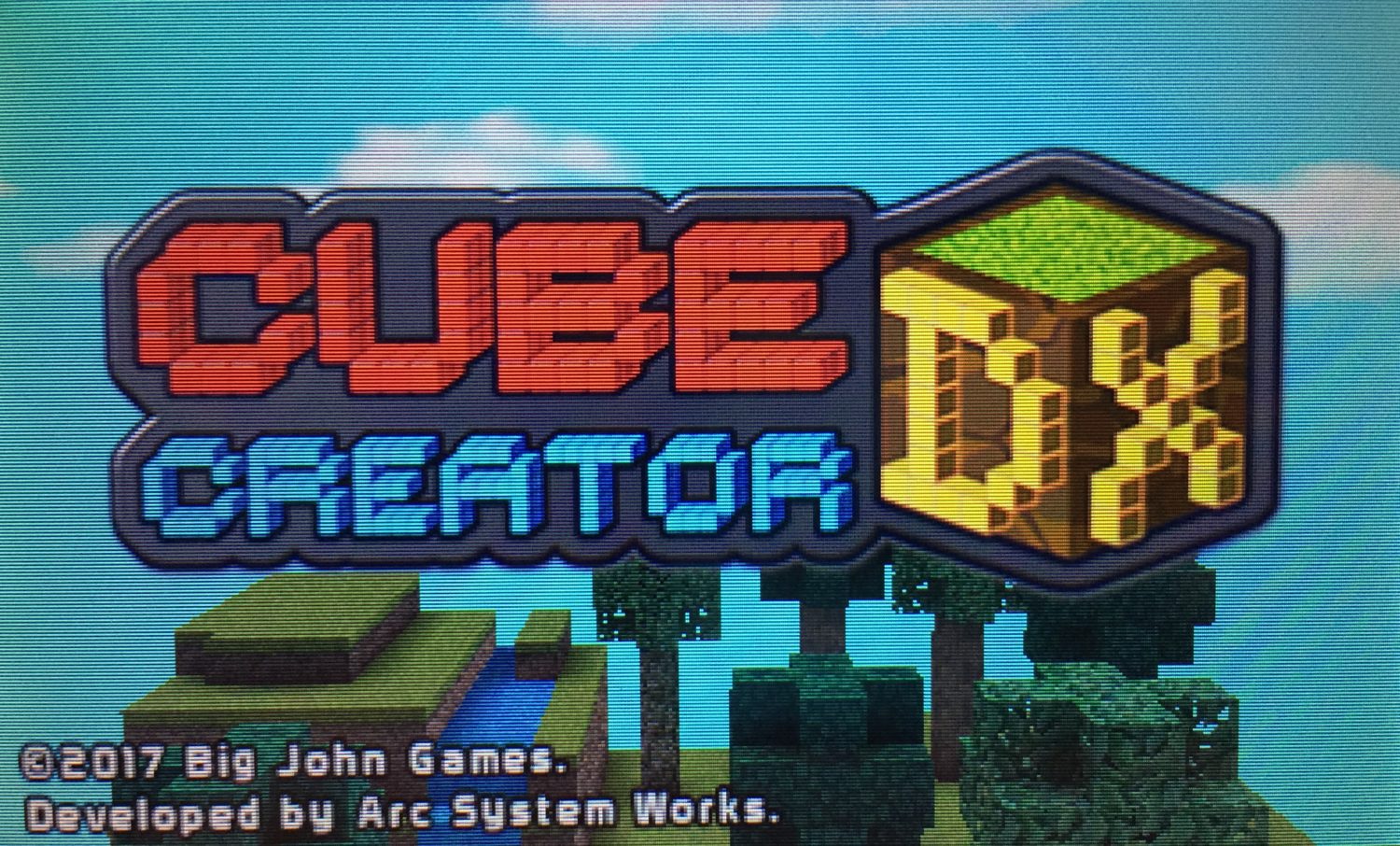 Cube Creator DX is an action-adventure game for the Nintendo 3DS. This game is bright and colorful and has a lot to offer when it comes to gameplay. It’s very similar to Minecraft with some slight differences, but if you enjoy Minecraft, you’ll have fun with Cube Creator DX. 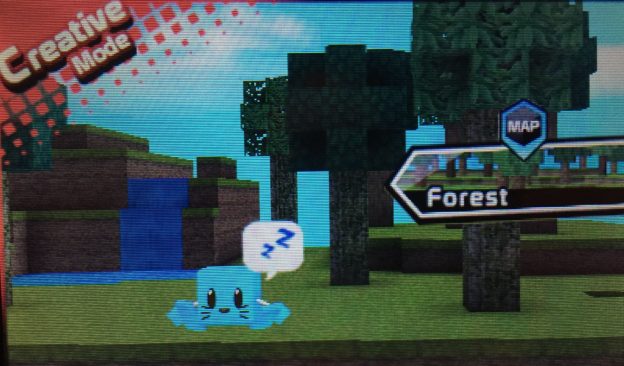 This game allows for a variety of options when the it’s first turned on. The avatar is a simple cube though you can change the color, add shoes and accessories, and a face. I changed mine to blue with open eyes and cat whiskers. It looked adorable and was certainly ready for adventure!

There are multiple modes to play. Survival Mode allows the player to collect and build with material, fight enemies, cook food, and explore the entire world. This mode is the most difficult as there are many tools that need to be made using certain materials. The beginning is tough since you start off with nothing. Similar to Minecraft, your avatar has health and a food meter. The health will regain itself if the food meter is full.

The survival mode also has weather along with a day and night cycle. The enemies come out during the night and I continuously died in the beginning. Enemies are only able to be defeated with a sword. I had assumed I could use my pickaxe or my fist to hit enemies, but because I didn’t have a sword (or the material to make one) I just had to run away. I eventually died because enemies kept spawning and chasing me. 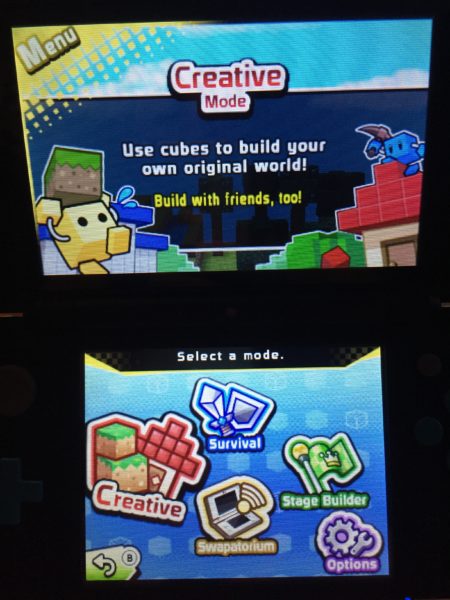 There’s also Creative Mode which is a relaxed version of Survival Mode. There are no enemies and all the materials you need are given to you in an unlimited supply. You can choose the kind of terrain you want – forest, tundra, tropical, etc. – and build your own world. I had a lot of fun creating a house and exploring the map.

Stage Builder Mode is similar in the way that you can create a stage with a certain goal at the end for others to play. You can play in stages others have created as well. Finally, there is the Swapatorium Mode where you can swap stages with friends and play the game with them as well.

There are a lot of controls for Cube Creator DX. It took me a few minutes to get used to the controls since placing and removing cubes are the L and R buttons. The A, B, X, and Y buttons are used to move the camera. Moving your avatar is done by the analog stick while you can change your avatar’s height by using the up or down buttons on the D-pad. Changing your view and changing tools quickly uses the left and right buttons on the D-pad. Every button is used and serves a function that is used at one time or another so it’s a lot to remember. 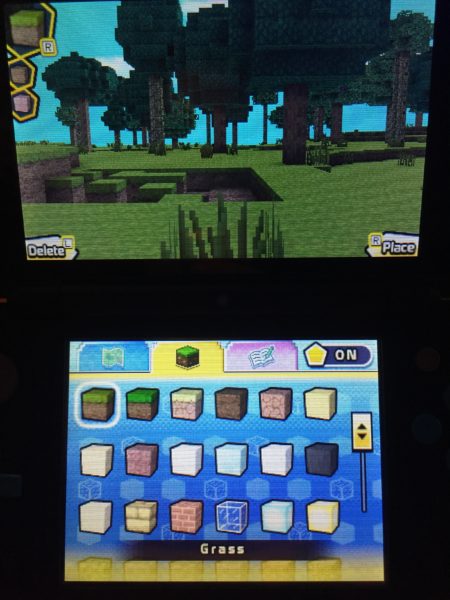 The graphics are true to the game’s name in which everything is cubed. However, you can decide how you want the graphics to look. There are many options such as pixels, watercolor, and more. I chose the standard way to view the game which reminded me of how Minecraft typically looks. The music was relaxing and fit well with the game. I enjoyed it, though it did remind me of The Legend of Zelda games, specifically Skyward Sword. In Creative Mode I felt as though my avatar was in the forest in Skyward Sword and it gave me a wave of nostalgia for the old Nintendo Wii game.

Cube Creator DX was a lot of fun. The various maps were enjoyable to explore and it was great to be able to chill with Creative Mode and build myself a nice house. Survival Mode was hard and stressful at times with the enemies, but it was cool to see the various enemies such as gel-like creatures in the forest.

Cube Creator DX is a fun, relaxing 3DS game. It’s great to pick and play anywhere between the chill creative mode and the intense survival mode. Once you get used to the many controls, the game play is engaging and keeps your attention.