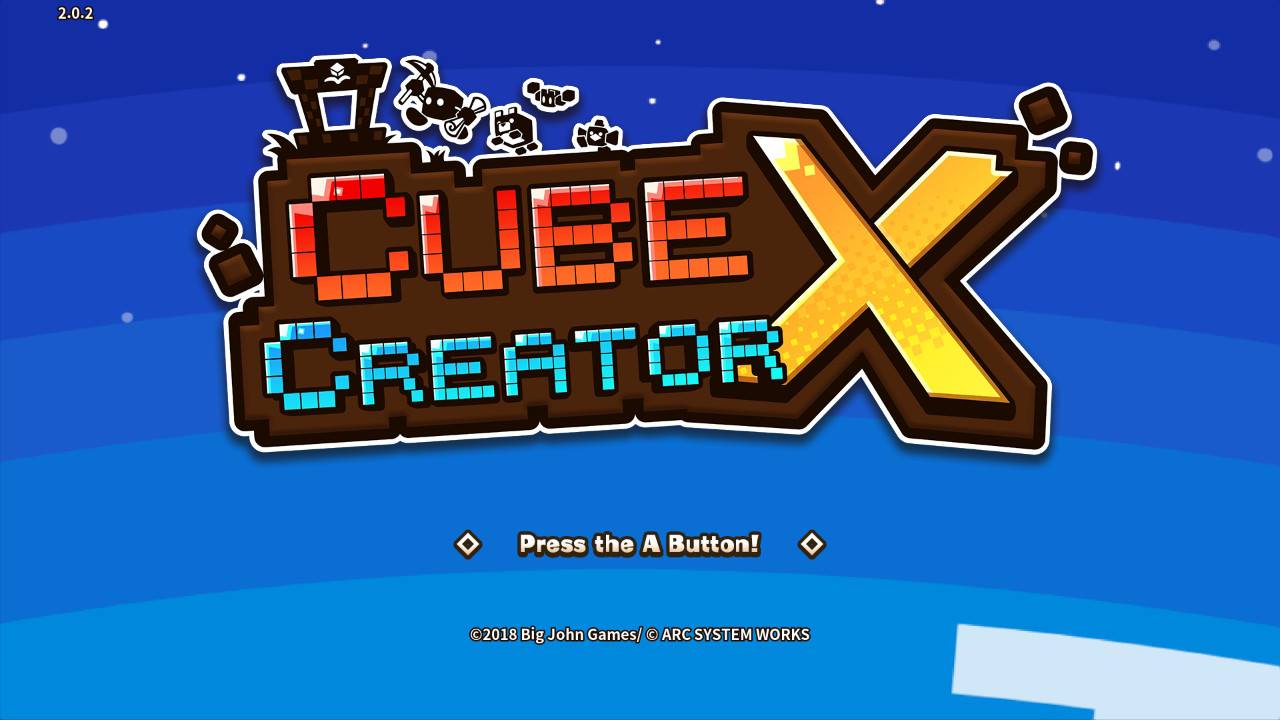 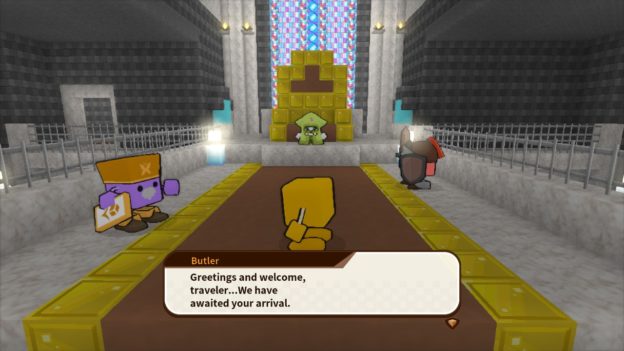 This is a fun-filled simulation game creating and using tools with the materials you find throughout the world. You build things, you fight enemies, and you can even have pets. There’s a lot to do in this game. If you enjoy this sort of genre and are familiar with Minecraft, then Cube Creator X will a time-sucker for you. 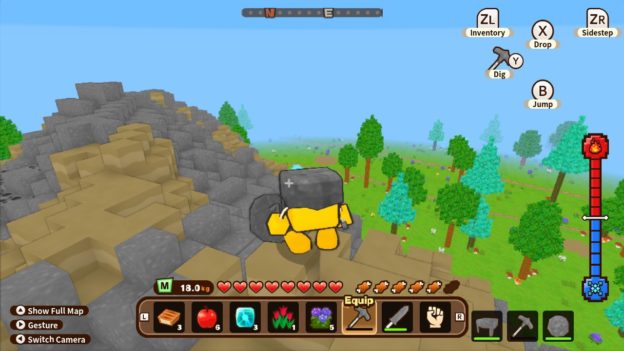 On the main menu, there are five options to choose from. One is an avatar where you can customize your yellow blocky guy. You can change the way his eyes are, give him accessories such as headbands or a mustache, and change his color or pattern.

The other is the Plaza where you can share your creations online with other players. You can upload your own stages or download stages from other players. There are a decent amount of stages in the Plaza you can check out that give off Super Mario Maker 2 vibes. If you like a stage you’ve played, you can give it a “cool point”. I’ll admit, I’m not entirely sure what that means. I assume it’s the same as “liking” it. 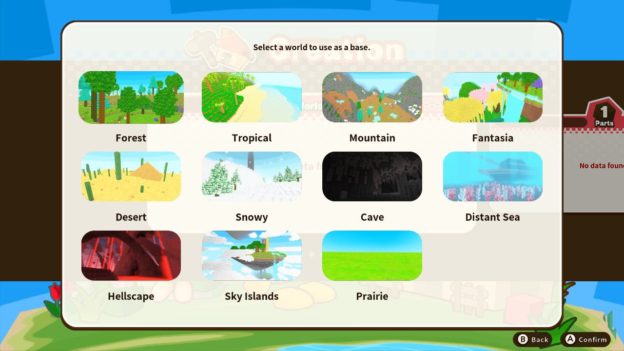 The other three modes are gameplay-related. One is Stage Creator which is as it sounds – you create a stage with rules and other players can play through it in the Plaza. When entering this mode you can choose from a variety of biomes to have your stage set in such as Forest, Tropical, Snowy, Hellscape, and a few others. Everything needs for you to create a stage is given to you from blocks such as grass, dirt, ice, etc. to buildings and furniture and placing NPC characters and enemies anywhere. There are also gimmick cubes for you to create traps or puzzle-like levels. These cubes can be spikes, TNT, invisible cubes, or even doors. Stage Creator was fun, but I’ll admit I didn’t spend too much time on it. I was more interested in the other two modes.

The Creation mode is similar to Stage Creator. You choose a biome and everything is handed to you and you have free rein to do what you want. There are no enemies, animals, or other characters of any kind. This mode is simply for you to create with the building and material blocks. This is a great way to learn the mechanics of the game as well as check out what the game has to offer. Plus, it never hurts to try to build something cool out of blocks. 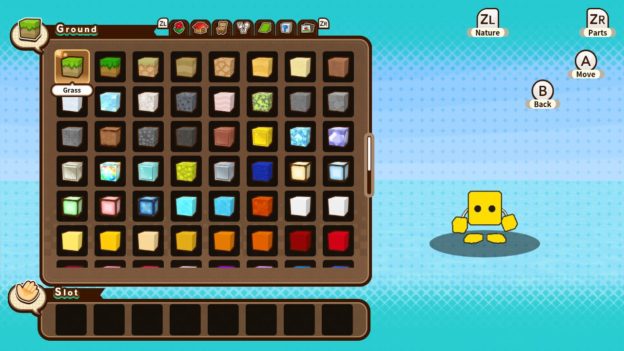 The Adventure area was the one I had the most fun with. You start off with very little. Your character is in his homeworld with NPC characters and a king. The king gives you the Forest Tablet so you can go through the portal to the forest biome. Through exploring the forest, my character fought enemies, collected various material blocks such as wood, stone, and coal, and found a few treasures. Some of the treasures being pieces of other tablets that unlock other biomes to explore. 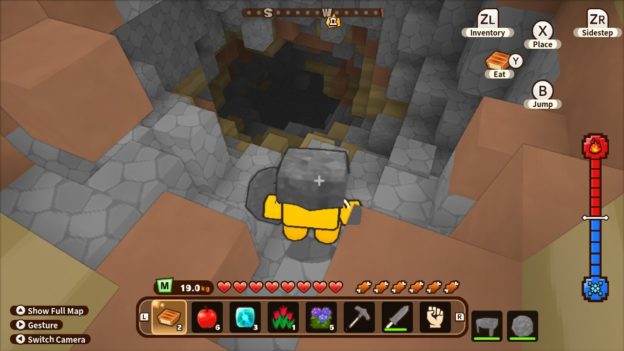 After exploring the various biomes in the Adventure mode, I noticed the graphics are a level up from what they were on the 3DS version. The worlds are crisp and bright even when it’s nighttime. The music is upbeat and catchy, even if I felt as though it didn’t match the game all the time.

Cube Creator X is a fun game to explore. It’s one to get lost in after a long day and you just need to be creative.

Cube Creator X is a great addition to the Nintendo Switch. With updated graphics, new tools and materials from the 3DS version, Cube Creator X is a must-get if you enjoyed other games in the series or if you just enjoy building and being creative.