Cybarian: The Time Traveling Warrior has joined the Nintendo Switch library. This action\platformer draws inspiration from other 8-bit platformers. Fusing arcade, beat em up, action and adventure all into one awesome little game. Take a journey to the “cyberpunk” future, learn to wield the legendary Sword of Ages and slay all of your enemies on your way to the goal. It sounds pretty awesome when you put it that way… right?

Well, Cybarian does sound like an awesome game. Heck, I think it even looks pretty awesome because I’m kind of a sucker for pixels and nostalgia and all that jazz. But, it’s starting to lose its appeal for me. I mean, side-scrolling games can only hold my attention for so long now. There are other games with huge detailed, 3D worlds for me to explore. Filled with hidden secrets and different paths and side quests and, just better graphics and an overall sense of adventure. So while these “retro” themed games will always hold a special place in my heart, they’re starting to become old. In a sense that they’re all repetitive and visually similar to the next. Especially considering the huge abundance of them that have appeared in the Nintendo Switch eShop. 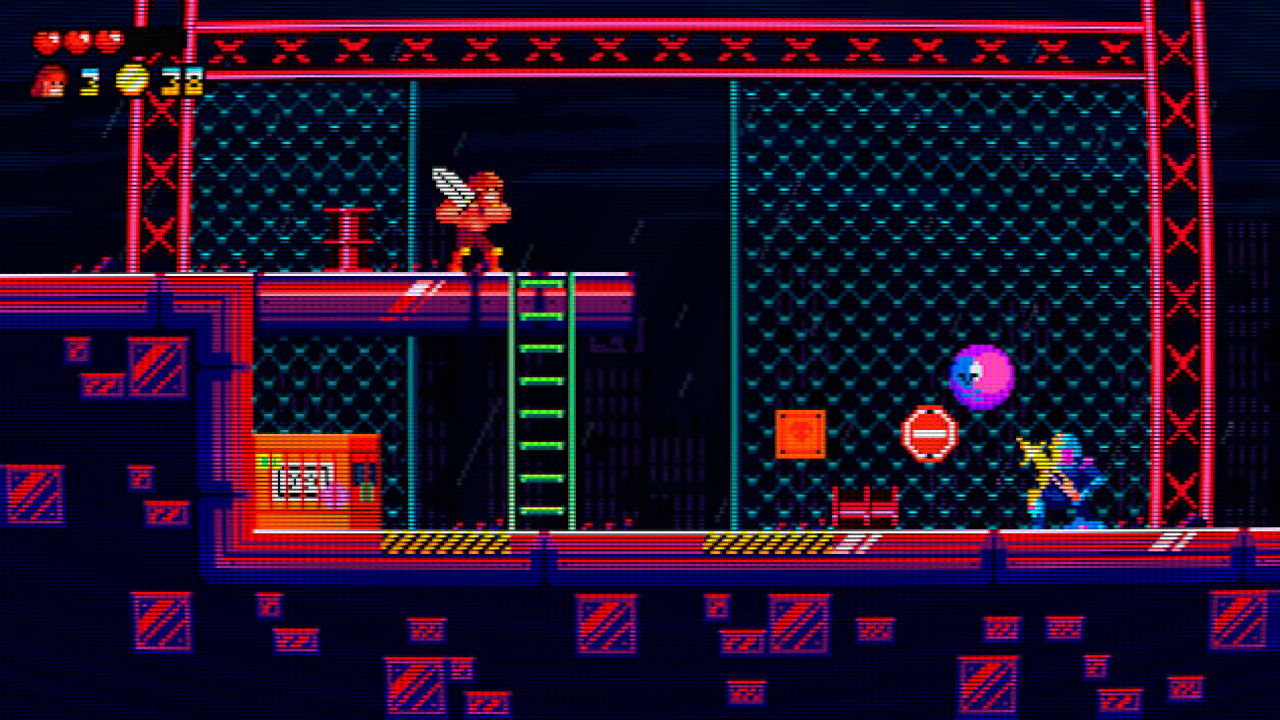 But, back to the game at hand. Cybarian: The Time Traveling Warrior does have one difference that I noticed, from the other games like it. It’s challenging. The game is actually hard. It’s hard on easy, it’s hard on normal and…. well it’s actually not that hard on hard because for some reason putting the game on hard difficulty unlocks all of Cybarians special abilities early. Allowing you to plow through a lot of the enemies in the beginning levels. Don’t ask me why… You would assume easy mode would unlock everything but it just gives you a couple more hearts so you can get hit a few more times. So oddly enough I recommend starting the game on Hard. But my biggest bit of advice, go slow and be patient. 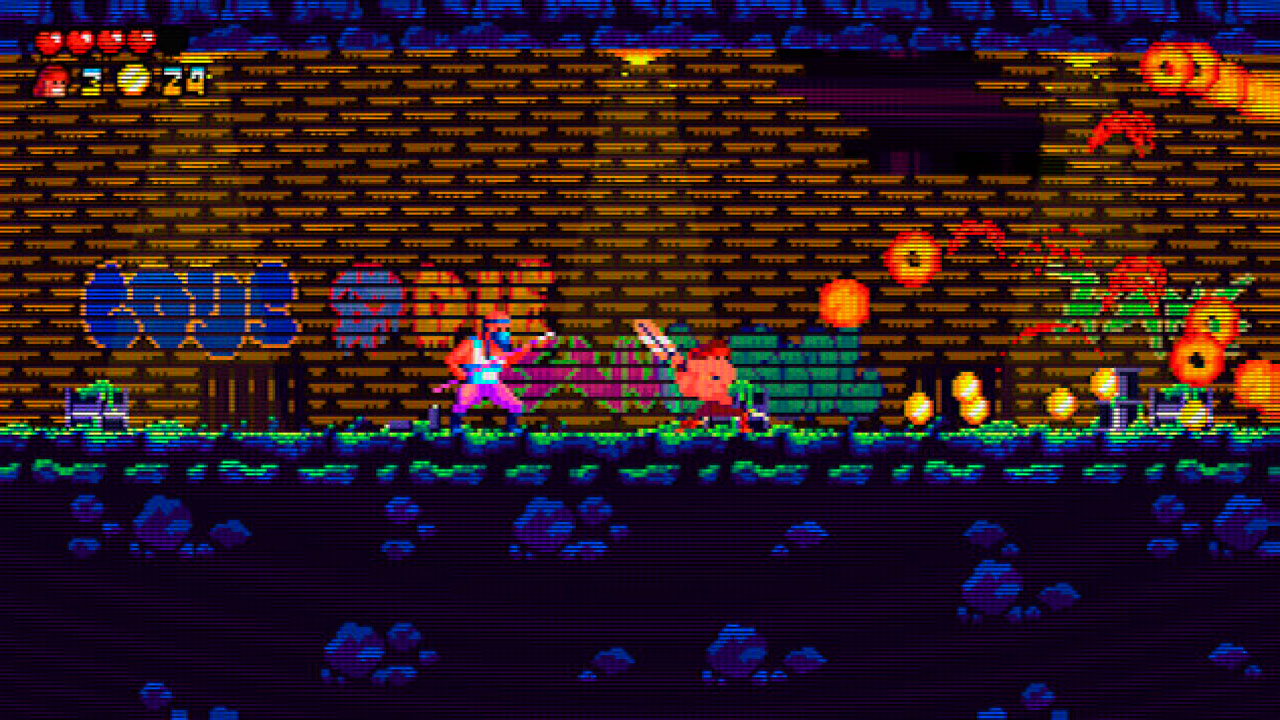 You can’t just go in button mashing and swinging your sword like a crazy person. There’s a bit of a rhythm you have to get into, which is kind of odd but different. It’s like a 1, 2, 3 kinda thing. I actually had to count when I was attacking an enemy my first couple playthroughs. If you don’t attack just the right way then Cybarian will kind of stutter with his sword and the enemy will get a hit in. It’s not hard once you get the hang of it. The hard part of the game is the enemies. Where they are placed, their weapons and how many times you have to hit them. With how frustrated I was getting it reminded me of the old Megaman games. 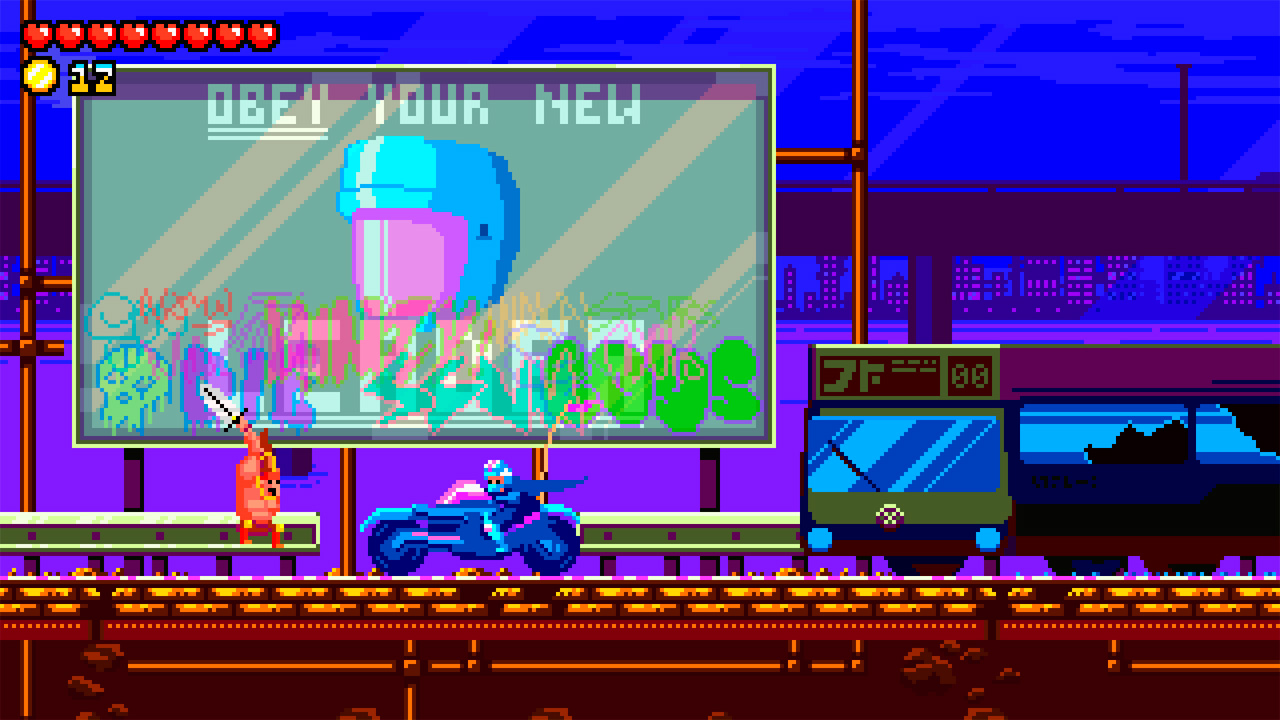 You want to avoid getting hit at all because hearts are sparse throughout the levels. Once in a while, you’ll find a vending machine that you can buy a heart from for around 40 coins. It takes a bit to collect that many coins so make sure you’re grabbing all of them as your exploring. They are hidden in boxes and fall out of enemies after they’re defeated. This is also one of those games where you have to defeat all of the enemies to progress to the next screen. So you can’t just hop around and expect to skip the hard parts. You need to defeat all of the monsters and then an arrow will pop up urging you to move forward. Like the old school arcade games. 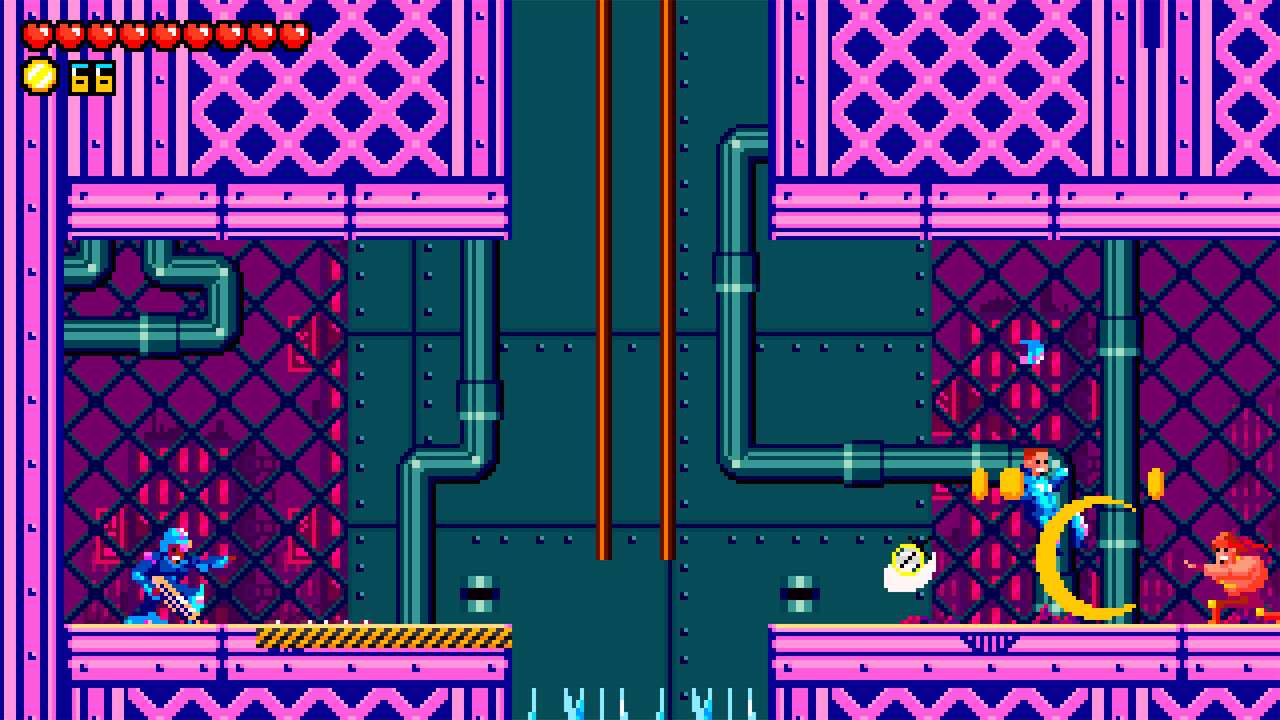 While there are only four levels in Cybarian, they are long and there are no checkpoints. You can get SOOOO far and if you die you start back at the very beginning. That was probably my least favorite part of the game. It took me a while to get past the first level and after that, I really wanted to give up. But I played on and I died a lot,  and my girlfriend played on and she died a lot, and after a while, we finally made it to level three but that’s as far as we got. I mean, I like a challenge but I’m not a masochist. 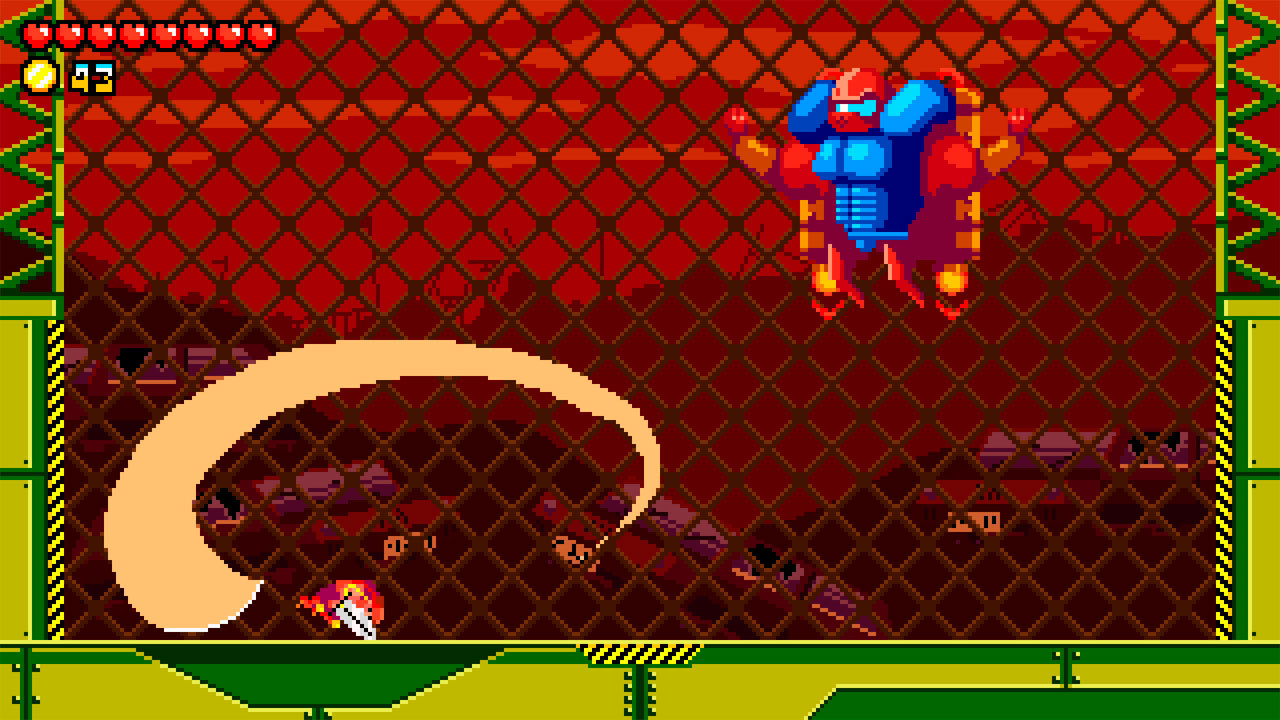 My favorite part of the game was the graphics and the music. While they may be getting old, the retro look and sounds appeal to my nostalgia and that makes me happy. The game actually stands out in the aesthetics category, so I can’t knock Cybarian for that. However, I’d love to see this little guy in a more updated version of his own game. Something more original and time travel-y. I also would have loved a longer game, shorter levels or checkpoints throughout the levels. So while some improvements definitely need to be made, Cybarian: The Time Traveling Warrior is a neat little game that will present you with a pretty good challenge for just $5.

So while some improvements definitely need to be made, Cybarian: The Time Traveling Warrior is a neat little game that will present you with a pretty good challenge for just $5.